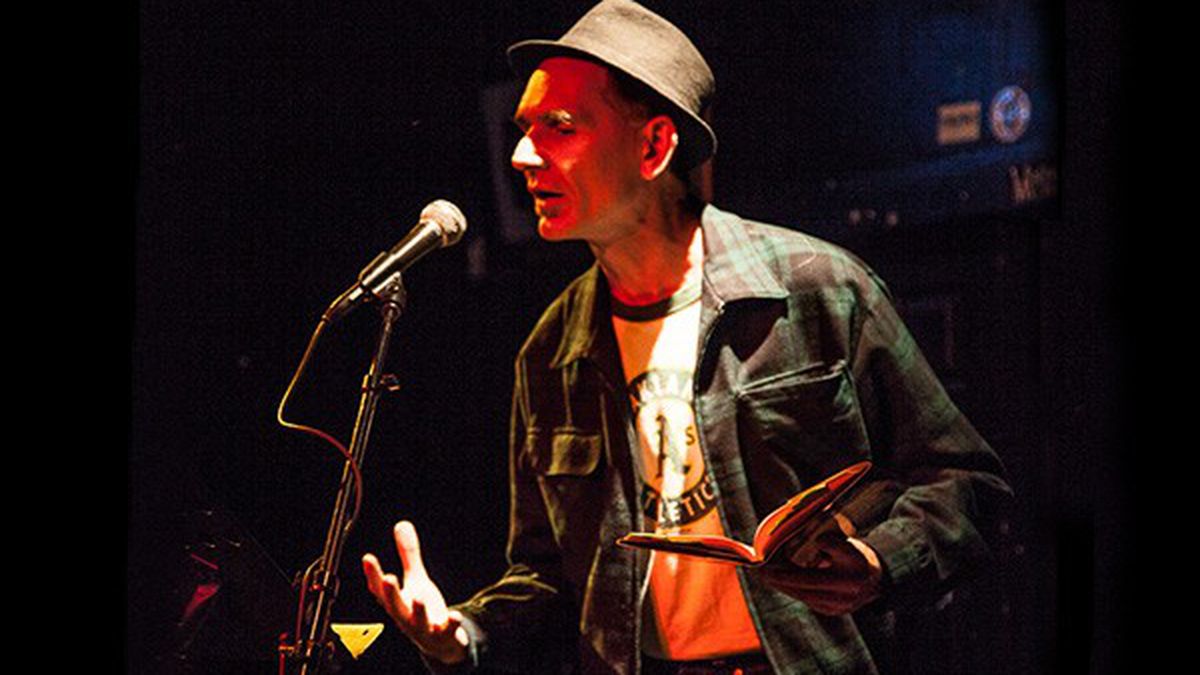 Beast Crawl is Back

In its fourth year, the East Bay literary pub crawl is more ferocious than ever.

The East Bay literary landscape is sprawling, and local poet Paul Corman-Roberts likes to describe its diverse subcultures as tribes — spoken word, storytelling, and poetry are a few examples. Thanks to Corman-Roberts and his fellow organizers, all those tribes gather once a year to take part in Beast Crawl, a full day of free literary events spread throughout downtown Oakland. This year’s festival will take place on July 11, from 5 p.m. until 2 a.m., and will constitute the largest gathering to date.

This is the event’s fourth year, so many people may be familiar with its dense structure. There are three legs that each last one hour, with a bonus fourth leg that’s actually an after-party at The Legionnaire Saloon (2272 Telegraph Ave.). During each of the first three legs, twelve readings happen simultaneously at various venues across the downtown area. The first leg begins at 5 p.m., with a half-hour break separating each.

Over the years, Beast Crawl has grown steadily, as has the local literary scene. That’s allowed the festival to involve more spaces and curators each year. This time, there are 35 wide-ranging venues, including the Senegalese restaurant Bissap Baobab, the sexy Feelmore Adult Gallery, and the popular new venue, Starline Social Club.

In terms of events, the usual suspects will make an appearance, such as the reading and performance series BustingOut Storytelling, Tourettes without Regrets, and Quiet Lightning. But there will be newcomers, too. One of those is “Brown People Don’t Read?” which will take place at AU Lounge (2430 Broadway) during the third leg. Curated by the Mills College-based writing group Sunday Stories, it will feature readers whose stories challenge the notion that narratives told by people of color aren’t as central to the American literary canon as those by white authors. “Liminal at the Beast,” also a new addition, will be a strong session of female writers curated by author Gina Goldblatt, the founder of LIMINAL, a feminist writing space in the Laurel district. That will take place during the second leg at Farley’s East (33 Grand Ave.). Also during leg two, Pochino Press and Spectrum Queer Media will be hosting a new session called “Rise!” at Club BNB (2120 Broadway), in which a number of writers and performers will address the theme of proactive resistance.

From the start, the purpose of Beast Crawl has been to make Oakland a literary destination, said Corman-Roberts in a recent interview. And, for a number of reasons, that’s slowly starting to happen. When the festival was born in 2012, there were nearly no independent bookstores downtown, and now there is a network of them that consistently open their spaces for readings — Octopus Literary Salon, Bergeron’s Books, and Laurel being a few of the newer ones. Corman-Roberts said that gatherings like Beast Crawl are important for building the strong ties that form such a network. “It’s not much different than when we were primitive people sitting around a campfire passing a talking stick,” he said. “But it still really addresses this human need for connection … it builds infrastructure for the community.”

Monday Must Read: Alameda May Lay Off Cops and Firefighters; Dems...