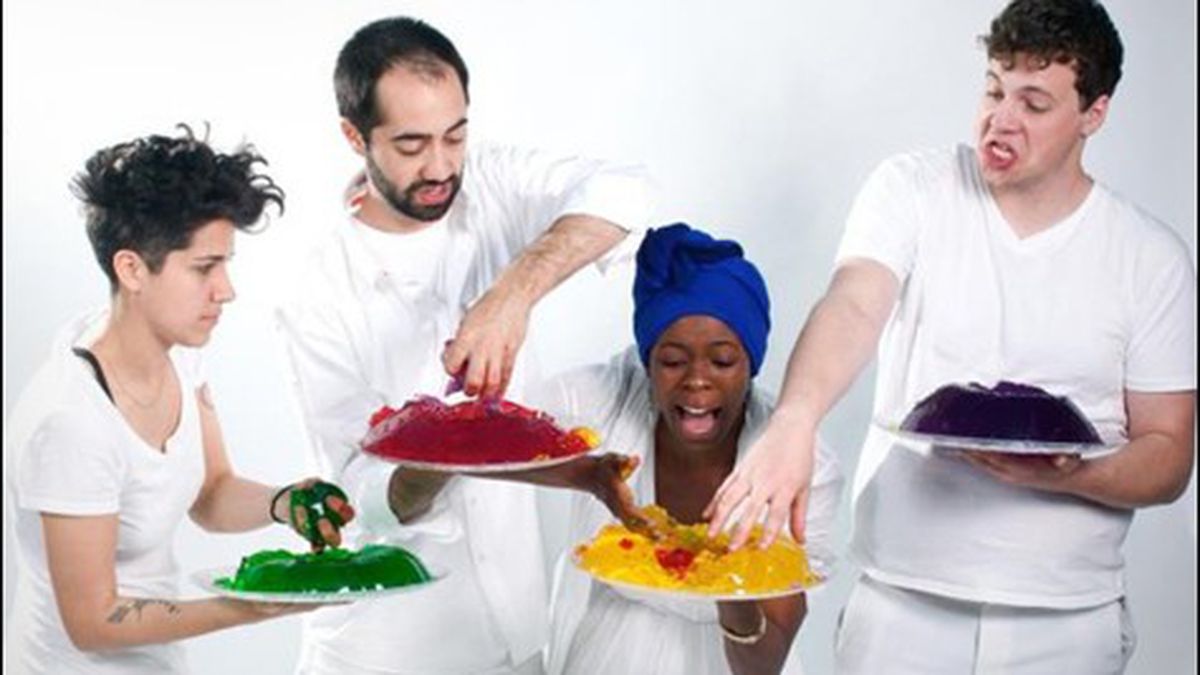 From Afropop to beach rock to electronic, I plan to cover it all.

When I was a kid, my mom would wake me up for school with a song — often “Bennie and the Jets” — and always played at maximum volume. A dozen B-B-B-Bennies later, I’d drag my ass out of bed. I still hate mornings. I prefer to be awake when the music is loud and lost people reach for it in the dark. That’s partly how I ended up writing about music, to subsidize my desire to drown myself in it every night.

I’ve been searching for music my entire life: Growing up in the suburbs collecting records, cassettes, and CDs, I overdosed on MTV, on which Axl Rose in his leather pants made my grandmother yell, “Turn it off, turn it off!” It’s in my blood: My dad had dreamed of being Bob Dylan, then a pop country singer, and now writes melancholy folk songs on his acoustic guitar when he’s not driving an eighteen-wheeler truck. He wrote me a letter when I got hired at the Express telling me to give Frank Zappa another shot and reminding me Jefferson Airplane was from San Francisco.

I started writing about music for my high school paper, then as the arts editor of my college daily, and later at weeklies, magazines, and blogs. Sometimes I even got paid for it. I most recently survived the world of tech blogging, where I once attempted a post about wanting my iPhone to make calls. I was miserable at the job, but I experienced how blogs are forced to call any minutiae “news” to feed the Googlebots. It’s changed journalism and not for the better.

People have tried to convince me technology killed music criticism, and I agree with some of their points: The blogs do cover everyone and say nothing; publicists use phrases like “buzz-worthy” and feel entitled to coverage; YouTube commenters think they’re tastemakers. But if you can shut out the cacophony of information and only listen to the music, I’d argue it’s pretty much the same today as it was when I was a kid watching MTV. A lot of the music is bad, a little of it is good, and in most cases, the number of times we hear about an artist is directly proportional to the amount of money riding on that artist. The job of the music critic is to navigate through it and tell the (extremely subjective) truth as he or she sees it. And overuse adjectives to describe what they hear.

My first concert was R.E.M. during the Monster tour at The Forum in Los Angeles. The band members looked bored, like their arms would have been folded if they hadn’t been holding instruments — except Michael Stipe, who spazzed on stage in a skirt and strained his weak voice to fill an arena. I danced in the nosebleed seats with my best friend; we were the only ones dancing in crowd of people who sat nodding their heads. A few songs into the set, a woman approached us and handed us two third-row center tickets, saying the band gave her a few every show to hand out to the fans in the crappy seats. We left our friends and sprinted down to the floor, squealing and screaming the lyrics on our way. I’ve been pushing my way to the front of shows ever since.

When I watch an artist perform, I’m waiting for a spell to be cast. I’m not there to think, I’m there to feel. At Grimes’ Noise Pop gig earlier this year, she was so drunk, the sound guy had to come out and show her how to turn on her mic. Watching her giggle and apathetically whine out her songs, even a solid track like “Oblivion” did nothing for me. As I looked around the room at the Rickshaw Stop, at the packed crowd watching the “it girl” at the “it show” of the festival, they seemed to feel little as well. It wasn’t only that Grimes was wasted and silly; she wasn’t possessed by her own music and therefore we couldn’t be possessed by it. Now, Big Freedia, in 2010 at Public Works: She got the entire crowd to strip down to their underwear and her songs covered us like the sweat on our bare bodies. Grimes is a 24-year-old white girl from Vancouver and Big Freedia is a thirtysomething black transgender rapper from New Orleans, and that makes a difference, too, in their privilege and our perception, but I walked into both shows jonesing for the same fix, and judged each on whether they gave it to me.

Live isn’t everything. The Magnetic Fields are flat in performance, yet Stephin Merritt’s music — love songs that could have been penned by George Gershwin, albums devoted to the glowering distortion of Jesus and Mary Chain, repetitive looping before anyone looped — deserves to be studied in the Western canon. I once interviewed Merritt back when I was infrequently writing freelance. I snuck out of my cubicle in the high-rise where I worked at the time, found an empty conference room, and called his publicist before I knew what to say. I ended up asking him if he had braces on his teeth as a child. It was an interview of inane questions and one-word answers, something I would have been better prepared for if I had read Merritt’s own snarky music criticism in Spin magazine and Time Out New York.

I’d rather my writing show than be snarky, which I realize isn’t the usual approach for a music editor at an alt-weekly. But I’m too excited to be negative right now. Consider the many artists who derive their sound from various music genres, which takes a lot of skill to pull off. Bells, for instance, draws from Oakland’s tradition of jazz and blues, speeds it up with Afropop beats, and breaks the flow with odd tempos and quick changes. Simple and straightforward works, too, like Shannon and the Clams tweaking beach rock just enough to create its own sound. And while we’ve explored some of the underground electronic movement, there are plenty of producers still to cover. I’ll also warn you now that I’m going to write about an Oakland-based rap-rock band you need to see live.

Having run a blog about the local music scene, The Deli, for the past two years, I’ve watched San Francisco lose what little underground it had left while art in the East Bay has grown and evolved. “Community” — an overused word that usually reeks of bullshit — exists in the East Bay. I see the same artists coming out to one another’s shows, collaborating, promoting each other’s work. Maybe you’ve lived here your entire life, like many of my colleagues at the Express, and community is commonplace, but in my experience, it’s rare. I’m grateful to be a part of it.

Best Place to Drink While Gazing at Cool Old Shit