.Bay Area Albums of the Decade

Idiots, vultures, and motorcycle clubs were among the decade's best music to emerge from the area. 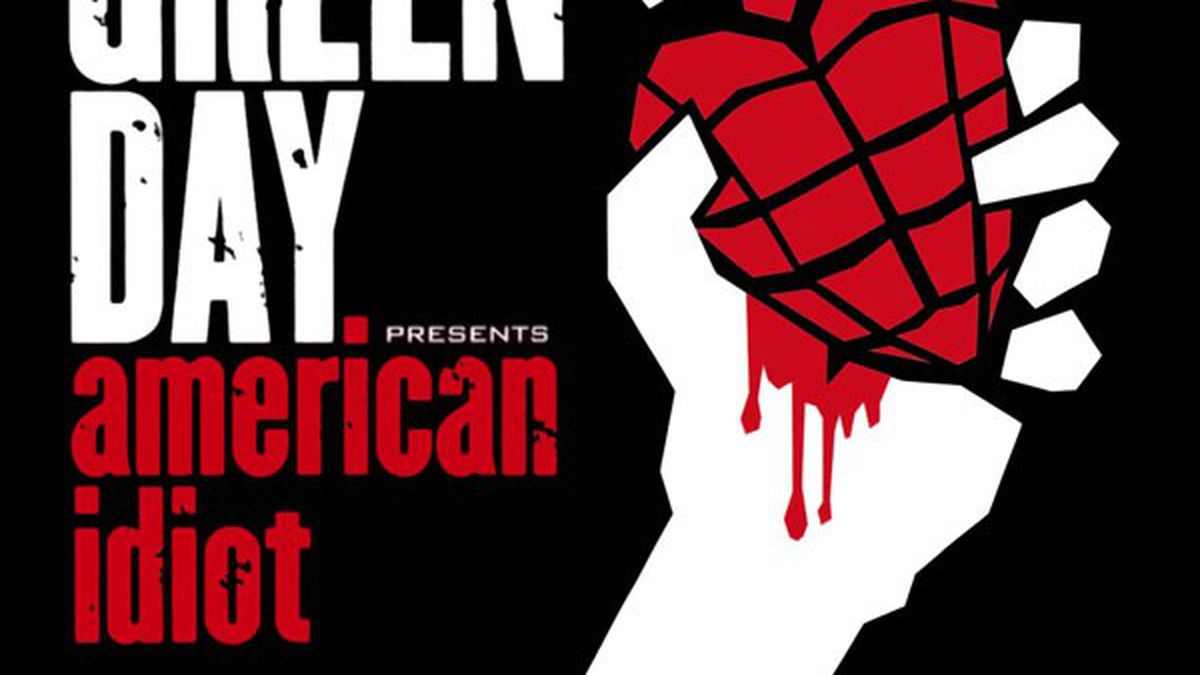 As this decade comes to a close, we thought it’d be a good time to reflect on all the excellent releases put out by Bay Area artists. We polled dozens of Express music writers, employees, local club bookers, musicians, and other industry types for their top ten records. The answers were as diverse as the scene itself — from indie rock to jazz, singer-songwriters to hip-hop, and everything in between. We tallied up the winners by awarding points based on how they ranked (number one choice got ten points, number two got nine points, etc.). The results showed that the Bay Area certainly has no shortage of the musically gifted.

Green Day’s American Idiot was the clear winner of album of the decade, but it could also have easily won the top title for the best comeback album, too. In 2003, nearly ten years after its breakthrough, Dookie, launched the band into mainstream success, Green Day was facing waning popularity and record sales. Then the “pop-punk” band sagely resurrected the rock-opera concept, a template that allowed singer-songwriter Billie Joe Armstrong to experiment with and expand his songwriting. Tapping into the anti-war sentiment that was sweeping the country, the album included amped-up, guitar-driven rock anthems (the title track) and touching, personal ballads (“Wake Me Up When September Ends”) woven into a story about a disaffected protagonist, Jesus of Suburbia, who heads for the big city. The album’s success skyrocketed Green Day back into the limelight, and thanks to this year’s strong follow-up, 21st Century Breakdown, it shows no signs of losing relevance anytime soon.

Beloved by critics and musicians yet continually underrated by the fourteen- to twenty-one-year-old male demographic whose expendable income spells a metal band’s success or obscurity, Oakland’s High on Fire has been releasing increasingly brutal, heavy, and ambitious albums since its 2000 debut, The Art of Self Defense. Rooted in the stoner-rock sound of guitarist Matt Pike’s prior band, Sleep, High on Fire took that aesthetic and made it grittier, thicker, and more, well, on fire. The band really pushed itself on its third album, Blessed Black Wings, which featured a new bassist (the Melvins’ Joe Preston, who’s since moved on), a cleaner sound (thanks to engineer Steve Albini), and stronger arrangements. The result was more upfront, intense, and explosive, as apparent in the blazing opener “Devilution.” Fans responded, and the Foo Fighters’ Dave Grohl called it “the most brutal metal album I’ve heard in years.”

By the time Rogue Wave released Out of the Shadow, the band was a foursome whose members had been playing together for about a year. But its first album was a solo affair, composed and performed entirely by bandleader Zach Rogue. That album was a virtuoso performance, and it made one wonder whether the songwriter was messing with a good thing by taking bandmates into the studio. We needn’t have worried. Descended Like Vultures, the full band’s debut LP, began with one of the decade’s most arresting opening tracks, a buoyant, circus-like melody that quickly disintegrated in shards of jagged guitar. “Bird on a Wire” not only announced the presence of Rogue’s colleagues but heralded a new musical sophistication. Songs like “California,” “Temporary,” and “Salesman at the Day of the Parade,” retained the informal charm of Rogue’s first release. But on edgy tunes like “10:1,” “Catform,” and “Love’s Lost Guarantee,” Rogue’s colleagues helped buff his endearing indie pop to an almost symphonic polish.

Before its untimely death, the hyphy movement created a small legacy for Bay Area hip-hop. It’s best encapsulated in a few slang words, a spate of radio singles, and two truly iconic albums. The first was Keak da Sneak’s 2001 hit, Hi-Tek (said to be the progenitor of all things “hyphy”). The second was E-40’s My Ghetto Report Card, which comprised twenty tracks of explosive wit and rattle-trap production — including the ubiquitous “Tell Me When to Go.” It’s debatable whether E-40 helped invent hyphy or just used it opportunistically, but there’s no question that the style fit him to a T. Hyphy was light and boisterous, emphasizing low-tech beats and sing-songy rhymes. And 40 made it smarter with his weird references (to muscle-car brands, comic book characters, and the Bible, among other things), and darkly humorous metaphors (he revealed the similarities between white girls and crack). To this day, My Ghetto Report Card remains one of the most infectious rap albums in Bay Area history. From the looped Digable Planets sample at its opening to the autobiographical ballad at its close, it represents the best aspects of hyphy — and of E-40.

The Morning Benders’ debut full-length, Talking Through Tin Cans, took the indie-rock world by storm and eventually earned the title of iTunes’ best indie/alternative album of 2008. Reviving 1960s pop-rock, the album featured up-tempo and bouncy beats, catchy riffs, and poppy and fun lyrics. Although they might be mistaken for fluff, the songs offer much more substance than at first listen. Influences like the Beatles and the Kinks can be heard in tracks such as “Waiting for War,” “Loose Change,” and “Patient Patient.” Meanwhile, darker, sadder numbers like “Heavy Hearts” and “When We’re Apart” offer an emotional contrast to the rest of album. With painfully catchy melodies, perfectly complementary harmonies, snack-size track lengths, and a lo-fi recording aesthetic, Talking Through Tin Cans is easily one of the Bay Area’s best — if not most addicting — albums of the decade.

Though they relocated to Los Angeles shortly after forming, Black Rebel Motorcycle Club started out in San Francisco, which may explain why such grit permeates the band’s 2001 debut, B.R.M.C. With roots in the Brian Jonestown Massacre, Black Rebel Motorcycle Club, like its motorcycle gang namesake in the 1953 Marlon Brandon movie, The Wild One, evoked way more smoky, leather-clad cool than one might think possible. The album’s dark, fuzzed-out, reverb-laden, psych-inflected sound came as a blast of fresh air for commercial rock radio at the time and a surprising risk for a major label. Even though the band took its influences from the late-1980s and early-1990s (the Jesus and Mary Chain, My Bloody Valentine, Ride, etc.), its debut manages to still sound relevant today.

If genre-busting is a hallmark of progressive 21st-century music, then WHY?’s Alopecia is a paragon of the modern approach. Not content to merely bounce between styles from one song to the next — the poor-man’s path to eclecticism, perhaps — frontman Yoni Wolf and his accomplices command a seamless mélange of indie-rock, pop, experimental, and hip-hop. Wolf’s nasally vocal style wavers between singing, speaking, and rapping while unraveling grotesque and often impenetrable internal rhyme schemes like Suckin’ dick for drink tickets at the free bar at my cousin’s bat mitzvah (“Good Friday”) and If I remain lost and die on a cross, at least I wasn’t born in a manger (“The Fall of Mr. Fifths”). The music, from math-rock bass lines and backward keyboard notes to hyper-slow gangsta-beats and unadulterated guitar noise, is equally curious and compelling. Great music comes in all forms, and sometimes all at once.

The opening lines of “Everythang” contained Party Music‘s mission statement. While first-time listeners might have assumed that the verse This is your motherfuckin’ party was primarily an enticement to dance, it didn’t take long to discover that the Coup expected more from us. Party Music was a call to arms, and perhaps the best revolutionary hip-hop album since It Takes a Nation of Millions to Hold Us Back. Hard-edged raps like “Get Up,” “Pork and Beef,” and “5 Millions Ways to Kill a CEO” addressed the same themes that dominated earlier Coup albums — economic inequality, police brutality, and the vaguely Marxist political leanings of MC Boots Riley. But it’s the album’s funkier and less-strident tracks that represented a breakthrough for Riley and DJ Pam the Funkstress. In “Wear Clean Draws” a father charmingly urged his daughter not to be subservient to any man. The irrepressible beat of “Ride the Fence” sold the message of taking a stand. And the bumpin’ anthem “Ghetto Manifesto” connected Riley’s ideology to the kind of party most of us had in mind.

Ask five high school friends to make an album, and 99 times out of a hundred you won’t end up with much. Sure, there are high school bands and then there are high school bands, but Dizzy Balloon, formerly Panda, stands in a class all its own. Partly composed while its five members were still students at Piedmont High School and completed following their freshman years in college, Dizzy Balloon is a pop-rock debut loaded with youthful exuberance, charm, and genuine joy. None of that teen angst to be found here; that’s the easy road for teens burdened with schoolwork, parents, and romantic tribulations. Instead, the boys wisely recognize that dates, friends, and parties are part of the magic of youth, celebrating them through songs such as “Raise a Glass,” “Young Love,” and “What Can I Do” that are as smart, professional, and catchy as any pop-rock made in the Bay Area this decade.

The history of jazz is littered with promising but unknown musicians whose careers were derailed by addiction and other misfortunes. Vocalist Ed Reed, a balladeer who delivers each song like an expert raconteur passing on hard-won wisdom, almost fell into that yawning abyss, but instead he released a ravishing album at the age of 78. Peck Allmond crafted the canny, uncluttered arrangements that surround Reed’s slightly weathered baritone with lovely counter textures, like the artful use of kalimbas on “There’s A Lull In My Life.” The ace rhythm section never lets the slow tempos drag, and Allmond is a lyrical improviser on both tenor sax and trumpet. But this is Reed’s coming-out party, and he gives the performance of a lifetime.