Even though the movement for a 24-hour BART has gotten major traction on Facebook — with 24,073 “Likes” thus far — it doesn’t look like the Bay Area’s speediest transit system will extend service anytime soon. For now BART needs the 5-hour rest period to maintain its system, which has served local commuters for nearly four decades. That said, the agency is considering a $1.2 million plan that would shift service later on Friday night, moving the last departing San Francisco train from 12:30 to 1 a.m., and the first Saturday morning train from 6 a.m. to 7 a.m. Night owls praised the plan, but BART is still waffling on whether or not to implement it. As The Chron and SF Appeal reported today, a federally mandated civil rights study showed that the shift would negatively affect low-income riders and minorities, many of whom take the first Saturday train to work. A survey of 867 late-night Friday riders and 1,021 early Saturday riders showed that more minorities — 68 percent, as opposed to 56 percent of all passengers — and more low-income riders — 53 percent, as opposed to 49 percent of all passengers — took the first Saturday train than the last Friday train. Also, about 70 percent of Saturday riders were coming to or from work, versus 40 percent of Friday riders. Such disparities might put a damper on the proposed pilot program, which BART will discuss at its next meeting this Thursday. 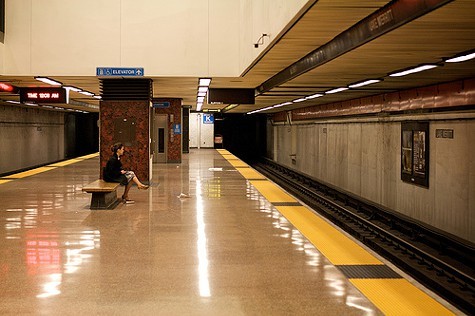