.BART Should Drop $70,000 Fine Against Protesters

Nonviolent demonstrators shouldn't have to pay a fine for exercising their First Amendment rights. Plus, California should stop pandering to the anti-vaccination crowd. 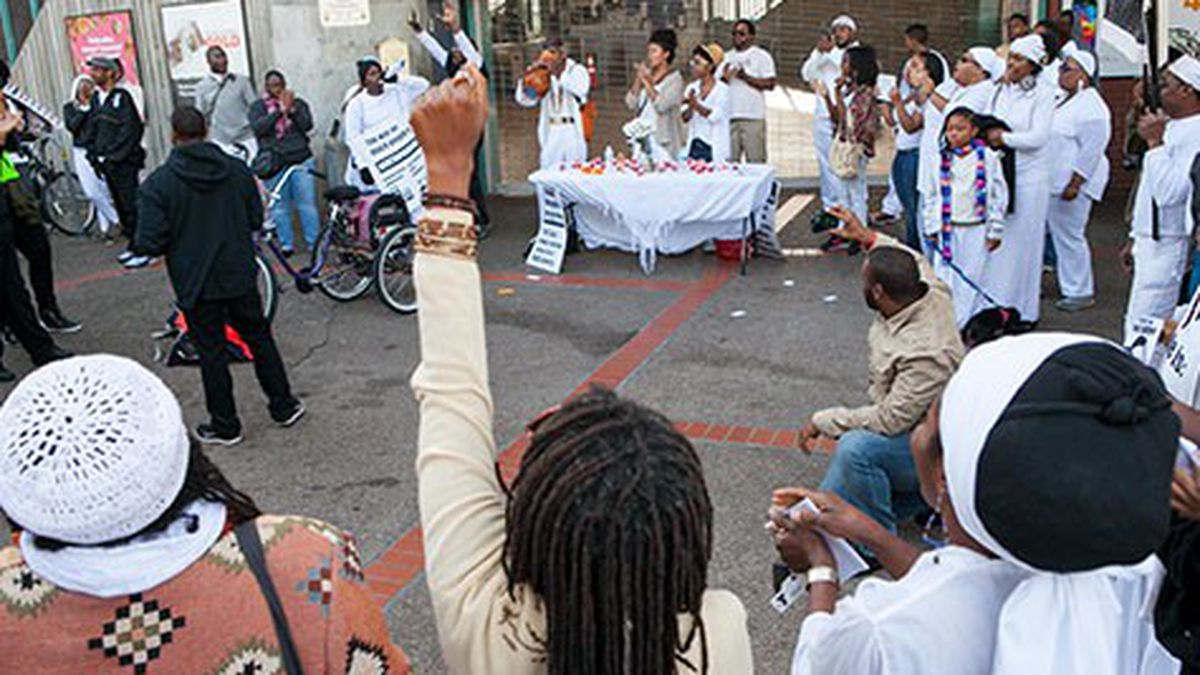 The decision by BART General Manager Grace Crunican to push for a $70,000 fine against the #BlackLivesMatter demonstrators who shut down the West Oakland BART station on Black Friday was a mistake. Crunican and BART officials claimed that the transit agency lost $70,000 in revenues because of the demonstration. However, Crunican and the BART board of directors now seem to be backing away from the fine request. And they should — not only because the Black Friday demonstration was a model for nonviolent protests, but also because BART, over the years, has repeatedly ignored the needs of black and low-income residents in the region.

The demonstration was organized by members of the BlackOUT Collective, and it consisted of African-American protesters chaining themselves, arm-in-arm, to a BART train at the West Oakland station on November 28. The protest was designed to bring further attention to the national problem of police officers shooting and killing back people and the disturbing lack of police accountability in the United States.

The BlackOUT Collective’s protest was entirely peaceful and served as an important contrast to the continued late-night demonstrations in Oakland in which groups of mostly white anarchists have smashed windows and looted stores. In fact, we called the Black Friday demonstration the “most effective act of civil disobedience in the East Bay since the Ferguson [Missouri] grand jury verdict.”

But then BART officials overreacted. Not only did they push for criminal charges against fourteen black demonstrators, but also asked District Attorney Nancy O’Malley to seek a $70,000 fine against them. Not surprisingly, the fine request sparked outrage among political activists and spurred even more protests against BART. The idea that fourteen peaceful demonstrators would be required to pay $5,000 each clearly struck a nerve. It would have been like requiring civil rights demonstrators in the Sixties to pay restitution for a bus boycott.

BART’s reaction, however, was in keeping with its historic disdain for low-income communities. The BART line, itself, ripped apart the predominantly black West Oakland neighborhood when it was built in the Sixties and early Seventies. And it did so mostly for the benefit of wealthy landowners and corporations in downtown San Francisco. As the Express noted in a 2013 report, large San Francisco property owners and companies have profited greatly over the years thanks to BART, while being mostly exempt from having to pay for a system that not only has increased their land values, but also delivers workers to them daily (see “BART’s Big Gift to Wealthy Corporations,” 7/13/13).

Late last week, BART board member Rebecca Saltzman, who represents North Oakland and Berkeley, pushed for a proposal that would ask O’Malley to drop the $70,000 fine against the black protesters. Board member Robert Raburn, who represents downtown and East Oakland, also voiced support for the plan. The BART board is scheduled to take up the measure at its next meeting, and it would be smart to approve it unanimously.

As the measles outbreak in California continues to spread — the number of reported cases reached 73 on Monday — it’s becoming increasingly clear that the state should end its so-called “personal belief” exemption for childhood vaccines. Currently, California is one of about twenty states in the nation in which parents can use the personal belief waiver. Most states only permit medical or religious exemptions for childhood vaccines.

For the measles vaccine to be effective for everyone, about 92 percent of the population needs to be have been fully vaccinated. But because of the personal belief waiver and the anti-vaccination movement, many communities in California fall well short of the 92 percent threshold. As a result, the measles, once thought to have been eradicated, has come roaring back to life.

But the anti-vax crowd shouldn’t have the right to endanger the health of the rest of us. The movement, which fears a link between childhood vaccines and autism, gained traction during the Aughts, following the revelation that the federal government had ordered the removal of the mercury-based preservative thimerosal from vaccines. Thimerosal had been used widely since the 1930s, and a study in the late 1990s claimed to have uncovered a link between the preservative and the rise of autism nationwide. That study has since been widely discredited. Moreover, thimerosal is no longer used in vaccines for children six and under (except for some flu vaccines).

As such, there is no longer a basis for the personal belief exemption in California. New York City doesn’t have it, and only 0.2 percent of public school students there have been exempted from vaccines, according to the Los Angeles Times. In California, wealthy parents who send their kids to private schools appear to be especially prone to using the exemption. For example, according to the LA Times, at the Berkeley Rose private school, the parents of 87 percent of kindergarteners in 2013 used it.

That’s not only dangerous, it’s disturbingly anti-science. Measles is a serious disease with serious consequences. And vaccines work — if they’re widely used. California, in other words, should stop pandering to the anti-vax crowd.