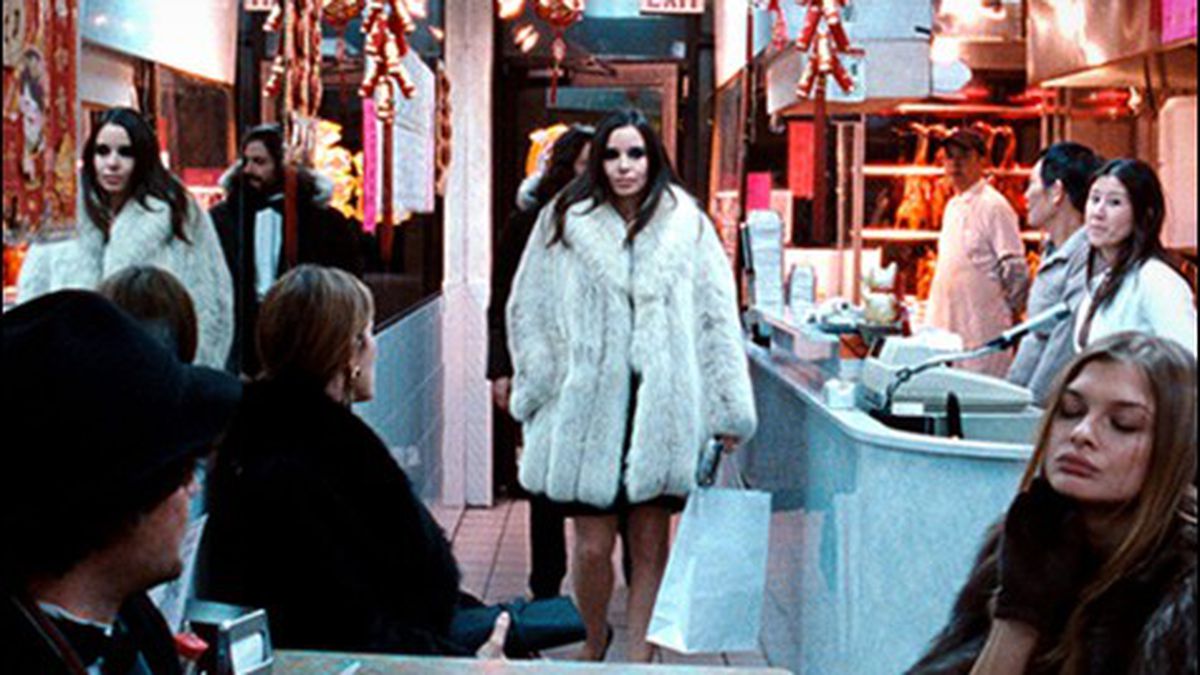 Asia is a big place, but this eleven-day festival can handle it.

The San Francisco International Asian American Film Festival, now in its 29th year, has been working overtime to expand its appeal. These days, no self-respecting urban film festival — especially one that’s trying to rope in young, upscale professionals — should go out the door without a redesigned logo and tagline, a video-gaming component, panel discussions on digital media and marketing, a few spoken-word and performance programs, and at least one evening of live music and DJs.

The eleven-day Asian American fest has all that. But somewhere on the way to packaging what its director, Stephen Gong of the Center for Asian American Media, is calling “the most ambitious festival in our history,” the center managed to find a typically diverse and arguably worthwhile lineup of films.

Festival audiences are encouraged to dig down deep into the offerings. That’s where potentially overlooked jewels like Sampaguita, National Flower are to be found. In a remarkably satisfying change of pace from sugary teenage love stories and routine overseas assimilation dramas, Sampaguita takes us to street level in the Philippines, where an army of impoverished children awakes each day and immediately goes to work earning enough pesos to get something to eat.

Writer-director Francis Xavier Pasion frames what might have been a monotonously depressing social-problem story — more or less a staged documentary using non-actors — with a generous helping of Filipino-style humor. Even when the subject is grubby ragamuffins scurrying around selling garlands of the fragrant national flower through car windows in the middle of Metro Manila traffic, Pasion’s playful on-screen list of ironic “national symbols” (including a dead bird) assures us that these kids are not prohibited from having a tiny bit of fun. Marlon, Maya, Ronalyn, Reynalyn, and the rest of the urchins are dependably adorable, but should you run into them, be sure to keep your hand on your wallet.

Filmmaker Pasion has obviously done his homework, from Luis Buñuel to Hector Babenco to Lino Brocka. Sampaguita‘s great achievement is giving the poorest of the poor a richly human face — the pathos sneaks up on us instead of parading down the avenues with trumpets blaring. Sampaguita, National Flower plays Wednesday, March 16, at Pacific Film Archive (2575 Bancroft Way, Berkeley), as well as twice at the Sundance Kabuki (1881 Post St., San Francisco).

Five minutes into Zeina Durra‘s The Imperialists Are Still Alive!, we might be tempted to shout, “Eek! Hipsters!” But don’t let the overworked Lower Manhattan milieu scare you away. This post-trendy slice of a certain kind of New York City life makes its points the hard way, with careful, seductive characterization.

Visual artist Asya (winningly played by Élodie Boucher as a sort of international Parker Posey) is a Bosnian-Palestinian-Jordanian who photographs herself nude with a head scarf to make a point about what’s seen and unseen. Javier (José María de Tavira) is a lawyer from Mexico City studying for his Ph.D. When they get together with their fashionista/scene-maker friends in and around Asya’s Chinatown studio, we become convinced that either: a) cultural revolutionaries can enjoy urban frou-frou like everyone else, or b) even party kids can join the general upheaval.

Writer-director Durra, a native of London, takes her cue from Whit Stillman‘s microscopic epics of New York life (Metropolitan, The Last Days of Disco), but with a crucial difference. Where Stillman’s films concentrate on a narrow demographic wedge of New Yorkers, mainly WASPs, Durra thrills in throwing as many cross-national characters as possible into the mix (and uses Stillman himself in cameo). Asya’s chief worry, in the opening days of the Israel-Lebanon war, is the safety of her brother in Beirut. Her “CIA spy” paranoia is played for laughs, but uneasily. Between Asya’s Arabic and Javier’s Spanish, they can talk to half the taxi drivers and maintenance men in NYC. Sometimes that’s not so wonderful. Don’t miss it when this one screens at Pacific Film Archive on Saturday, March 19.

Anna May Wong never kissed her leading man in any of her Hollywood movies. That’s the most startling fact in Anna May Wong: In Her Own Words, filmmaker Yunah Hong‘s highly watchable documentary profile of the perpetually fascinating Ms. Wong (1905-1961), the Asian-American movie superstar that somehow never was. “Never was” mostly because of Hollywood racism, as Hong’s doc takes pains to demonstrate. The industry didn’t quite know what to do with sultry, provocative Anna May, a third-generation Chinese American who was born in Los Angeles Chinatown and started working in “the pictures” at age fourteen.

As impersonated poignantly by actor Doan Ly (re-creating Wong’s cabaret act) and accompanied by period stills and footage, Wong’s career was permanently stalled by mainstream Yankee attitudes toward Asians in general and Asian women in particular. Her beauty and assertive screen presence clearly marked her for stardom, but in the manner of innumerable black and Latino players, her roles existed in a ghetto of foreshortened perceptions.

Tired of portraying slave girls and other doomed exotic temptresses in American films, Wong fled to Europe and became a top-billed sensation, for all the same dubious reasons. The most outrageous insult came when she was passed over for the starring role of O-Lan in MGM’s 1937 The Good Earth. German immigrant Louise Rainer got the part, in company with a cast of Caucasians with taped-up eyes playing Chinese. Wong never got that breakthrough Hollywood role. But thanks to Hong, Ly, and a steadfast cult of admirers, she’s as popular today as she was in 1929. Anna May Wong: In Her Own Words shows at PFA on Sunday, March 13, and two times at the Kabuki.

The hero of Chuck Mitsui‘s One Kine Day is Alston, a quintessentially slack and laid-back Oahu teenager (played by Ryan Greer) who’s revving up his jets for a career, either as a skate-shop clerk or a junior-grade pakalolo dealer — whichever comes first. This may be the first Hawai’ian movie told from the young contemporary locals’ point of view — meaning that Alston and his friends are stoned and/or drunk a good percentage of the time, fighting off Vegas Mike and his thugs with the help of the guys next door, and generally blundering around. The dialogue may require subtitles. Has a definite Cheech and Chong flavor, minus the jokes. Catch it at the Kabuki on Friday, March 11, or at VIZ Cinema (1746 Post St., San Francisco) on Monday, March 14.

Also worth a look: a reprise of Nonzee Nimibutr‘s 1999 Thai horror movie Nang Nak, in which a village man returns from war to discover, by slow degrees, that his wife and child are ghosts. Nang Nak keys After Death: Horror Cinema From Southeast Asia, a three-film mini-series within the festival, curated by Masashi Niwano. Dog Sweat is filmmaker Hossein Keshavarz‘ clandestinely produced story of disaffected young adults in Tehran, Iran, where dodging the moral police seems to be a full-time occupation. In the amiable Chinese character study The Piano in a Factory, director Zhang Meng‘s humor-laced tale of a ragtag orchestra of former factory hands amid one city’s industrial ruins, the characters spend as much time searching for food as playing their instruments.

Add to the above: Peace, director Kazuhiro Soda‘s gentle Japanese documentary about a husband-and-wife team of volunteer caregivers who can’t let go of their clients, nor their army of stray cats; Amin, documenting an Iranian player/scholar’s dedication to traditional Qashqai music, directed by Shahin Parhami (it’s an ethnomusicologist’s delight); and, from Indonesia, Tales of the Waria, Kathy Huang‘s light-hearted doc study of cross-dressing men trying to reconcile their love lives with Islamic teachings. Nang Nak (Thursday, March 17) and The Piano in a Factory (Friday, March 18) are both showing at PFA.

M/F Remix appears to be the unfortunate result of film professor and one-time Jean-Luc Godard collaborator Jean-Pierre Gorin‘s involvement with the film project of one his UC San Diego students, Jy-ah Min. In an attempt to appropriate the images and social critique of Godard’s 1966 film Masculin Féminin for an updated anti-Iraq-war tale of its times (2004), first-time auteur Min’s elliptical, tone-poetic portrait of a pair of Asian-American roommates suffers badly in comparison with the Godard — even after lifting several scenes from the earlier film to act as ballast. Both the dialogue and the music score are weak. Ms. Min is not Raoul Coutard. San Diego is not Paris. But Mimi (Mimi Goh) and Phil (Philip Westmoreland) are fairly interesting when not being pushed and pulled through the topical wringer. It screens Wednesday, March 16, at PFA.

More hits than misses. More good news than bad news. Plenty to talk about in the coffee houses. What more could one ask from an adventurous 21st-century cosmopolitan film festival? For up-to-the-minute program schedules and general festival information, visit CAAMedia.org.