.Art Off the Walls: A Guide to Open Engagement

The internationally recognized social-practice art conference will take over the Oakland Museum of California this weekend for a dynamic collision of art and activism. 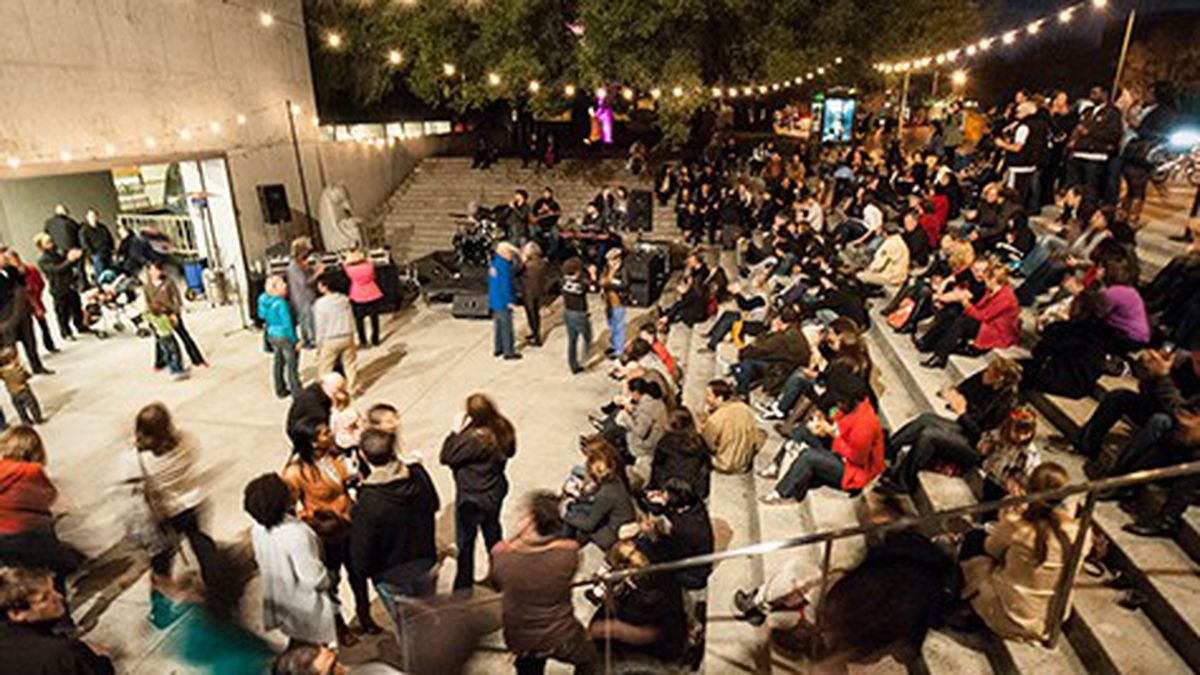 It makes sense that Oakland should be the site for Open Engagement. The traveling annual conference, which will take place at the Oakland Museum of California this weekend, is meant to showcase social-practice art — an amorphous artistic niche in which artworks take the form of interactive experiences.

It makes sense because the Bay Area has been home to many social-practice pioneers ­— avant-garde artists who were thinking outside the object-based art box before social practice even had a name. And it also makes sense because social practice has strong links to social justice. Consider, for example, the similarity of what a social-practice artist might call a “public intervention,” or a performance outside traditional art space, and what protesters would call an action.

René de Guzman, a senior curator of art at OMCA who curated this year’s conference, said Open Engagement is a place for artists and activists to collide. “I think that’s kind of a reflection of Oakland right now. There’s an ongoing political culture here, but at the same time there’s an incredibly rich and active arts culture, so we thought it made a lot of sense to offer this major conference to our public,” he said.

The theme of this year’s gathering is power, another topic that’s especially well-suited to be explored in Oakland. Curators at OMCA have already been meditating on the nebulous topic because the museum will be opening a large exhibit in October dedicated to the Black Panthers, in honor of the 50-year anniversary of the party’s founding in Oakland. “Issues of power are on everyone’s mind — when you think about conflict, when you think about social justice, when you think about police brutality,” said Guzman.

Because social practice is community-oriented art, it’s fertile ground for imagining ways of producing collective power and that’s largely what this year’s Open Engagement participants will be exploring.

The keynote speakers for the conference will be seminal social activist Angela Davis and renowned socially engaged artist Suzanne Lacy. Unfortunately, seats for those lectures already sold out, but there is more than enough programming to make attendance worthwhile — and worth the $55 weekend-long price tag.

The schedule actually begins on Thursday, April 28, with three off-site, pre-conference intensives, including CROSS-SECTOR, hosted by the UC Berkeley Arts Research Center (2121 Allston Way). The all-day symposium (with a short continuation on Friday) will featuring leaders from the SFMOMA, Oakland Museum of California, Queens Museum, Minnesota Street Project and many others discussing how we can work across public and private sectors to support the arts.

Friday will feature a full day of more offsite programming for the Open House portion of the conference, designed for attendees to get a sense of the Bay Area’s rich social-practice art scene. This will include a fair at the Omni Commons (4799 Shattuck Ave., Oakland) showcasing its many residents alongside other Oakland collectives; a tour of the Yerba Buena Center for the Arts’ Take This Hammer exhibition led by curator Christian L. Frock (701 Mission St., San Francisco); and a presentation of innovative projects by Alternative Exposure grant recipients at Southern Exposure gallery (3030 20th St., San Francisco), among other events.

Then, on Friday night, the museum’s weekly block party, featuring free programming inside and food trucks outside, will overlap with the Open Engagement kickoff party, which will include some of the weekend’s most playful events. For instance, “Politaoke” will invite attendees to do karaoke, but for political speeches instead of songs.

But those are just the pre-conference extras. Saturday and Sunday events will take place throughout the day, often at overlapping times, at various locations inside the museum (1000 Oak St.), and will be divided into a handful of categories.

“Open Platform” events are quick, fifteen-minute presentations given by artists and activists as introductions to their work. Examples include artist Tatyana Fazlalizadeh explaining her famous guerilla wheat-paste project Stop Telling Women to Smile, and “Artistic Capital and Culinary Innovation to Shift Economic Power,” presented by the collective art project CONSUMPTION.

Power Projects are interactive performances and situational stagings, such as Stairwell’s (artists Sarah Hotchkiss and Carey Lin) 90-minute walking tour, which will trace the evolution of electrical energy in Oakland through group games, unconventional data collecting, and impromptu field recordings.

Meanwhile, the Conversation Series will include small, participatory, 50-minute dialogues set in various corners of the museum’s eclectic collections gallery, including topics such as how to form connections between environmental art and social practice, and how to confront white privilege within art world settings.

But, as social practice goes, most of the programming can’t be confined to any specific category. The rest of the schedule is filled out with a variety of events that simply fall under the theme, from a workshop called “‘Shoot Back’: the game changing action of recording police encounters,” to a talk by the Center for Tactical Magic (a collective dedicated to the coalescence of art, magic, and political tactics) called “From Houdini to Snowden: What Magic Can teach Us About Power.”

In terms of understanding why Open Engagement is important, “Power to Engage: What are Artists and Art Museums Learning from One Another?” will be a standout event. For decades, social practice art has presented a conundrum for museums because it’s often so difficult to describe and contain within traditional artistic terms. But SITE Santa Fe and the Guggenheim Museum are two institutions that join OMCA at the forefront of embracing the discipline. The “Power to Engage” panel will host curators from the three museums alongside social practice artists to discuss how art institutions can best incorporate socially engaged art into their programming and the radical potential for that inclusion to make museums more democratic, dynamic spaces.