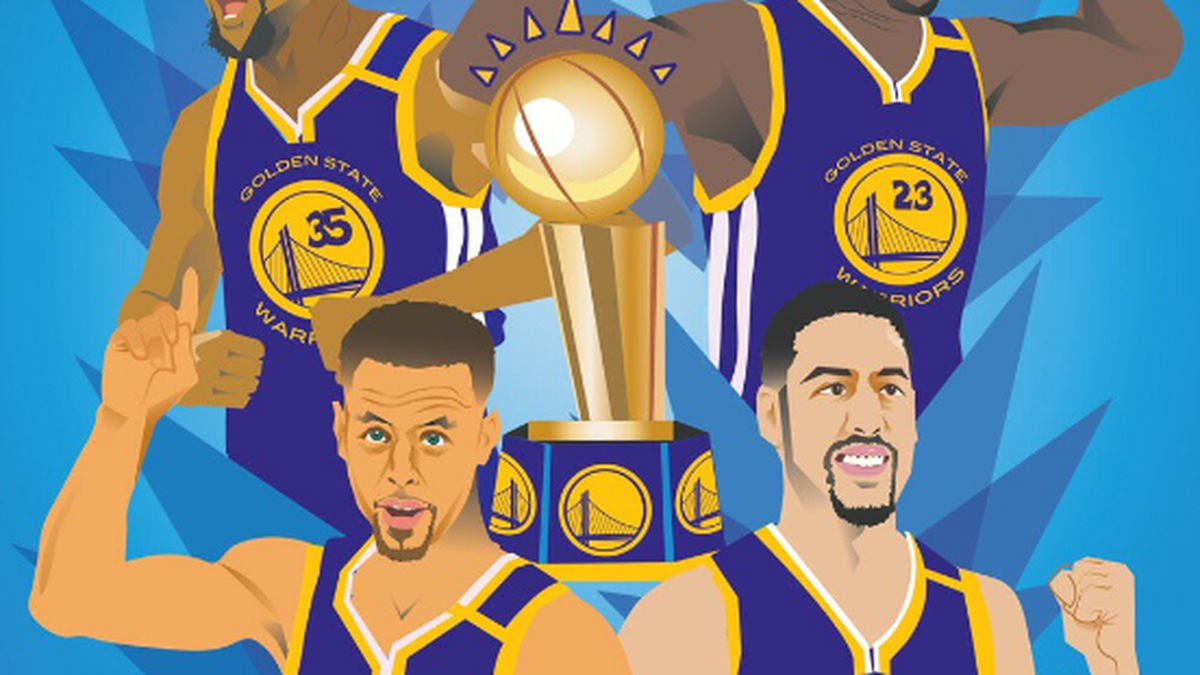 Are the Golden State Warriors a Dynasty? Obviously.

Let me first concede that, as an enthusiast of what several of my colleagues refer to as “the sportsball,” I probably wouldn’t know a dynasty if it posterized me.

I came into this world a few years too late for the “Swingin’ A’s” clubs of the Seventies. At one point, the Oakland and Los Angeles Raiders were the “Team of the Decades” — but that faded and fizzled like a bad hand at the blackjack table, and the Silver and Black have never achieved dynasty status.

Moreover — bizarrely — I grew up a Sacramento Kings fan, instead of a fellow Run TMC admirer, so I get little satisfaction from this year’s Golden State Warriors cruise through the NBA playoffs, except to maybe feel a smidgen of warmth because of fellow East Bay denizens’ supreme glow.

I do recall, though, the gravitas of the San Francisco 49ers during the Eighties and Nineties, when Joe Montana, Steve Young, and company won five titles in 13 seasons. Those squads not only dominated the sports tapestry during most of my childhood, but they also overtook the Bay milieu with an inimitable Niner culture. Their run felt very different than even the recent S.F. Giants titles, an admittedly imposing three in five seasons, but sullied by missed playoffs and the sense that the squad was more wildly charmed than eminently talented and built for the long-haul.

And so, enter Golden State and its vaunted, high-firepower Death Lineup: Are we witnessing, as the sports blowhards are debating this week, a “Dubs Dynasty”?

Detractors will point to last year, of course, and the 3-1 meltdown, their logic being that dynasties don’t choke. But this is nonsense; the New England Patriots are clearly some kind of dynasty, and that squad choked not once, but twice to the New York Giants.

I’d like to argue that, like the Patriots — and the Los Angeles Lakers or the New York Yankees before them — there must be an element of umbrage, of jealousy, in the dynasty equation. This of course applies to the 2017 Warriors, a team so badmouthed and shunned that one nearly forgets they beat the greatest basketball player on the planet — twice, in three years, while in his prime.

Are the Warriors a dynasty? Obviously. So, perhaps the more pressing dilemma is whether the team’s Big Four will make the sacrifices to stick together in the coming years, as Oakland passes its legacy team off to that city on the other side of the bay.

Facebook
Twitter
Linkedin
Previous articleReports: Warriors Unanimously Reject Trump White House Visit After Winning Championship
Next articleLetters of the Week: Our Readers Chime in on Gentrification and the closure of Picán