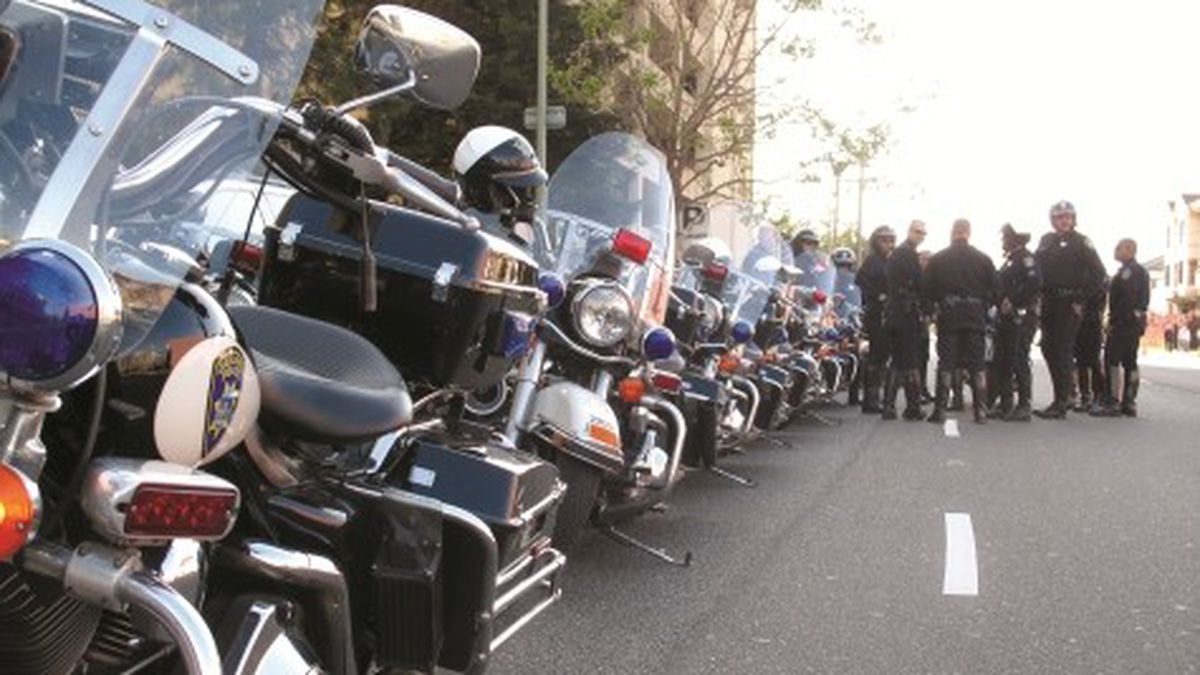 Are More Cops the Answer?

Some Oakland politicians and groups are pointing to research by UC Berkeley faculty as proof that the city needs to add hundreds of police officers, but other studies contradict that conclusion.

Mayor Jean Quan’s budget proposal would boost Oakland Police Department expenditures by more than 14 percent over the next two years, and would direct more than half of new tax revenues collected in the city to OPD. Quan’s plan is to increase the size of the force from the current 648 cops to about 700 officers by 2015. Some city leaders and political groups, meanwhile, are pushing for even more spending on police. Make Oakland Better Now!, an increasingly influential political organization that advocates tough-on-crime measures and counts Councilwoman Libby Schaaf as a founding board member, is campaigning to increase the size of the force to nine hundred officers.

To back up this policy push, some councilmembers, led by Schaaf, are increasingly relying on the opinions of two UC Berkeley School of Law faculty: Franklin Zimring and Justin McCrary. Both Zimring and McCrary are proponents of the theory that crime will drop if the city spends more money to hire cops to patrol Oakland streets. But in their rush to beef up the city’s troubled police department with more officers, Oakland’s leaders are ignoring entire fields of research that show that more cops aren’t necessarily the answer.

Professor Zimring has been working at Boalt Hall since 1985 and is known as one of America’s most senior criminologists. He has spent the last decade supporting the policies of current New York City Police Commissioner Ray Kelly — New York’s top cop during the early 1990s, who is largely responsible for instituting policies like stop-and-frisk, and was reappointed by Mayor Michael Bloomberg in 2002.

In 2011, Zimring wrote “How New York Beat Crime,” a study of New York City’s significant reduction in crime since the early 1990s. Using NYPD data, Zimring concluded that the city’s homicide rate fell 82 percent from its 1990 peak, while burglary fell 85 percent and robberies fell by 84 percent — declines that exceeded national drops in crime during the same period. Zimring argued that New York City achieved this success by massively increasing the size of its police force, targeting open-air drug markets and high-crime neighborhoods for “saturation” patrols, and by using the crime-tracking software CompStat. The professor published his findings in Scientific American, and later published a mass-market book on the topic.

“The largest police department in the USA added 41 percent to its officer count,” Zimring told the Oakland City Council’s Public Safety committee last month. “That was the equivalent of the NYPD almost adding the entire Chicago police department between 1990 and 1999.”

Zimring’s advice to the council was echoed by UC Berkeley law professor and economist McCrary at a recent public presentation at Holy Names University. The presentation was part of Schaaf’s Safe Oakland Speakers Series, which she is financing through her campaign officeholder account, which is funded by political donations. In his research, McCrary uses the concept of “elasticity,” a proposition from neoclassical economic theory that explains the relationship between changes in prices and demand, and claims to have observed within his data that a 10 percent increase in police staffing levels causes a 5 percent reduction in crime. He argues that this relationship goes both ways; a 10 percent reduction in police officers will cause a 5 percent increase in crime rates.

A 10 percent increase in OPD’s sworn officer count, McCrary told the Oakland audience, would roughly “increase costs by as much as $12.9 million, but would deliver safety benefits valued at roughly $38 million.

“The evidence is clear: Increased policing levels result in lower crime rates,” McCrary continued. “Police have a decisive effect on crime. Just focusing on the pure bodies, the number of sworn officers is very effective.”

McCrary is also an advocate of hotspot policing as well as advanced surveillance and communications technologies: “The cities with the biggest crime drops have done two primary things: invested in police numbers and in new techniques — primarily saturation policing and aggressive use of information technology,” McCrary said. Like Zimring, McCrary advocates for stop-and-frisk with the caveat that it be implemented in a “less controversial” fashion, without “violating the rights of individuals.”

McCrary believes that most American cities are under-policed, and that Oakland is the poster child. “In my mind we could easily tolerate the doubling of the number of police in Oakland,” McCrary said.

But did New York really “beat crime” as Zimring contends? And are sheer numbers of officers as effective in improving public safety as McCrary claims? Other experts reject Zimring’s analysis of New York and McCrary’s broader theory tying crime rates to the number of cops.

For example, two New York City criminologists, John Eterno and Eli Silverman, have concluded that New York’s crime stats have been distorted over the years by the police department’s CompStat system, which tracks crime trends and applies substantial pressure on police commanders to reduce crime in their districts. In their groundbreaking 2011 book, The Crime Numbers Game: Management by Manipulation, which was based on surveys of 491 retired NYPD captains and in-depth interviews with 30 of the former cops, Eterno and Silverman found that NYPD supervisors, under pressure to deliver favorable figures to the CompStat-obsessed brass and politicians, routinely downgraded offenses and encouraged officers to omit certain types of crimes from reports. This is why NYPD could claim a 50 percent drop in assaults between 1999 and 2006, even while hospital records for these same years showed a 90 percent increase in emergency room visits for assaults, a 129 percent surge in ER visits for firearms assaults, and a 15 percent rise in hospitalizations for assault-related injuries, Eterno and Silverman found.

The flawed NYPD statistics exposed by Eterno and Silverman form the bedrock of Zimring’s research.

At the same time, research by other leading academics attributes the underpinning factors of criminal behavior to wealth disparity, education gaps, and other disadvantages resulting from generational poverty — and not to the number of police officers a city employs. “Police are not the solution to crime,” said Lauren Krivo, a professor of sociology at Rutgers University. Krivo has studied the social and economic conditions of inequality that produce criminal behavior for decades.

McCrary also has asserted that economic and demographic issues are among the most overstated factors in what causes crime, a claim that Krivo said was “completely incorrect.”

“In numerous neighborhood crime studies, the strongest and most consistent predictor of the level of crime is the level of disadvantages facing members of the community,” Krivo said. “This has been shown for decades.”

Krivo has administered multiple long-term studies of crime and inequality in dozens of US cities with backing from the National Science Foundation. Krivo most recently studied crime in 91 cities, taking into account numerous variables about the social and economic conditions of neighborhoods. Her research showed that violent crime is prevalent in certain neighborhoods because of income inequality. The source lies in the structural conditions of urban neighborhoods that lack jobs, opportunity, and access to good schools, health care, and other benefits that upper- and middle-class people usually take for granted.

A recent IBM study on police expenditures, Cashing the Public Safety Dividend, included additional critiques about the link between the number of cops and crime rates. Like McCrary’s research, the IBM study used economic theory to conceptualize how police spending and force levels relate to changes in public safety. But instead of using elasticity, the IBM authors found that police spending is more readily explained in terms of having a declining marginal rate of return. Up to a certain point, hiring more cops might help reduce crime, but above a certain point, the returns — the crime rate — simply don’t change, the authors found. In fact, a city can spend too much on its police, neglecting other services and investments that can worsen income inequality and result in more crime.

“Spending on police services is considered the primary means that local governments have at their disposal to deliver their goal of public safety, yet that spending does not appear to be a major driver of safety outcomes,” the study’s authors concluded. Instead, IBM’s number-crunchers found that “public safety appears to be the product of a large set of social and economic conditions, most of which are not related to policing activity.”

With such research in mind, recent federal, state, and local budget cuts to social-safety-net programs that are designed to help low-income families could have a much larger impact on crime in Oakland than the number of police officers. In addition, income inequality is already extreme in Oakland. The US Census Bureau’s 2009 index of household income inequality ranked Oakland/San Francisco as having one of the most severe divides between the rich and the poor in the country, ranking alongside New Orleans and Birmingham, Alabama.

Oakland’s non-police employees have picked up on this more holistic analysis of the causes of crime and are pushing back against the idea that a bigger budget for OPD and more cops will fix things. “Don’t get us wrong, we are not anti-police,” said Dwight McElroy, head of SEIU 1021’s Oakland chapter. “We live in Oakland, in the neighborhoods hardest hit by the recession and by violence. But public safety is about more than police.”

During one recent budget hearing, Millie Cleveland, an Oakland resident and SEIU organizer, talked about her fear for her sons growing up. “I have had to counsel my high school sons, young African-American men, on how to interact with cops because I’m afraid for their lives. We have a police department that is headed for federal receivership because of how it treats our residents. How can you keep throwing money at that?”

Facebook
Twitter
Linkedin
Previous articleWatch: The Official Trailer for ‘Fruitvale Station’ Is Out
Next articleWednesday Must Reads: Assembly Speaker Perez Rewarded Big Fundraisers; Brown’s Budget Boosts Spending for Schools, But Nothing Else