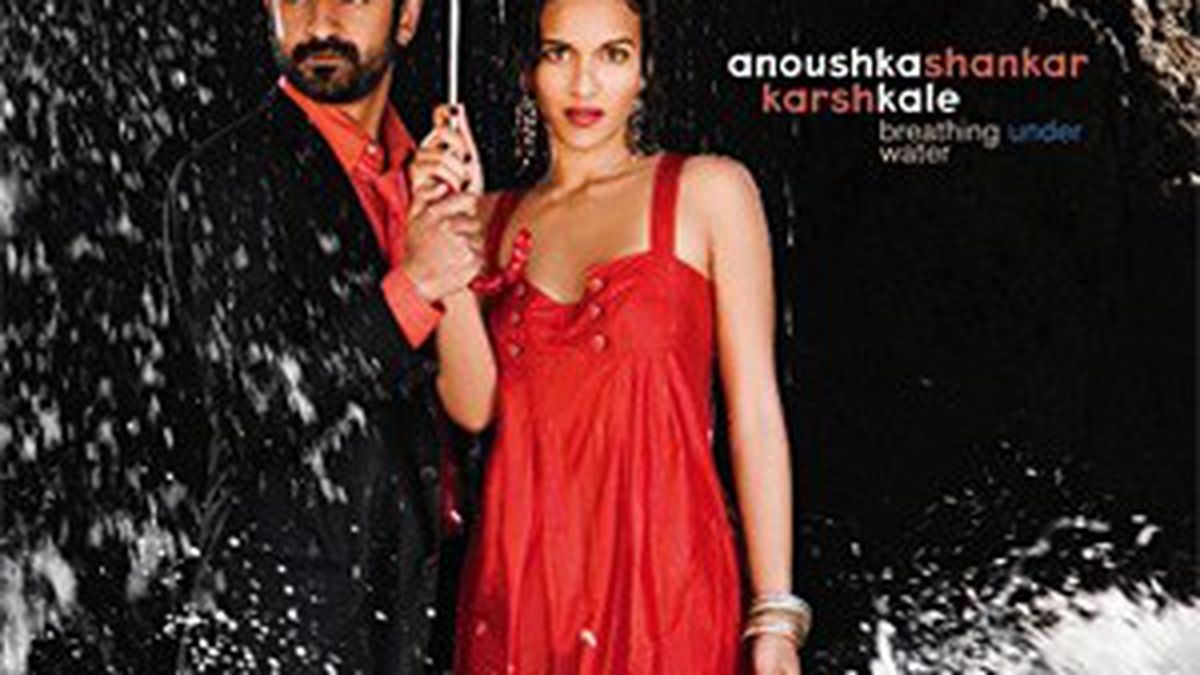 Throughout her career, Anoushka Shankar has had a tough time proving she isn’t just an assiduous pupil or privileged disciple of her father, the famed Indian sitarist Ravi Shankar. Her 2005 Grammy-nominated album Rise followed a traditional raga format — opening with a meditative morning prayer and closing with a serenade for the Moon — but updated it with Burning Man-ish adornments including didgeridoo, beatboxer gulps, and tabla players verbalizing the taka tooka taka rhythms they’d normally pound on their instruments. Breathing Under Water, which Shankar presents in collaboration with Six Degrees electronica producer Karsh Kale, strays even farther from her classical pedigree — save for the oddly anachronistic “Little Glass Folk,” which, with its rich string arrangement by Salim Merchant, could almost be a Vivaldi composition.

But that’s an aberration. Throughout most of the album, Kale and Shankar combine Bollywood and worldbeat stylings to create a strikingly modern sound — so modern, in fact, that the tenth track “Abyss” kicks off with what sounds like the same echoing drum fill hyphy rapper Balance used in his stripclub-ready number “Grind.” Other songs, such as the club-oriented “PD7,” borrow straight from the Rise playbook, usually with splendid results. Still, in an effort to merchandize herself, Shankar sometimes errs on the side of tawdry commercialism. On “Sea Dreamer” she tries too hard to imitate the easy-listening style of her pop-singer half-sister, Norah Jones — who guest stars on Breathing, along with, er, Sting. Such missteps are typical of the enterprising Anoushka, who obviously has chops, but hasn’t really cut her own cloth yet. At least she’s well connected.