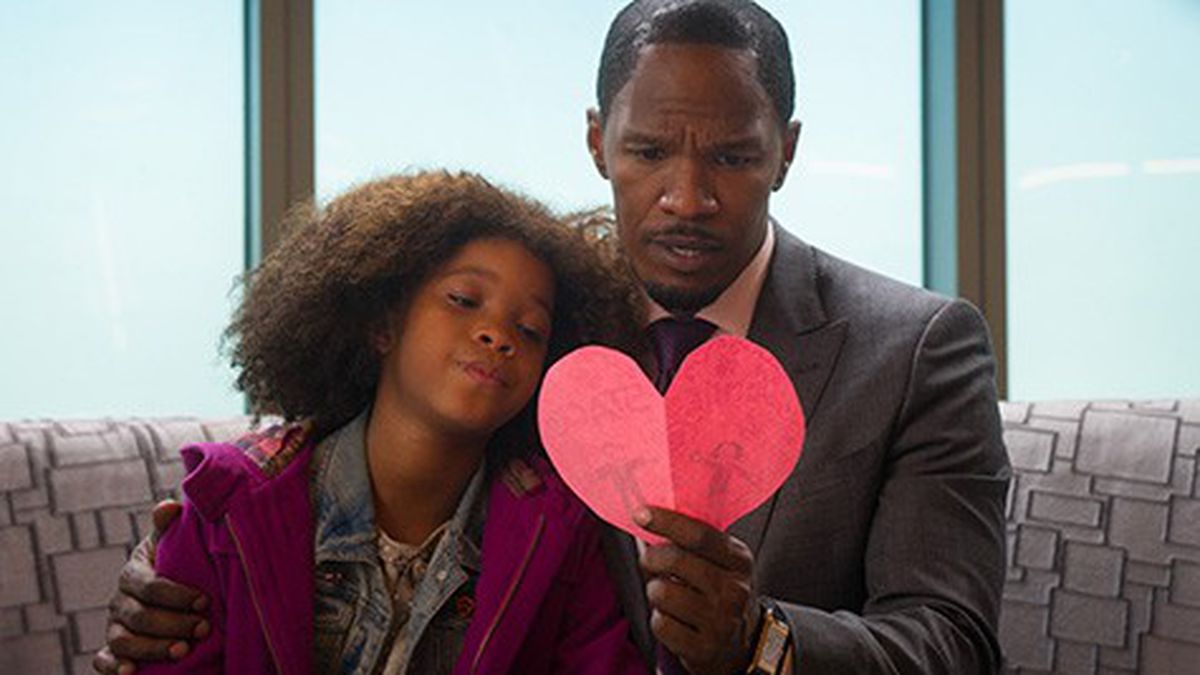 It's still a hard-knock life.

If ever there were an entertainment franchise that needed some updating, it’s Little Orphan Annie, the basis for the charming new family-style romantic comedy Annie. The durable, well-traveled kid was born in 1885 in James Whitcomb Riley’s poem “Little Orphant Annie,” then was spun off into a daily newspaper comic strip by Harold Gray in 1924. In 1977, during a wave of nostalgia for the days of the Great Depression, Annie’s adventures became a Broadway musical, then director John Huston made a 1982 live-action film version starring Aileen Quinn, Albert Finney, and Carol Burnett. And in 1999, Rob Marshall directed a version starring Kathy Bates and Alan Cumming.

Now, we are at the end (we hope) of the Great Recession, and the story of an unwanted eleven-year-old girl making her way in a money- and power-mad world is just as timely as it was before the invention of social security and the eight-hour work week. Maybe more timely.

The 2014 Annie is African American, played by the appealing juvie actress Quvenzhané Wallis (Beasts of the Southern Wild) as one of five unhappy girls without families living with their drunken, avaricious foster mother, Colleen Hannigan (Cameron Diaz, in full predatory mode), in a Harlem apartment. As luck — and the screenplay adapted by director Will Gluck and Aline Brosh McKenna from Thomas Meehan’s stage play book — would have it, Annie’s path crosses that of Will Stacks (Jamie Foxx, playing it straight), the billionaire mobile phone king, who is running for mayor of New York and needs something — such as a sweet, pitiful orphan — to give him some good publicity. Selfish bachelor Stacks gives Annie a home and it takes about ninety screen minutes for her to melt his heart. Awww.

The songs are ten times better than the ones in Into the Woods, and young Ms. Wallis sings with a genuine Shirley Temple look on her face, an expression that cannot be rehearsed. Rose Byrne (as Foxx’s love interest, Stacks’ media aide), Bobby Cannavale (Stacks’ manipulative assistant), and Diaz all contribute to the clockwork mechanism of the plot, which suggests that rich people need love as much as poor people need money, or some such bullshit. Anyway, the cast clicks and so does the story.