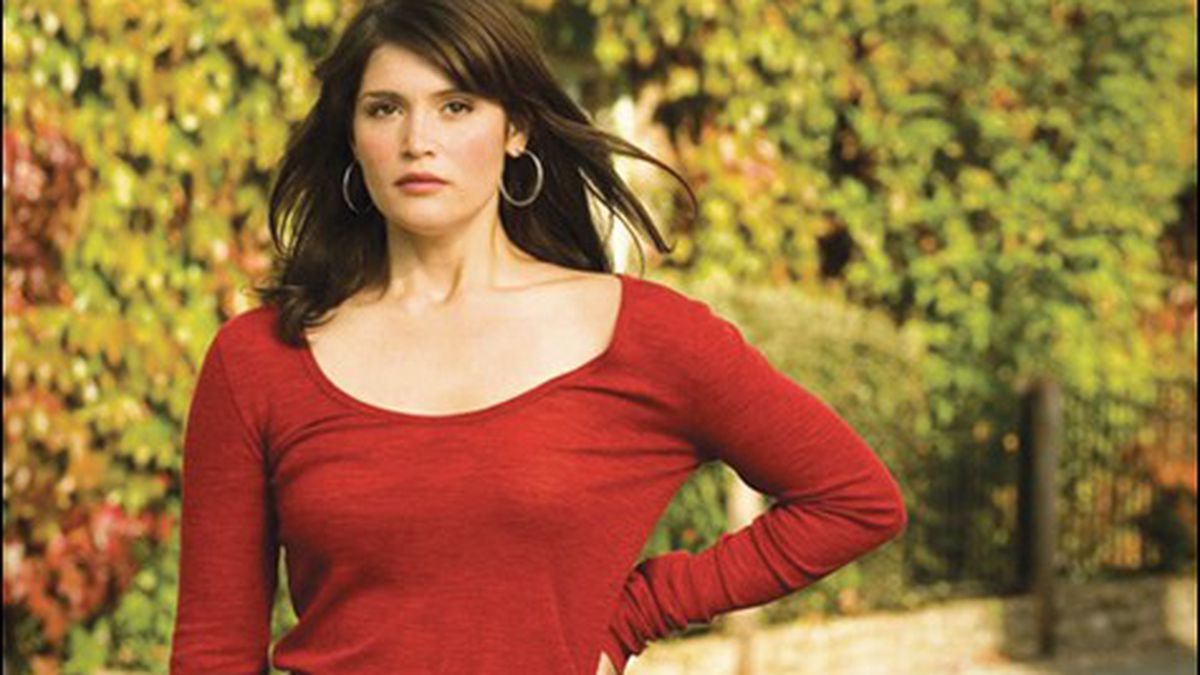 Writers in heat, and a man and his best friend.

If we’re talking about Thomas Hardy, it must be fall. It’s practically illegal to discuss Hardy or any other author of literature, dead or alive, in a film review during the holiday, Academy Awards, summer access (previously known as spring), or summer movie seasons. However, when autumn arrives, anything goes, even a loose adaptation of Hardy’s Far from the Madding Crowd, dressed up by English graphic novelist Posy Simmonds (Gemma Bovary) as a sexy, good-natured, slightly sinister comedy of 21st-century manners called Tamara Drewe.

Veteran director Stephen Frears and screenwriter Moira Buffini adapted Simmonds’ narrative almost exactly as originally written — with one notable deviation that constitutes a major plot spoiler, so we won’t discuss it. As Buffini explains in Sony Classics’ press notes for the film, a graphic novel provides filmmakers with a ready-made storyboard. Simmonds’ character-rich scenario seems ideal for the gimlet eye of Frears (The Queen, Dirty Pretty Things, The Grifters, Prick Up Your Ears), a reveler in the ebb and flow of social inequality.

The setting is a writers’ retreat called Stonefield, nestled in the romantic Dorset countryside in the Southwest of England, just outside the village of Ewedown. It’s one of those places where writers (or wannabes) pay good money (or else use their grants) to stay in a quiet, comfortable place and have their everyday needs catered to, so they can get on with their work. Or not, as the case may be. For every published author are a handful of magical-realist-whodunit creators waiting for their juices to start flowing. A more fertile field for arch cultural satire one could not hope to find.

The proprietors of Stonefield are Beth Hardiment (played by Tamsin Greig) and her husband Nicholas (Roger Allam), author of a best-selling series of detective novels and a randy old goat. It’s Beth who actually owns the land, but she’s content to be a den mother playing second fiddle to the celebrated Nicholas, dutifully baking cream buns and sumptuous meals for the household, keeping her husband’s accounts, and constantly fretting about his fidelity. As well she should. Their star boarder is an American academic named Glen McCreavy (Bill Camp), a doughy-bodied, unmade bed of a man who camouflages his keen instinct for interpersonal intrigue behind an enthusiasm for baked goods.

In such stories it’s always the newcomers/day-trippers vs. the townies/locals. Helping Beth run the farm is Andy Cobb (actor Luke Evans), a rugged young handyman who might have stepped off the cover of an Eddie Bauer catalog. In any ordinary scenario Andy would be the local stud, shagging writers right and left, but here he’s a down-on-his-luck rustic pining for his former ancestral home, now occupied by the eponymous Tamara. Then there are two village teenage girls, the brash Jody (Jessica Barden) and her meek follower Casey (Charlotte Christie), bored out of their minds, who have nothing better to do but hang out in a bus shelter and throw eggs at passing cars.

Tamara herself (Gemma Arterton, fresh from twin turkeys Prince of Persia and The Disappearance of Alice Creed) is a bit of all right, as long as we don’t delve too deeply. A gorgeous former local girl with a recent nose job and a propensity for cutoffs, she has moved back to the village, part-time, to take over her late mother’s property, which used to belong to Andy’s family. These days, Tamara writes a gossip column for a London newspaper and has started dating one of her items, rock drummer Ben Sergeant (Dominic Cooper), a moronic brat with eye makeup and a frisky dog. Once Jody and Casey learn that their idol Ben is visiting the village, they camp out nearby to catch a glimpse of him, projecting carnal adventures all the way. The devious Nicholas, it emerges, once had a fling with Tamara, and Andy still fancies her from their schooldays romance. With all these hormones, pheromones, and testosterone heating up to a boil, we’re prepared for a genteel Thomas Hardy orgy. Even the cows seem sexually agitated.

Director Frears knows how to have cruel fun with characters like these. Against the luxurious background of sun-dappled fields, Tamara is the cynosure of all eyes. It would have been nice to read a bit more of her writing, but she certainly fits the bill as the enigmatic Eustacia-Vye-style temptress around whom the world revolves. Or does it? Similar strong cases could be made for long-suffering Beth, queen of double takes, or young Jody, with her brand-name fantasies and contempt for her rival “Plastic” – Jody’s nickname for Tamara, on account of the plastic surgery. Congrats all around, but especially to Simmonds and Frears.

Tamara Drewe is packed with animals — cattle, geese, sheep, two-legged rats — but we don’t really get to know any of them as well as we do My Dog Tulip. In keeping with the English-lit theme of this week’s review, this obliquely charming animated character study by the artistic team of Paul and Sandra Fierlinger is adapted from a memoir by London writer J.R. Ackerley (1896-1967) about his stormy, passionate relationship with an Alsatian bitch.

Solitary gay man Ackerley, characterized by the voice of Christopher Plummer, adopts his “ideal friend” because, as he notes, “Unable to love each other, the English turn naturally to dogs.” It’s not all long walks in the park and cozy nights around the hearth. Whereas Ms. Simmonds kept her depictions of sheep and goats rutting in the background, Ackerley and the Fierlingers take us up close and personal with Tulip’s bodily functions and her master’s tenacious attempts to “marry” her to various sires. Much time is spent introducing the fickle, highly strung dog and her anxious master to new acquaintances like Capt. Pugh and Mr. Blandings and their mutts. Tulip eventually produces eight puppies, all given away. We get the full slobber.

And yet the narrative proceeds gracefully, thanks to the Fierlingers’ beautiful artwork — line drawings filled in with watercolors, all accomplished digitally — and the vocal performances of Plummer, the late Lynn Redgrave, and Isabella Rossellini. The drawings mesh wonderfully with Ackerley’s saturnine prose. Tulip and J.R. were meant for each other. He writes: “She offered me what I had never found in my life with humans: constant, single-hearted, incorruptible, uncritical devotion, which it is the nature of dogs to offer.” Amen. Pass the Milk-Bones.