.And That’s a Rap

How I came to hip-hop journalism, and why I eventually left. 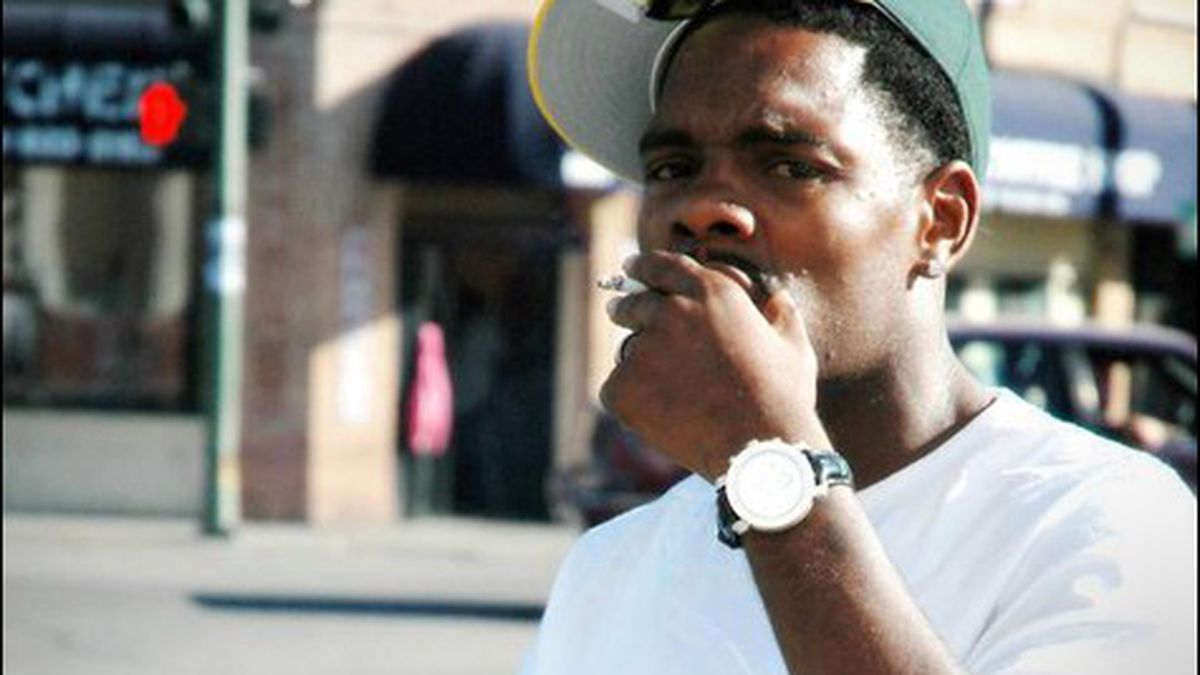 There’s a saying that one person’s sense of rootedness is another’s ball and chain. I didn’t fully understand that until a few months ago, when, after seven years of covering an arts beat at a local newspaper, I decided it was time to move on.

That was no small change for a girl with a well-entrenched alt-weekly sensibility. I am, by nature, parochially interested in the East Bay. I live just blocks away from the hospital room in which I was born; I still have lunch dates with my high school English teacher; I go to the same movie theaters, use the same libraries, and travel the same bike routes I did as a kid. Some people might chalk that up to my pathological fear of the unknown. Others might say I’ve intensely studied a single place and attempted to do it justice. At the Express I’ve mostly done that by writing about the local hip-hop scene, which, it turns out, is a useful lens for analyzing the local culture at large.

When I started writing about hip-hop in 2002, there wasn’t yet a critical vocabulary for describing it. Jeff Chang wouldn’t come out with his authoritative book, Can’t Stop, Won’t Stop, until three years later. Writers like Oliver Wang, Greg Tate, and Paul Beatty were starting to bring the form and language of the genre into academia, but most hip-hop criticism remained sanctimonious or apologetic. Some writers seemed intent on analyzing the genre as a social construct — i.e., figuring out what hip-hop says about black masculinity, or life in the inner city, or machismo — but few were willing to judge the artists on their own terms. Others fell prey to false delineations — that of “conscious” versus “commercial” rap, for example — which were really just a way to tame an artform that made many of us uncomfortable. Sure, Common is a much safer rapper than Biggie Smalls. But it’s quite clear, to any avid hip-hop consumer, who is the better artist.

The Bay Area presented a particularly interesting laboratory because, even though the terrain here seemed ripe for hip-hop, it has generated very few high-profile artists. New York and Atlanta may be awash in hip-hop infrastructure, but Oakland, Richmond, and San Francisco are home to a smattering of indie flag-wavers — labels like Solesides and Hiero Imperium. A decade ago, the scene was hopelessly balkanized. On one side, you had mild-mannered groups like Zion-I and Souls of Mischief; on the other, you had Too $hort talking about the forty hos on his jock. Fans generally had to choose which faction to join, but if you wrote for a periodical, the choice was laid out for you. The alt weeklies generally stuck with benign, peacenik rappers who would be palatable to a progressive audience; street glossies like Murder Dog covered their more thuggish counterparts. Major-label rappers were the domain of mainstream publications like The Source and XXL, and few such artists lived in the East Bay.

I was groomed as an alt-weekly writer, but my dream was to write for Murder Dog — though its publisher never returned my emails (uh, no hard feelings, dude). So I began writing for the Express, first profiling the skinny-vanilla rappers whose music I reviled, then switching to the “turf” rappers whose music I preferred. (My editor, Rob Harvilla, was extremely politic and too much of a pushover.) Among my favorites were Keak da Sneak, Mac Mall, Dem Hoodstarz, The Federation, Mac Dre, Mistah FAB, and, of course, their female counterparts — Marvaless, Conscious Daughters, Goldee the Murderist, and Mahasen. I would eventually learn to be more open-minded and appreciate the underground rappers, too, but my tastes generally erred on the outlaw side. What can I say — I was 22 and I’d grown up reading Ramona books. I wanted to flee my white cave.

It turned out my fondness for turf rap was somewhat prescient. In the fall of 2004, the national spotlight suddenly fell — fleetingly— on a homegrown Bay Area scene called the “hyphy” movement, which by now has become a well-worn cliché. It wasn’t so much a movement as a loose consortium of rappers who pretended to form a unified front in order to get their songs on the radio. For a brief instant, it worked. Hyphy rappers caught the attention of Clear Channel stations 106 KMEL and Wild 94.9, and their abortive counterpart, “The Beat of the Bay” 92.7. They also succeeded in merchandizing certain slang terms, popularizing 1800 Tequila, and boosting the local drug trade — it would later turn out that Mac Dre’s label, Thizz Entertainment, was reportedly a front for a Vallejo-based ecstasy ring. By mid-2006, local music critics had effectively declared the death of hyphy; thereafter it was relegated to certain parts of Pittsburg and Petaluma.

Even with all the disappointments, it was an interesting time to be covering hip-hop, particularly as a woman. I certainly wasn’t unique — Danyel Smith, who is now editor-in-chief at Billboard, had written definitively on Too $hort long before I entered the game. But my gender did make me an interloper, and it often forced me to take a certain critical distance from the artists I wrote about. Because much of hip-hop is steeped in retrograde gender politics, I was often put in the awkward position of defending art that I found politically abhorrent. As a young writer I published a spate of pieces on “good misogyny in hip-hop,” mostly as a provocation. In retrospect, I probably wanted to show that I could stand my ground in a scene that hated me. That’s a foolhardy thing to do.

A male alt-weekly writer once told me that local rappers would occasionally confide to him about how they trafficked prostitutes or beat their girlfriends — secrets they would sensibly conceal from a female journalist. I’ve read this writer’s work — he’s quite good— and noticed that he always wrote glowingly about local rap artists, never mentioning the less-pretty side of the story. Had I been privileged to hear it, I might have become a different sort of music journalist. Or I might have gotten angry and quit early on.

I’ve now decided to leave, at a time when hip-hop in general — and Oakland hip-hop in particular — has reached a pivotal juncture. Much of the material that’s being produced here falls in the vein of “cloud rap,” a lo-fi genre wherein songs are stitched together from multiple sources. Rappers and producers trade beats over social networks, release tracks digitally, and don’t bother kowtowing to record labels or FM radio. The overall sensibility is ascetic, simple, and pastoral, as though to reflect the general pop-culture ethos in Oakland. We harbor an art scene that’s partly composed of refugees from the tech boom in San Francisco: Their scene is slick and ostentatious, ours is deliberately lean, and the hip-hop we make reflects that.

Many of the old black clubs have shuttered in light of new development downtown, and they’ve been supplanted by a thriving warehouse scene. The most promising new acts — Main Attrakionz, IamSu!, and Antwon — built a cult of fandom by playing small house shows and gaining exposure on social media. With a little luck, they’ll shift the axis of power in hip-hop.

The writing is better, too. Hip-hop critics — many of whom are female now — no longer make myopic distinctions. The “conscious”/ “commercial” dichotomy has all but disappeared, and it’s no longer considered outré to review a new Beanie Sigel album in the pages of an alt weekly.

More importantly, journalists have realized the potential of hip-hop criticism: Done right, it provides a portal into the larger, more open-ended sphere of metro journalism, and offers a way to write about cities at large. In my case, it was a path that ultimately led to hard news. But it also kept me rooted.

Previous ArticleFormer D.E.A. Chief in Houston: Legal Marijuana Is ‘A Matter of When, Not If’