.All You Can Handle

At Handlebar, the Bay Area's food-truck burger king returns to the kitchen. 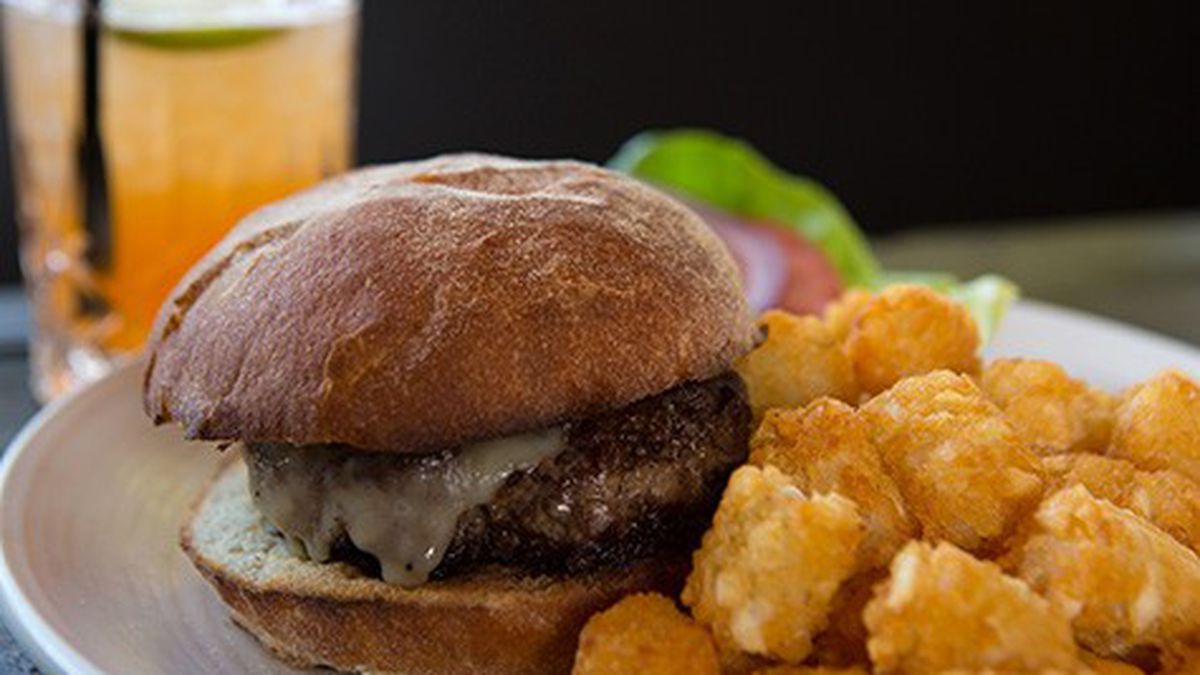 Before Fivetenburger owner Roland Robles became the Bay Area’s food-truck burger king, he was just another San Francisco restaurant chef. Now that he’s opened Handlebar, a new brick-and-mortar restaurant and bar in West Berkeley, all you have to say is that it’s the place run by “that Fivetenburger guy” and people’s ears perk up. That’s what happens when your truck serves the best $7 burger in town.

These days, every bar with a name chef seems to bend over backwards to tout itself as a gastropub, but Robles said he had no such aspirations. Instead, he and co-owner Jennifer Seidman (who also owns the nearby Acme Bar) wanted Handlebar to be more of a casual neighborhood hangout, where the menu is meant to be as comforting and familiar as dinner at Aunt Sally’s. It’s the kind of place where regular (non-foodie) folks won’t scratch their heads trying to decipher what a dish is supposed to be — where the steak entrée is listed, simply, as “Meat and Potatoes.”

Keeping with that theme, Seidman’s cocktail list tends toward fruity, fizzy, low-alcohol concoctions — none of those all-booze liquor bombs that dominate many of today’s temples of mixology. The idea is for Handlebar to be a place where customers feel like they can spend the better part of a day kicking back, rather than down three (carefully curated, artisanally produced) shots and stumble home drunk.

Or, as Robles put it, “Let’s just have some fun and not take it too seriously.”

No one who has waited in line for a Fivetenburger will disagree that any conversation about Handlebar has to start with the burger. Instead of beef patties griddled fast on a flat-top, Robles serves what could rightly be termed a “restaurant burger” — seared with butter in a hot pan, then finished in the oven, like how you’d cook a thick steak. Robles uses grass-fed beef chuck and brisket that are ground more coarsely than the meat for his food-truck burgers, yielding a patty that is chewier and more substantial, though it’s the same six-ounce size. As with so many delicious things, the secret ingredient is fat — namely, dry-aged beef fat from Marin Sun Farms that Robles mixes in to add an element of earthy, extra-beefy funk. It’s thanks to that extra fat, too, that even though the burger I ordered was slightly overcooked, there was no deficit of meaty, chin-dribbling juices.

To balance out all the savory richness, the Handlebar burger comes with half-sour pickles, bright-red tomato slices (also pickled, but so lightly that I didn’t notice), and butter lettuce. You can load your burger up with various toppings, but a thin layer of melted cheddar was all it needed. Meanwhile, the accompanying tater tots were miraculous: crunchy outside, fluffy and delicate inside, and tossed, after frying, in a bit of garlic and truffle oil to add a subtle punch.

I’ll be honest: It would take a monumental amount of self-control for me to ever dine at Handlebar and not order the burger and tots.

That said, Robles lightly scolded me when I told him I’d yet to try the restaurant’s other signature item, a cooked-to-order stovetop mac ‘n’ cheese, which was sold out the one time I tried to order it. There were platters of the stuff — looking oh-so-seductively creamy — on nearly every other table. But the orzo dish we wound up ordering instead — a heady mix of oozy pasta, sautéed chanterelle and lobster mushrooms, leafy mustard greens, and rich garlic-herb mascarpone — proved to be an excellent display of the kitchen’s American comfort cooking chops. It was the rare vegetarian entrée that felt decadent enough to satisfy even the most determined carnivore.

While nothing on the menu is meant to be fussy or high-concept, occasionally the dishes were so simple they fell flat. An appetizer of sautéed summer squash in tomato sauce felt like the kind of vegetable dish an uninspired home cook might throw together in a pinch — fine as a small side dish, but too boring to merit a huge plateful by itself. And an overcooked boneless center-cut pork chop, marinated with salt and pepper and nothing else, was just dry and bland. When food is this simple, the execution needs to be perfect.

The space, too, is rather Spartan in its design, everything selected to mesh with the old-timey feel of the place: ancient-looking and dimly lit chandeliers, a gorgeous turn-of-the-century saloon-style bar counter, and lots of dark wood everywhere. (The only nod to modernity is an eighty-inch flat-screen TV that’s inevitably tuned to the A’s game or some other sporting event.) Make no mistake: Handlebar feels more like a bar than a sit-down restaurant.

And yet the best meal to have here is brunch, which is served on Saturday, Sunday, and Monday. The Monday “industry brunch” (which caters to those who work in the restaurant and bar industry), in particular, is glorious. For starters, everyone gets a free cocktail — during my visit it was a fizzy vodka lemonade chock full of muddled strawberries. On the regular menu, my favorite was the watermelon spritz: watermelon juice, sparkling wine, and a Thai chili tincture — a combination that reminded me of the bags of chili-dusted fruit sold by Mexican vendors throughout Fruitvale.

As for the food, there is, of course, the burger. But there’s also a sausage, egg, and cheese breakfast sandwich as hearty as you’ll ever encounter, loaded with not one, but two sausage patties. There are super-crunchy, well-salted, and truffle-oil-kissed hash brown patties — a souped-up version of McDonald’s best contribution to world cuisine. There are meaty breakfast tacos, overstuffed with chorizo and scrambled eggs.

Best of all is Robles’ take on a pig in a blanket, which is the kind of thing you might find at a country fair or, by no coincidence, a food truck. It’s a hefty, full-size breakfast sausage-on-a-stick that gets dipped in pancake batter and deep-fried, like a corn dog, until it reaches a well-burnished, crisp-edged bronze. For the full effect, slather the pancake shell with maple-syrup-infused butter. Eat the whole thing, joyfully, with your hands.