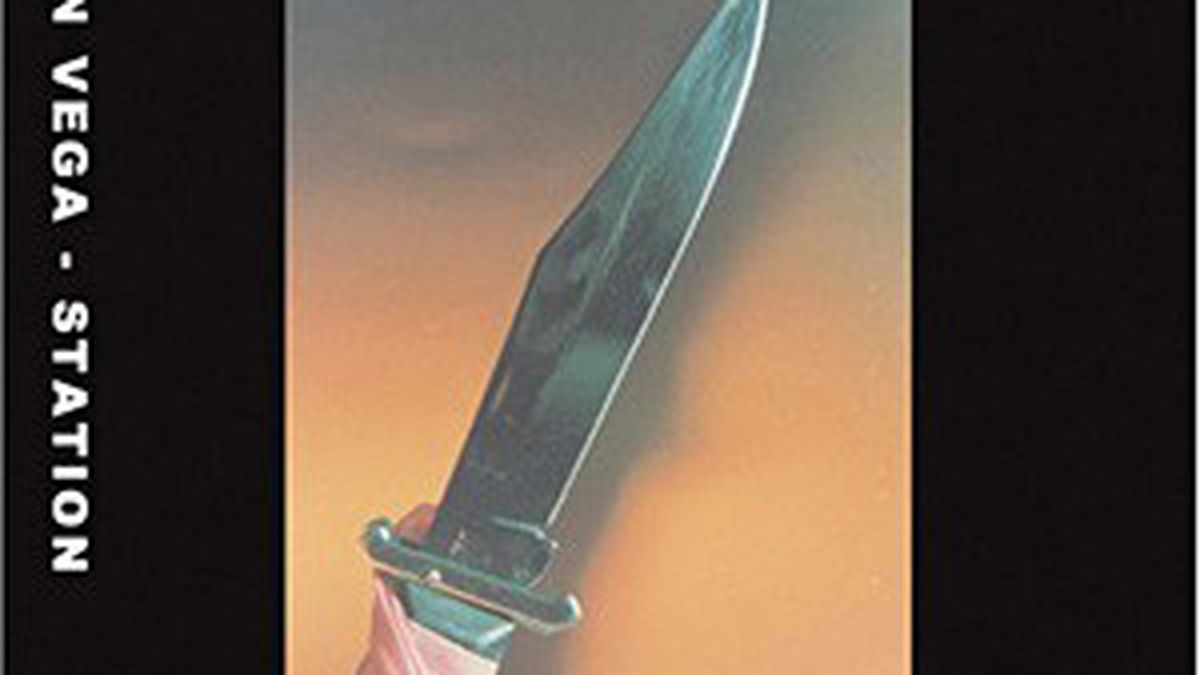 Vega was the singer of influential 1970s punk duo Suicide. With the minimal keyboard work of Martin Rev on a broken Farfisa organ they never bothered to fix, and Vega’s psychotic vocals — a mixture of sanctified soul and rockabilly psychosis — they combined punk’s snarling attitude and the pop impulses that created new wave. Vega’s barely rational style turned early gigs into confrontations. When Suicide opened for Elvis Costello in Brussels, Vega fomented one of rock’s most infamous riots. Almost thirty years later, he still retains his ability to provoke, irritate, and confound, which has its good and bad points. On the CD package, the singer credits himself with “Vocals and Sounds,” which is apt — the rhythmic assault he launches on listeners is powerful, but short on melody. Like his earlier albums, many of the songs — and that term is used in its loosest meaning — consist of a few key phrases repeated over and over until they lose all meaning, or maybe take on unknown ones. Vega punctuates his performance with screams, cackles of mad laughter, growls, snarls, and sputtering asides. The record has its moments, but as the tracks unfold, the relentless industrial throb loses its power and at times sounds strangely dated.