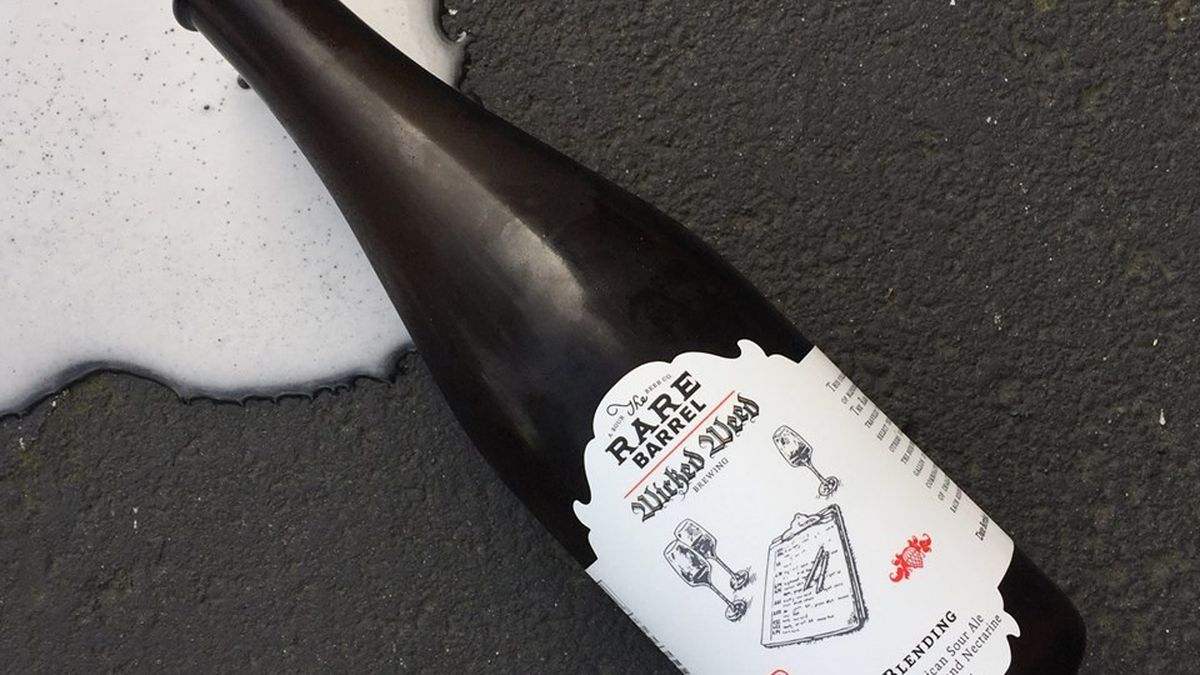 After Anheuser-Busch Buyout Of Wicked Weed, Is It Time To Retire The Term ‘Craft Beer’?

In the 1980s and early Nineties, there wasn’t any “craft beer.” Back then, folks referred to brewers whipping up smaller batches of beer with more flavor than your everyday Coors Light as “micro brews.” I know, terrible name. Anyway, “craft beer” didn’t catch on until the mid-to late-Nineties, and even today it remains an unfamiliar nomenclature to a lot of Bud-clutching Americans.

And yet, it might already be time to retire the expression.

Consider: Last week, on the Facebook page for Berkeley brewery The Rare Barrel, a photo appeared of a bottle lying on the ground, spilling its suds all over on the concrete. The beer in question was “Happy Blending,” a wild ale with fruit that Rare Barrel conceived in collaboration with their pals at Wicked Weed Brewing, which is based out of North Carolina. Under the photo, the post began: “This has been an awkward and emotional last 24 hours for us.”

What happened was: A day earlier, Anheuser-Busch — the beer powerhouse now better known as AB InBev — purchased Wicked Weed for an undisclosed amount. The crew at Rare Barrel responded by yanking the plug on any future partnerships with their friends at the Asheville brewery.

“In order to stay true to our values, we’re pulling out of the second part of our collaboration, will not be attending [Wicked Weed] festivals, and will not be able to serve their beer in our Tasting Room anymore,” Rare Barrel’s post read.

Some might call Rare Barrel’s response harsh. But bad blood is stirred up whenever AB InBev penetrates the craft-beer industry, and the Berkeley brewery wasn’t alone. Nearly fifty brewers pulled out of Wicked Weed’s invitational after news of the AB InBev buyout, prompting the brewery to cancel its popular event.

The rub is that AB InBev, along with its monopoly-in-crime twin MillerCoors, boasts a legacy of disrupting the country’s smaller breweries. The two powerhouses do this principally by lobbying, at the state and federal levels, for laws that help them monopolize the beer industry, but also by using their billion-dollar coffers to squeeze small-potato operations.

For instance, a bill this spring in good ol’ Nevada would’ve put a draconian limit on the amount of beer that brew pubs and taprooms can sell over their bars. This would have seriously hindered the ability of a brewery such as Revision Brewing Co., which just opened in Reno, to keep its lights on, because it would have capped the amount beer they could move. Little surprise, the author of this proposed law accepted thousands of dollars in campaign donations from AB InBev and spirit manufacturers. Mercifully, the bill is dead — at least this legislative session.

So-called “Big Beer” also hustles to dominate the marketplace by overtaking means of distribution, retail, even home-brewing. AB InBev specifically plans to open a location for one of its craft brands, Golden Road Brewing, in North Oakland.

So, yeah, there’s not a lot of love for AB InBev and MillerCoors in the craft beer scene — and the wounds were fresh last week, what with the Wicked Weed incident, and also the announcement of Petaluma-based Lagunitas Brewing Co.’s sale to Heineken.

That’s why I called up Tom McCormick, executive director of the California Craft Brewers Association. He told me last year that he expected more AB InBev acquisitions — and these recent developments confirmed his prediction.’

“One question that I’m getting a lot from my membership is ‘When is this going to stop?’” McCormick said on Monday during a phone chat. His answer? “I don’t think Anheuser-Busch themselves is done yet, and they’re not the only ones looking to buy.”

He argued that the emergence of these corporate-craft brands in our backyards is about planting the AB InBev flag in new communities, and satisfying the appetite of shareholders by crushing the smaller-brewery competition, which has been making a dent in their bottom line. McCormick was pretty frank about this: “When they say they care about … craft beer and the community of brewers, that’s bullshit.”

The issue, he and others worry, is that the average consumer may not be able to differentiate between a corporate-owned brewery and a local one. And that’s why I’m proposing that the industry retire the term “craft beer” altogether.

The expression came about as a way to distinguish between boring, flavorless macro lagers such as Bud and hoppier IPAs or roasty ales. But now that AB InBev and MillerCoors are buying up their own “craft” brands, perhaps a better term for the alternative is “independent beer,” not unlike how indie record labels differentiated themselves from corporate music producers.

McCormick said he thinks that another term for craft beer will eventually surface, “because ‘craft’ is becoming somewhat generic, and now refers to the high-end, flavorful beers in general” which he said includes many “faux-craft beers.”

“I think a new term will emerge, what that term is, I’m not sure.”

Facebook
Twitter
Linkedin
Previous articleNeighbors Along One Fruitvale Street Are Organizing to Stop a Controversial Eviction
Next articleHounds of Love: Beware of the Dogs