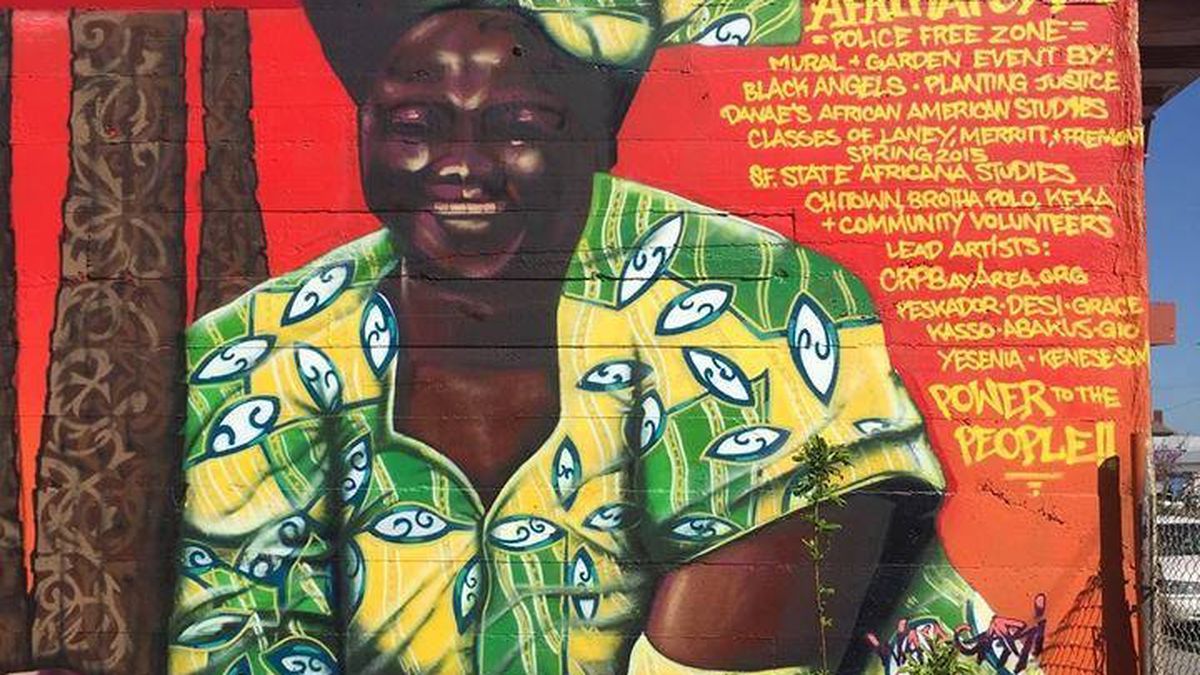 Party to save this vital community space.

Afrikatown is an urban garden that local organizers set up in a vacant lot earlier this year in an effort to create a community-focused space that prioritizes people of color in rapidly gentrifying West Oakland. In addition to offering free vegetables and community breakfasts, the garden has become a welcoming space for all kinds of folks — including drug addicts and sex workers, who are often marginalized even from organizations that purport to be progressive. When Afrikatown was first established, the lot’s owner declared that he wanted to sell the parcel to developers. However, after a widely attended day of protest, organizers declared victory and said that they had no intention of leaving, although the garden’s legal status still hangs in limbo. To rally support for the garden, on Sunday, November 8, Afrikatown is throwing an Anti-Gentrification Block Party that will include food, speakers, a new mural, and a lineup of musical guests that include R&B singer Ka’Ra, rapper Nancy, DJs Destiny and Jose Arias, and more.