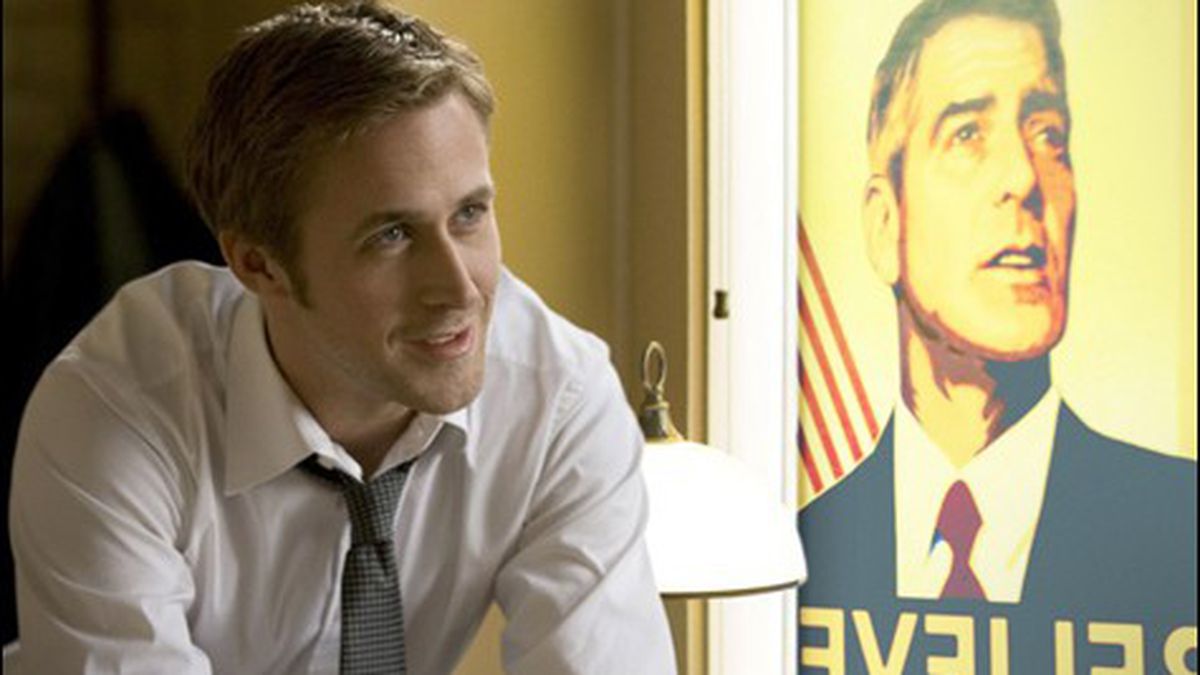 The Ides of March and 50/50 benefit from top-notch performances.

Politics is an ugly business. It’s clear that at its heart, it’s an industry populated by plenty of people who are jaded and opportunistic and others who are as dumb as rocks. Politics, and those who either participate in it or follow it, makes for great drama. Shakespeare’s Julius Caesar, which immortalized the title of George Clooney’s new film, was really a thriller on the stage. With that in mind, behold the genre’s latest entry, in which Clooney wears his politics on one sleeve and his deep cynicism on the other.

In The Ides of March, Ryan Gosling plays Stephen Myers, a thirty-year-old hot-shot consultant who’s smarter and better-looking than most of the people whose votes he’s desperate to earn. He’s not nearly as jaded as his boss, Paul (Phillip Seymour Hoffman), a veteran Democratic strategist who favors unkempt hair and down vests, mostly because Stephen’s finally found a candidate in whom he truly believes. He’s convinced that Mike Morris (Clooney), a liberal governor, is the only hope for the nation. But the film is set in Ohio during primary season, and the road to the general election isn’t a smooth one. Tom Duffy (Paul Giamatti) heads the campaign of Morris’ bitter rival; reporter Ida Horowicz (Marisa Tomei) may be sitting on a damaging story; and staffer Molly Stearns (Evan Rachel Wood), Stephen’s bed buddy, has a father who’s insanely powerful.

There’s simply too much corruption in the air for Stephen’s idealism to withstand, and this is merely while trying to grab the Democratic nomination. He’s talented, but too many people see the stars in his eyes when he looks at Morris and take advantage of his optimism. So, as his reality is unraveled by the people around him, he has to decide what he’s willing to do to stay the course, and how much of himself he’s willing to give up.

You may not think there are any worthy candidates to represent Caesar, who was assassinated by pretty much everyone around him. And I think that’s the idea. Stephen’s romanticism is dying a death of a thousand cuts, but the biggest loser isn’t any politician; it’s the country’s collective idealism. All of this is played out through Stephen’s eyes, as he learns some hard truths about politics. It’s not like they haven’t been opened the entire way, but his heart had yet to be hardened. He must ask himself how bad he’s willing to be to further a truly noble cause. If he’s corrupted himself to make the world a better place, what has he accomplished?

This film’s greatest strength is its cast, populated by Oscar winners and nominees, actors with real chops who can bring these characters to life, led by Gosling, whose track record this year is unbeatable. The problem, however, is that it isn’t as complex or deep as it wishes to be. When bad behavior arises, it comes as no surprise, and this predictability weakens what feels very interesting early in the movie.

You might say that the film’s core message isn’t about the audacity of hope — Clooney’s Morris is the candidate that progressives wish Obama had been; it’s about the strength of cynicism and how corruption dominates the process. Sadly, that’s a message with which most of us are all too familiar. (A.W.)

50/50, inspired by scriptwriter Will Reiser’s battle with cancer, faces all of the pitfalls of a Hallmark Channel disease-of-the-week movie, and it sometimes veers into that schmaltzy territory. However, despite those moments that feel predictable and stereotypical, the film is more than rescued by its fine cast and Reiser’s sharp, funny, and honest writing.

Joseph Gordon-Levitt and Seth Rogen are so good here that they deserve awards buzz. They make 50/50, performance-wise, one of the best male buddy movies in a long time.

Levitt plays Adam, a young man making a living in public radio while living in Seattle. He notices some back pain while jogging, gets an MRI, and finds out that he has a rare spinal cancer — with a 50/50 chance of survival.

Rogen plays Kyle, Adam’s best friend, who is also improbably making a living in public radio. Kyle’s reaction to his friend’s predicament is unorthodox: While he’s probably freaking out in his private time, he turns up the party factor when around Adam, declaring that 50/50 is pretty good odds when it comes to cancer. Levitt and Rogen make for a good combo, with Levitt’s dry, calm Adam a perfect complement to Rogen’s over-reacting Kyle.

When Reiser had his real-life cancer battle, Rogen was one of his best friends — so Rogen is essentially playing himself. There’s no question that Rogen’s real-life experience with a similar situation propels his performance, and this is perhaps career-best work. It’s worth noting that Rogen delivered another one of his best performances in 2009’s Funny People, another “cancer comedy.” With 50/50, it appears Seth Rogen Cancer Comedies can now officially be sanctioned as a legitimate movie genre.

Some subplots and supporting characters are more interesting and successful than others. Anna Kendrick is sweet and funny as Katherine, the grief counselor who is trying to help Adam surf through troubled waters. The film positions Katherine as a romantic interest, which pushes the film into delusion: This shit just doesn’t happen with your doctor.

Bryce Dallas Howard does okay as sucky-girlfriend Rachael, the requisite movie asshole who gives Adam a major emotional challenge to go with his physical challenges. Rachael’s actions are reprehensible, but Howard plays the role with enough grace to keep her from becoming caricature.

I found myself getting impatient with Adam’s mother, portrayed by Anjelica Huston. For starters, her husband in the movie (played by Serge Houde) has Alzheimer’s, and this continues the strange trend of “Funny Alzheimer’s Guys” that started this year with Richard Jenkins in the Justin Timberlake vehicle Friends With Benefits. Huston’s character is shrill and woefully predictable early on, but she sort of rallies by the film’s finale.

The film resolves Adam’s predicament in a way that is satisfying and charming. Levitt, as he proved in (500) Days of Summer, can break hearts by simply smiling onscreen. And as he was in Summer, he’s an actor that’s easy to root for in 50/50. Couple this with his crazy-dark performance in this year’s equally enjoyable Hesher, and you will see that Levitt is one of the more versatile actors of his generation.

But Rogen, who has in three years progressed from Superbad and Pineapple Express to 50/50, may have him beat. Next year he’s set to co-star opposite Barbra Streisand. (B.G.) &#8;