.AC Transit Board Member Joel Young May Have Profited from His Official Duties

A hard-hitting internal report found that he may have used confidential information from the transit agency to benefit himself and his private employer. 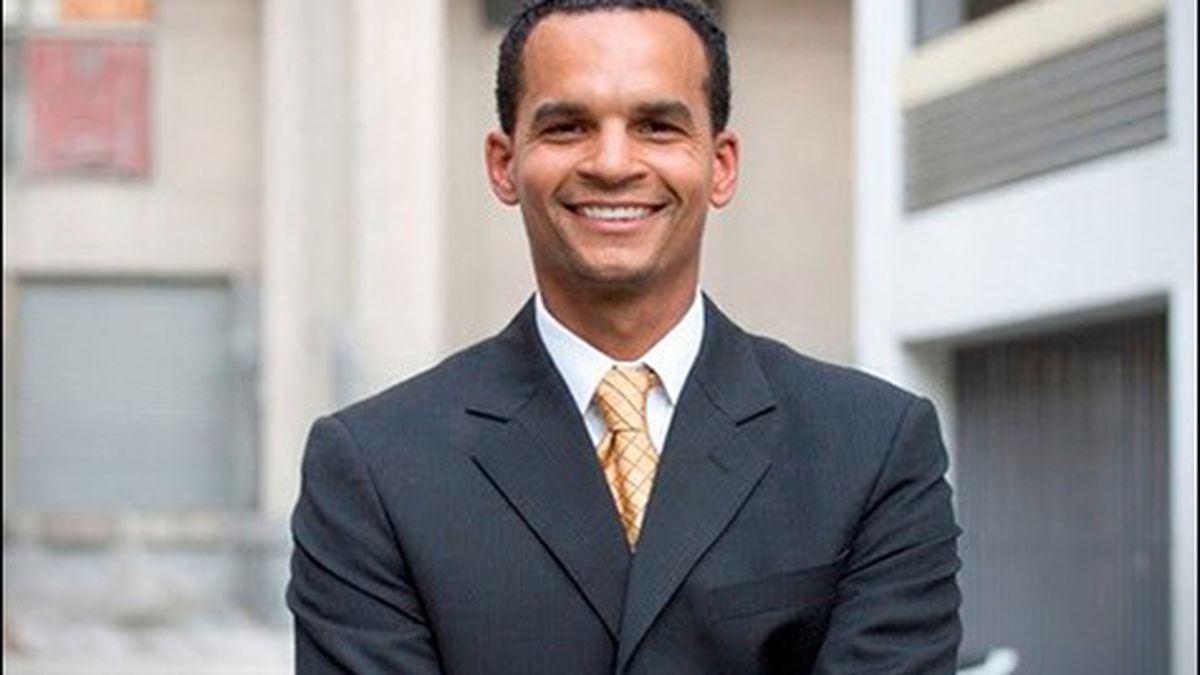 AC Transit board member Joel Young may have used confidential legal information that he received from the transit district for his own personal gain and for that of his private employer, according to a hard-hitting report released last week. Young, an attorney and former state Assembly candidate, also violated AC Transit rules regarding the use of public agency resources for personal gain and may have run afoul of state law, the report stated.

The report, which was conducted by AC Transit’s general counsel’s office, centered on Young’s actions relating to a legal case involving the transit district. The report found that Young may have used confidential information that he gleaned in his role as a board member in order to benefit two similar but separate lawsuits that he is involved in through his private law practice. Young’s actions could produce millions in legal fees for him and his firm, The Tidrick Law Firm of Berkeley.

Following a request for comment for this story, Young said his “team is putting together a detailed response” to AC Transit’s report that “should be ready by the next board meeting” on June 26. He said the response “will correct both factual inaccuracies and legal inaccuracies” in the report. Steven Tidrick of The Tidrick Law Firm did not respond to a request for comment.

AC Transit board President Greg Harper said in an interview that he pushed to release the report on Young because of the public’s right to know about the activities of public officials. “The people who elect you need to know,” he said. The findings in the report, which Harper had requested, also raise questions of trust about Young, Harper added.

The report focused on Young’s actions involving a lawsuit originally filed in 2004 against AC Transit by the agency’s bus drivers. After Young joined the AC Transit board in 2009, he participated in numerous closed-session meetings regarding the district’s legal strategy against the drivers. “It is clear … that Director Young was privy to confidential discussion and memoranda analyzing the strengths and weaknesses of AC Transit’s cases during closed sessions — information that would not be subject to a public records request, even after the case settled,” stated the report, which was conducted by AC Transit’s former General Counsel Ken Scheidig.

The legal case in question — known as the Gilmer case — centered on a long-running dispute between AC Transit and bus drivers who contended that the transit agency had failed to fully pay them. For years, the drivers’ union, the Amalgamated Transit Union (ATU) Local 192, alleged that management should have paid drivers for so-called “start-end travel” and “split-shift travel,” in which drivers begin routes from one point but end them elsewhere. At the end of their shifts, drivers must find a way back to their cars or other modes of transportation. The union asserted that the costs associated with this travel should be reimbursed to drivers.

AC Transit and the bus drivers ultimately settled the case last year, and the settlement was approved in federal court on June 14, 2012. AC Transit has spent a total of about $12.5 million so far on settlement payments and lawyers’ fees for the bus drivers, according to the report. That total does not include the amount the transit agency has spent on private lawyers and agency staff time defending itself.

According to the report, about two months after AC Transit settled and agreed to pay its bus drivers for start-end travel and split-shift travel, Young’s law firm sued Valley Transportation Authority (VTA) in San Jose on August 17, making virtually the same allegations on behalf of bus drivers against that transit authority. Young’s firm represents drivers who are also members of ATU in the case against VTA.

In addition, on January 22 of this year, Young’s firm sued Tri-Met Transit District in Portland, Oregon, making virtually the same allegations on behalf of bus drivers against that transit district. Young’s firm represents drivers who are also members of ATU in the case against Tri-Met as well. However, ATU does not appear to be involved directly in the lawsuits filed by Young’s firm against VTA or Tri-Met.

According to the report, Young also requested to review AC Transit’s legal file regarding the Gilmer case without telling the agency that he intended to use the information for his firm’s lawsuit against Tri-Met. After reviewing the file, Young made copies of some of the documents. AC Transit’s private attorneys at Hanson Bridgett law firm of San Francisco, who keep the Gilmer case files, then charged AC Transit $565 for helping Young. Hanson Bridgett staffers thought Young was reviewing the files as part of his duties as an AC Transit board member, so they made no effort to remove confidential information.

It’s unclear exactly when Young went to work for The Tidrick Law Firm — other than it was sometime during 2012, according to the report. It’s also unclear whether the Tidrick Law Firm hired Young specifically because of the confidential information he possessed concerning AC Transit’s legal strategies in the Gilmer case.

According to the report, Young violated AC Transit’s prohibition against board members using district resources for private gain. It’s also possible that his dealings violated state conflict- of-interest laws. However, the report uncovered no clear evidence that Young specifically shared confidential AC Transit information with his legal partners or his clients in the VTA and Tri-Met lawsuits.

Still, the report added that Young’s position as co-counsel in the Tri-Met and VTA cases “tends to suggest that at least some of the information he acquired while a Board member, related to the Gilmer action, may be ‘material’ or ‘useful’ to his representation of his clients in the Tri-Met and VTA actions, and it is possible that some of that information may already have been utilized on their behalf. The facts create at least an inference of such a possibility.”

AC Transit board members may address the report at their June 26 meeting. It’s unclear, however, whether they will attempt to censure Young or take some other action against him. AC Transit’s general counsel’s office has requested that Young recuse himself from any further confidential discussions regarding the Gilmer case, and Young agreed, according to the report. Although the case settled, it remains officially open because bus drivers who chose to opt out of the original lawsuit said last December that they want back in.

Evidence of impropriety also is not new for Young. In March 2011, he was accused of striking his then-girlfriend in the face while in the midst of a romantic interlude with another woman. Young denied the allegation, but a judge said he found neither Young nor his girlfriend’s account of what happened to be credible (see “Assembly Candidate Accused of Domestic Violence,” 9/21/2011). In an apparent effort to refute the domestic violence allegations during his run for state Assembly, Young touted the endorsement of a noted Oakland women’s rights advocate. However, the advocate later said she never endorsed Young (see “Assembly Candidate Joel Young Accused of Falsifying Endorsements,” 5/9/2012).

During the Assembly campaign, Young also faced allegations that he used privileged information for personal gain. In early 2012, Service Employees Union International (SEIU) chose to split its Assembly endorsement among labor-friendly Democratic candidates Rob Bonta, the now current assembly member, Abel Guillen, and Young. But with Young’s campaign foundering following the domestic violence allegations, he changed gears in an apparent bid to become more palatable to East Bay moderates and business owners. Young then made public the SEIU’s confidential candidate questionnaires filled out by Bonta and Guillen, illustrating how much more liberal they were than him. When the union learned of his actions, it immediately pulled its endorsement of him.