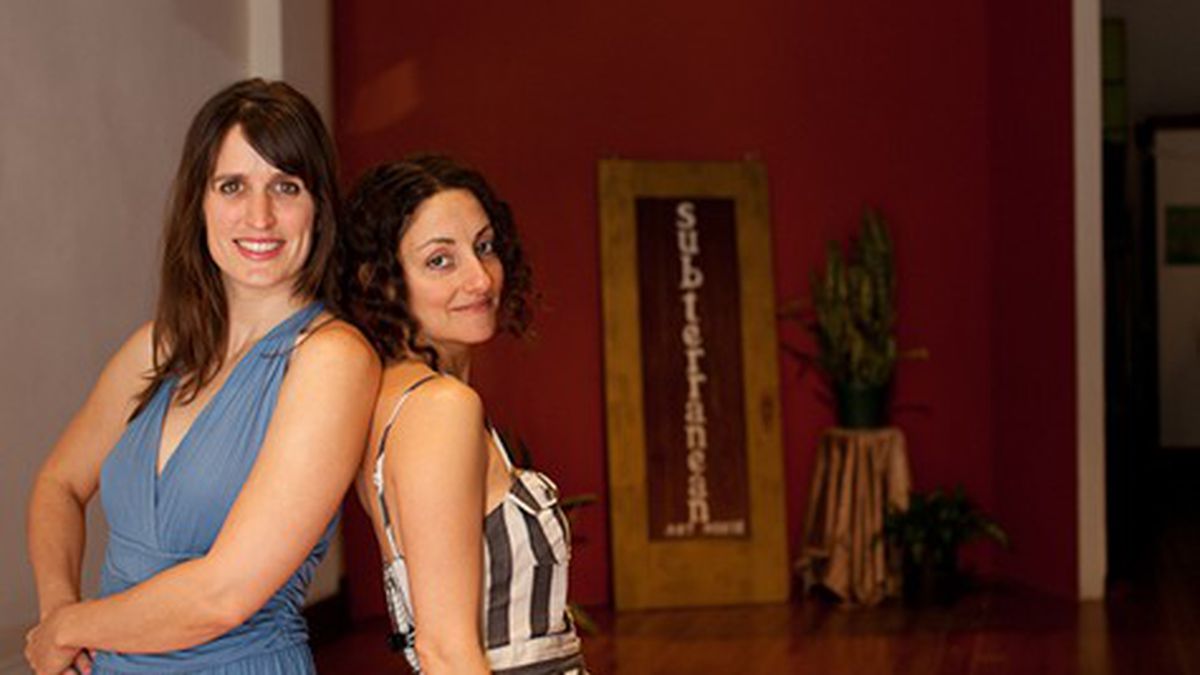 Art and performance space Subterranean Arthouse celebrates its fifth anniversary and looks ahead to a more interdisciplinary artistic future.

In December 2008, Nicole Rodriguez and Claire Duplantier were walking down Bancroft Way in Berkeley when they saw an empty storefront. When they peeked through the window, the two artists were instantly flooded with ideas for what the space could be. “We had this gush of inspiration,” said Duplantier. “It was pretty rapid.” They walked around the block to brainstorm concepts, and by the time they reached the storefront again, they had decided to open an art and performance space. This week, their interdisciplinary artistic venture Subterranean Arthouse (2179 Bancroft Way) is celebrating its fifth anniversary.

The pair, who met while in college at Naropa University in Colorado, have backgrounds in music, dance, and visual art, so they wanted to open a venue that would showcase diverse art forms. “I feel like there’s something really interesting that happens when people mingle between disciplines,” said Duplantier. “I imagined a breeding ground for creativity.”

They chose the name for their venture by locking themselves inside the space until they agreed on something. “Subterranean” emerged because of their mission to celebrate the underground roots of the community, and the way in which these roots can grow in any direction. The idea was to create a site that would “provide an opportunity for things to spontaneously emerge,” said Duplantier.

Despite their lack of business experience, Rodriguez and Duplantier opened the space within two months. It hosts a mix of musical shows, dance classes, dance and theater performances, and visual arts exhibits. Music, to Duplantier’s surprise, has been the predominant medium. “We didn’t know when we opened that the acoustics were really great,” said Duplantier. “It was a happy realization that musicians love to play here.”

While reactions from the artistic community have been enthusiastic, the main challenges have been financial. “If we had known more about business strategy, we probably wouldn’t have thought this project was possible,” said Duplantier. Currently, a crew of fifteen volunteers runs the venue, and one of Duplantier’s and Rodriguez’s goals is to make the organization more sustainable.

They also hope to host more events focusing on the connections between artistic disciplines, and to get the community more involved in the space — for example, by allowing members of the public to curate programming one night per month. “Nicole and I love what we’ve created, but it’s really for the people,” said Duplantier.

For the venue’s fifth anniversary party on Saturday, March 8, celebrations will include musical performances by The Doppler Trio, the Camille Mai Trio, and Dirtwire-Unwired. In addition, Luku Netherthot will perform a Japanese butoh dance, and there will be a silent auction with offerings from local businesses. An exhibit of prints and paintings by Hugh D’Andrade and Daniel Lippincott will also be on display.