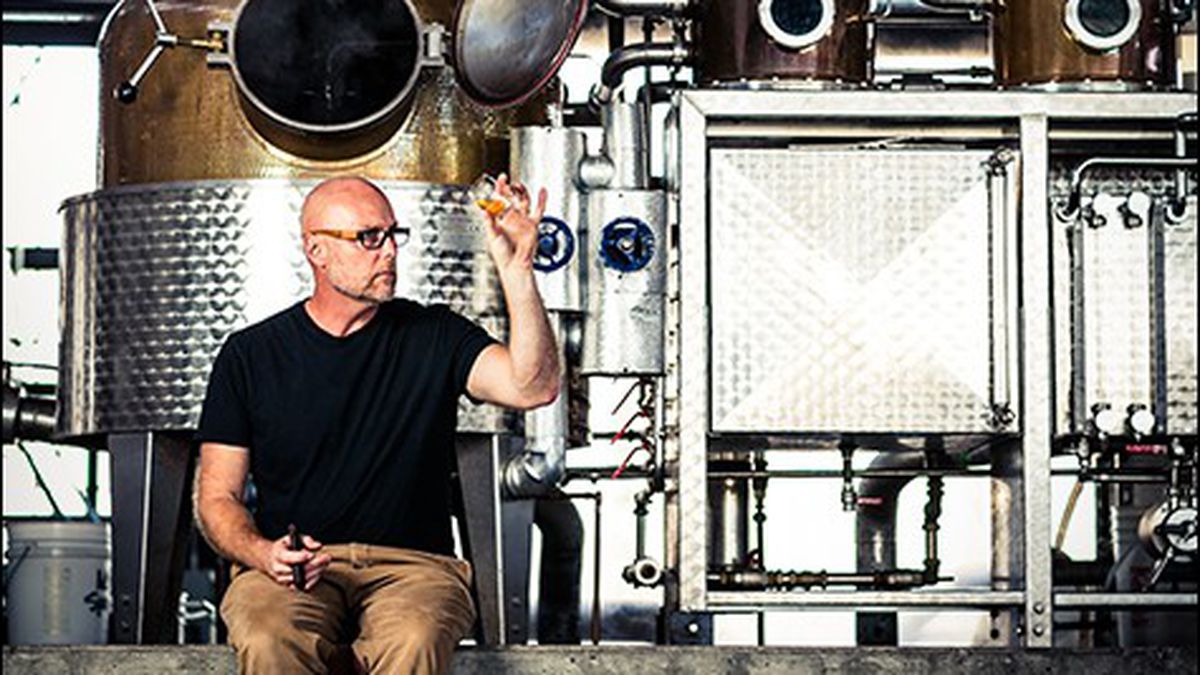 A Small Victory for Craft Distilleries

When Governor Brown signed AB 933 into law Thursday, craft distilleries in California won a modest victory: The ability to offer tastings (limited to six per customer and capped at a quarter of an ounce per sample pour) for a fee. AB 933, which was sponsored by local Assemblywoman Nancy Skinner, is a watered-down version of Taste California, a proposal put forth this past spring by a statewide coalition of craft distillers called the California Artisanal Distillers Guild.

When German-born Jörg Rupf founded St. George Spirits as an eau-de-vie distillery in 1982, he made the East Bay the birthplace of the American craft spirits movement. The rest of the country slowly caught on: Today, the American Distilling Institute estimates that there are more than four hundred licensed artisanal producers in the United States. But according to Lance Winters, master distiller at St. George and vice-president of the Guild, artisan distilleries in other states have grown at a per capita rate seven times that of California’s.

That’s because craft distillers in California operate at a serious disadvantage: They’re prohibited from selling their products directly to consumers on-site, like wineries and breweries do. And would-be craft distillers face a thicket of outdated zoning laws and conflicting city, state, and federal regulation. So although AB 933 will go into effect January 1, 2014, it’s debatable how much it will actually influence the craft distilling movement here (of four hundred licensed producers, only about thirty are located in California).

“States like New York allow their craft distillers to bring their spirits to farmers markets for tasting as well as sales,” Winters wrote in an email, providing an example of the stark differences between states. “Utah (yes, the one with the Mormons, formerly the land of 3.2 beer, etc) has more liberal laws surrounding artisan distillation than California.”

Included within the original Taste California proposal was a provision permitting direct sales. But according to the Guild’s lobbyist, Dominic DiMare, it had a short life in the capitol.

“When we took up the initial bill, we wanted to get a dialogue going with distributors to try and get some sort of limited number of sales to consumers at the place of production,” he said. “But it quickly became apparent that they weren’t ready to engage at that level and offer that kind of change in the law.”

Arthur Hartunian, the Guild’s president and the owner of Napa Valley Distillery, wrote in an email that more comprehensive bills (meaning bills that permitted direct sales) have been “killed almost immediately upon introduction.” That may be because the wholesale liquor lobby is particularly powerful in California. According to MapLight.org, a nonpartisan research organization that tracks campaign finance, liquor wholesalers donated contributions totaling $558,850 for the 2012 election cycle alone. For the time being, if a craft distiller wants to sell his or her spirits, he or she must do so through a distributor.

Cris Stellar, the Guild’s executive director and the owner of Dry Diggings Distillery in El Dorado, said that although AB 933 is the “first step and a definite move forward for California distilleries, it’s not going to solve our competitive issues with the rest of the country. We’d like to be on par with what is available in other states. [Selling bottles] is really what makes a distiller profitable.”

Farid Dormishian, the owner of Falcon Spirits in Richmond, agreed. After three years of working his way through “thick” rules and regulations, he opened a tiny distillery five months ago. High-end local restaurants like Rivoli and À Côté are already carrying his Botanica gin, the only spirit he’s made so far. His operation is so small that the ability to offer tastings for a fee isn’t really going to affect his business. “If I were allowed to do a tasting, that would be nice,” he said. “But it would be so much easier if I could sell bottles onsite. Selling even just a case [directly] would mean a lot to me.”

So, craft distilleries will have to keep jumping through hoops. The reason St. George is able to sell its spirits on-site is because it leases the space to a third-party retailer, who has to order the product from the distributor. Yes, that’s right: A bottle of gin is made in Alameda, shipped 75 miles away, and shipped back again.

“A direct sales provision in the bill just would have made sense,” Winters wrote. “There’s no rational reason not to have it. A brandy producer currently has the right to sell their product direct to the consumer. Why should a spirit, just because it’s made from fruit, be treated differently from rum, whiskey, gin, tequila or vodka?”