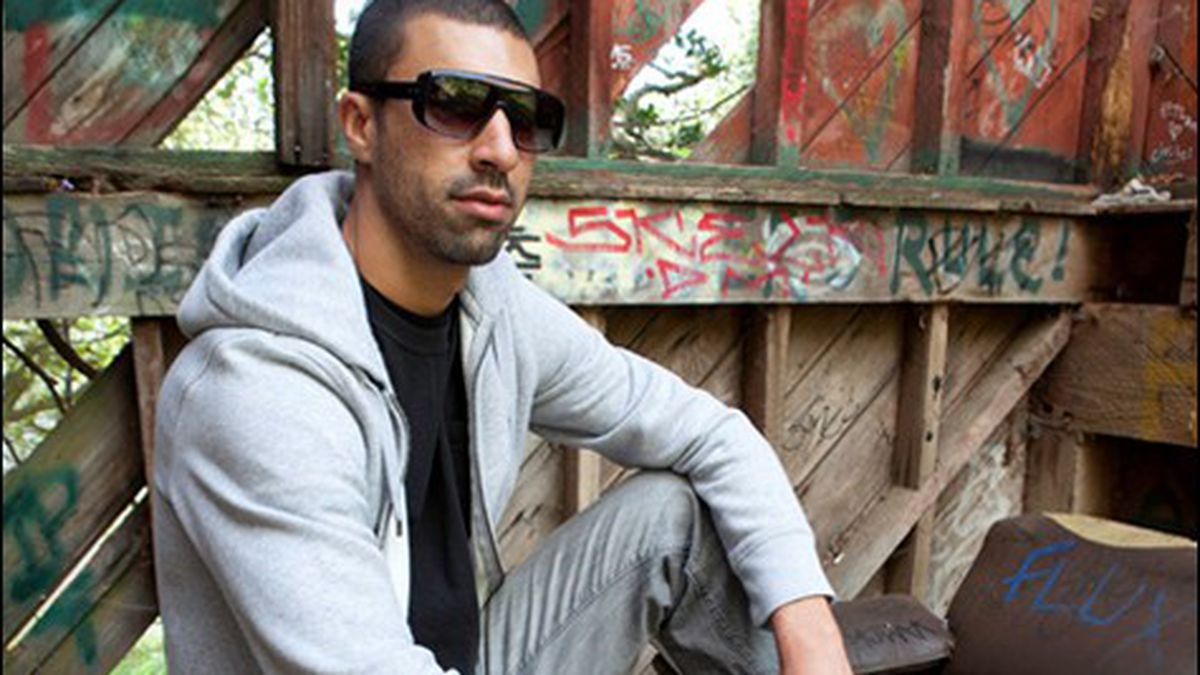 An Ex-Harvard student decides to get based.

When a sometime emcee named Sliggitay — whose real name is Nathan Simmons — left Berkeley for Harvard University in 2003, he was a member of the public high school elite. He played varsity basketball and tennis, served one term as class president, and took mostly AP classes. He hung out on “the steps” at Berkeley High, which is a sign of stature. (Distinction: If you’re cool, and a senior, then you hang out on the steps in front of the community theater. If you wear a cape and play with many-sided dice, then you hang out in the park across the street.) He also rapped and, apparently, had game. The stage name “Sliggitay” is a made-up slang term for oral sex. Sliggitay says he coined it in eleventh grade. Go figure.

At any rate, he seemed primed for a Harvard education. In reality, he was destined for hip-hop.

Sliggitay stopped being an over-achiever once he was dumped in a sea of over-achievers, aka the Harvard campus. “When I first got there I was on the Harvard tip — like, I’m gonna do this shit, I’m gonna get a great job, and I’m gonna be living my life.’ Somewhere along the way, that changed.” Sliggitay explained that as a half-white, half-black, middle-class kid from a large public high school, he didn’t fit in with the landed Ivy League gentry. His freshman class was chock-full of former class presidents, valedictorians, and people who had been special at their respective high schools. Which meant you could be smart and cool and artsy and handsome, and still feel like a nobody.

Worse yet, said Sliggitay, it was easy to slip through the cracks of Harvard’s oligarchic power structure. “The Final Club — that’s, like, where it goes down,” he explained. “To get into one of those clubs, you have to have hella money in your family or be part of a Harvard legacy. If you don’t have that, and you’re just kind of a cool guy like me, then you have to bow down to those guys.”

Sliggitay is many things — tall, lanky, shrewd, cool, methodical, enterprising — but he’s no sycophant. And, as a result, he always felt like an outsider in college. Moreover, he got the odd distinction of being “hella urban,” even in comparison to other African-American students. “My roommate was a black dude, but he was, like, third-generation Harvard legacy, like, rich-family private-school guy. He was startled by this dude from Berkeley who was, like, trying to drink forties and smoke blunts in the room and shit. He was bitching at me a lot.”

So the ex-high school president turned to music as a way to vent his frustration. He stopped studying, and instead started writing rhymes and smoking trees, which is probably the genesis of all great rappers. Not surprisingly, his first successful rap song was a diss about the square roommate, Enoch, called “Enoch Licks Nuts.” I’m a B-town boss, you’re a bean-town square/I smoke that kill from Cali/You’re a daffodil Sliggitay raps, in what might be the most G-rated line of the whole song. He e-mailed the track to a few friends and it ultimately went viral on campus, to the point Harvard students were bumping “Enoch Licks Nuts” at their house parties. But Sliggitay refrained from releasing the track to the general public, which one might believe was in fear of a libel suit, or perhaps to avoid rekindling East Coast-West Coast rivalries. Actually, he said the real reason was he hadn’t gotten serious about rapping yet.

But that all changed junior year, when Sliggitay was asked to leave Harvard after being arrested for two separate crimes — one for intent to distribute marijuana, the other he described, opaquely, as “lewd and lascivious behavior, in the context of drunkenly celebrating beating the first charge.” The rapper managed to clear both in court, but not before the university branded him as a habitual troublemaker. Feeling jilted but mildly relieved, he repatriated to Berkeley, took a day job at Cal, and launched his rap career in earnest.

His new album, The Moustache, was two years in the making. Sliggitay recorded it in several local studios and paid for professional mixing and mastering, a fact he emphasizes in interviews. He launched a Twitter account and took pains to engage his followers and garner more of them (he now tallies an impressive 22,975 — and counting). He teamed up with a cast of local producers — namely Lukas Kaiser, MG, and Max of the band Chester French — to create burbling, tweaky beats that underscored the album’s sense of humor. He released The Moustache (pronounced moo-stahsh) as a free download, with the intent of growing a fan base. And he cultivated an image that accords with the whole “moustache” concept.

Sliggitay explained it thus: “If you think about it, a gentleman grows a mustache,” he said, dramatically gesturing to his upper lip. “Now, I had a mustache last Friday. I went out with a mustache. With a mustache I look weird, and, like, not cool. Pretty bad.” He said there’s a picture of him with it on Facebook for reference. “My shit grows in hella thick, and it crops up — I mean that’s what a mustache is.”

And yet, the mustache represents something. In fact, it represents two things, which seem to be at cross-purposes. On the one hand, it means the mustache grower cares a lot about his appearance. It takes time and effort to grow and groom facial hair. It’s something you do purposefully, and it means you care about being fly, Sliggitay said. But on the other hand, you have complete disregard for what people think of you. “You’re rocking this fucking mustache,” he said. “They often look pretty dirty. So it’s like this combination of almost, like, caring about your looks too much, and not caring at all.”

That irony informs much of Sliggitay’s music, which is smart and cheeky, but also intentionally profane. Most songs on The Moustache celebrate drug use and other vices in a not-very-subtle way. Sliggitay’s heavy, torpid beats seem only to amplify the surface content of his lyrics, while undercutting their substance. The song “On Drugs,” for instance, combines a peal of church bells with somber horns, as though to shore up some kind of false sentiment. On the hook, Sliggitay whines, I’m on druuuuugs/I’m on druuuuuugs/’Cause I just can’t take the pain.

Yet the moustache isn’t just an artistic muse. It’s also a fairly accurate way to describe Sliggitay’s character. The rapper admits to being a bit vain — at least to the extent that he drinks healthful spinach smoothies and enjoys being compared to hip-hop superstar Drake, who he resembles in looks and vocal intonation. He’s also a striver, and ever-so-slightly defensive about never having attained Ivy League baller status: Not even on some flossin’ shit/But motherfuckers always talkin’ ’bout their yachts and shit he raps on the album’s title track.

The other side of Sliggitay is all grit and grime. He cites fellow Berkeley rapper Lil’ B — who is notorious for drugs, stinky clothes, and promiscuous Twitter use, among other things — as a fount of inspiration. His drowsy, down-tempo beats borrow from the Lil’ B concept of “based” music (oft-described as “ambient” or “stream-of-consciousness”) while his lyrics reference drug use, ass, and Jewish-American Princesses. He’s part of a whole sub-culture of ambitious Berkeley kids who ultimately became rappers. Lil’ B is one of them, but so are The Cataracs, G-Eazy, The Team, Lyrics Born, and Souls of Mischief.

In hip-hop terms, that’s a more powerful dynasty than you’d find at Harvard.

How Many Laws Can One Councilman Break?

What Was Withheld: Tammy Rae Carland’s ‘Some of Us Did Not...