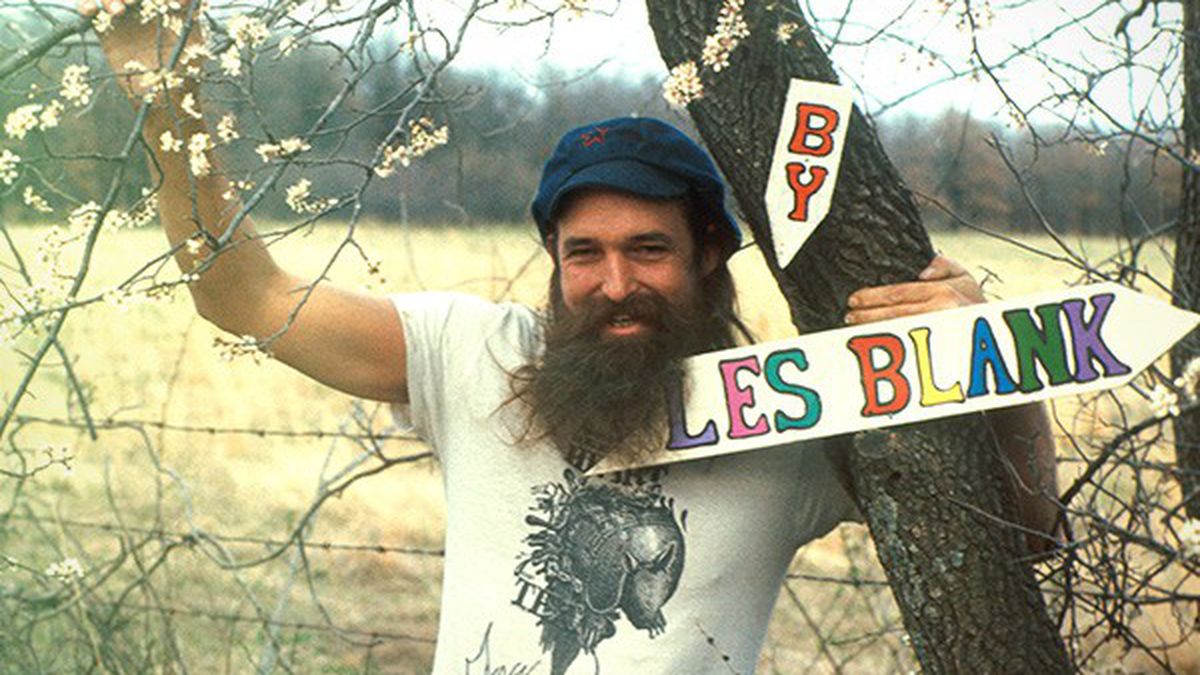 A Poem Is a Naked Person: More Local Color than Face Time

The long-awaited Les Blank documentary on the Legendary Leon Russell is a classic example of the filmmaker's earthy, unrehearsed-looking style.

A Poem Is a Naked Person has the sort of film intro almost no one makes any more. You know right away, in the first thirty seconds, where you are and essentially whom you’re going to meet, the true meaning of an establishing shot. It’s the Southern countryside, by the water, in the summertime. Folks drifting by in boats, a snake skimming the surface, dragonflies, shouted greetings. The polite people in front of the camera talk differently than we do. “He’d like to lost his hat,” explains a woman about the time Leon Russell’s top hat blew away in the wind.

East Bay filmmaker Les Blank made this documentary profile of singer-songwriter-pianist Russell in 1972–74, at a time when former studio musician Russell — one of The Wrecking Crew from that exhilarating recent doc — was tearing up rock concert halls and wanted a promotional movie about himself. For Blank it was a camera-for-hire gig, but he gave Russell’s milieu the same earthy, unrehearsed-looking treatment he employed in The Blues Accordin’ to Lightnin’ Hopkins and A Well Spent Life, Blank’s portrait of bluesman Mance Lipscomb. It’s a perfect example of the down-home informality Blank made famous in his subsequent films, a candid look-in to ordinary Americans in their natural habitat — without the cooking shots.

In between scenes of Russell and his band cutting tracks for his Hank Wilson’s Back tribute to classic honky-tonk and live excerpts from his tours, we’re treated to plenty of eccentric local color (oh no, you’re not really going to show that cute little baby chick being fed to that snake, are you?) but comparatively little direct face time with the subject. Country music legend George Jones sings a song in the studio, and Willie Nelson pops up in a Texas roadhouse. But the prime attraction is the footage of Russell’s performances. His screechy vocal delivery on tunes like Hank Williams’ “I’m So Lonesome” somehow fits the material ideally, and on stage he showcases “A Song for You,” his prettiest ballad. He comes across as Dr. John’s nervous Oklahoma hippie cousin, the left-handed piano-pounding lord of Grand Lake o’ the Cherokees.

When the movie was finished the Cannes Film Festival wanted to show it in competition, but evidently Russell didn’t approve of Blank’s scene-setting digressions, and it was effectively stuck in a drawer for forty years. When Blank died in 2013, his son Harrod Blank contacted Russell to plead for the film’s release, and now it’s finally getting its first public showing. Russell, Harrod Blank, and Flower Films’ Maureen Gosling are scheduled to appear in person at a special screening this Thursday at Landmark’s Opera Plaza in San Francisco. The film officially opens the next day at Landmark’s Shattuck in Berkeley as well as the Opera Plaza.

Going Back to Cali