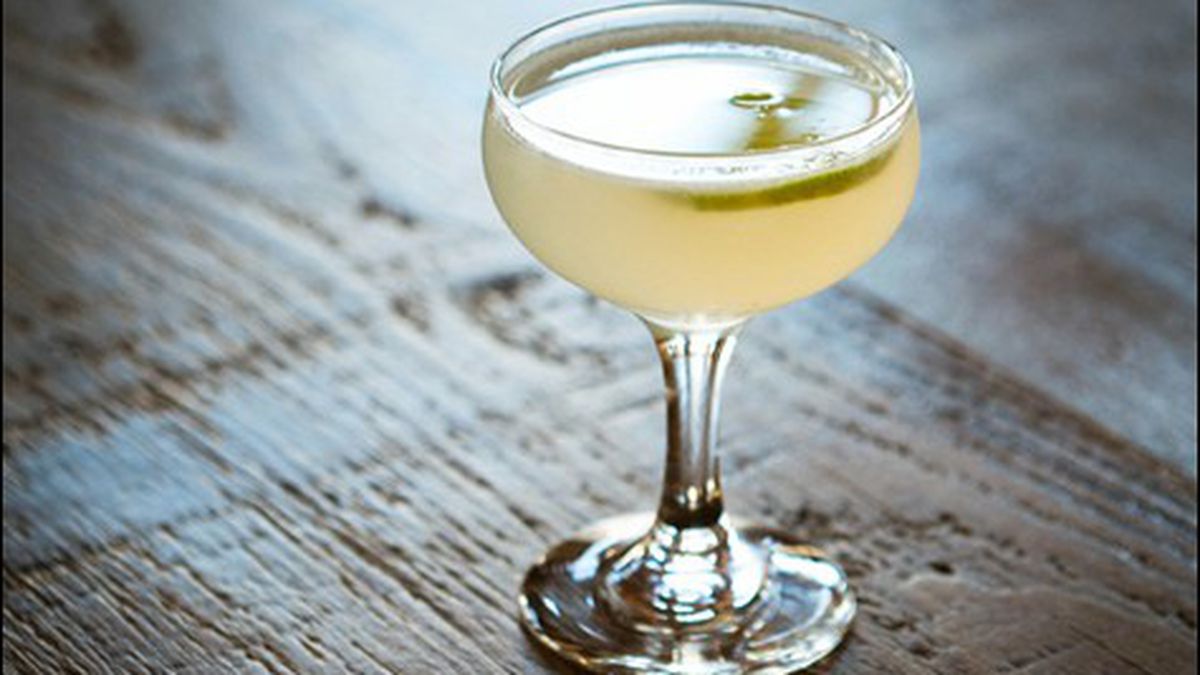 It was the year the East Bay's cocktail scene grew up. But is that a good thing?

If you had to pinpoint it, the exact day the cocktail revolution came to the East Bay must’ve been September 22 — a hot Thursday at the height of late summer, back when the air was thick and still and the sun didn’t set until after nine. On a wide, flat stretch of street in West Oakland, women in heels and men in ties stepped out of their cars, handed keys to the valet, and walked into a squat warehouse-turned-art gallery-turned-event-space, where they paid $65 a head for the opportunity to participate in San Francisco Cocktail Week’s East Bay Showdown, at which eleven local bars and restaurants vied for bragging rights and audience votes on their respective signature cocktails.

The event was Wild West-themed, making it all the more surreal: Hay bales were stacked all over the floor, a boisterous poker tournament dominated one room, a man in saloon garb played the accordion plaintively in a corner. And all around, at scattered faux-wood booths, the vaunted mixologists of the East Bay shook and stirred ingredients like lemon verbena syrup and allspice dram and something called “Fever Tree tonic” into colorful drinks with names such as “Tadlock’s Glasses” and “The Trapper Keeper.” It was a sight to behold.

It was also perhaps the most concrete crystallization of a trend that’s been coming together locally and even nationally for a good while, but which saw its true synthesis this year. If 2010 was the year of the beer in the Bay Area, what with its mini-explosion of microbreweries and beer-centric bars, 2011 was most definitely the year of the cocktail. In Oakland, look no further than five new bars and restaurants — Bar Dogwood, Hudson, Plum Bar, Disco Volante, and, to a lesser extent, Make Westing — all of which opened in the last twelve months, and all of which specialize in a certain species of high-end cocktail. They’re composed of top-shelf liquors, uncommon herbs and fruits, and typically no fewer than five ingredients; mixed by creative, expertly trained bartenders; and served in well-appointed spaces to youngish urban professionals. They often draw upwards of ten bucks a pop during non-happy hour.

When you include older establishments — like Flora, which arguably started the trend in Oakland when it opened in late 2007, and Albany’s Hotsy Totsy Club, which recently revamped its menu to include such cocktails — there are at least ten bars, dozens of bartenders, and thousands of patrons in the East Bay leading the way away from vodka tonics and draft beers and into a cocktail culture that’s heretofore uncharted, at least outside of New York and San Francisco.

All around the East Bay, local, seasonal, and obscure-to-the-point-of-parody ingredients — rosewater syrup, whole eggs, velvet falernum, oolong tea foam, black pepper tincture — are showing up in cocktails, and patrons are literally drinking it up. (At Hudson, for example, an average cocktail might contain “agua libre rum, egg white, lemon, Fernet Branca, green tea, and dill syrup, served up” and be called, entirely preciously, The Walrus and the Carpenter.) At the same time, bartenders — like Hudson’s Alex Conte or Michael Lazar and Scott Beattie, formerly of Plum Bar — have become brand names, their work histories discussed with obsessive attention to detail on the scores of food and drink blogs that have popped up in the Bay Area over the last several years.

Altogether, it’s a phenomenon with much in common with what happened to many restaurants about ten years earlier. Slowly but surely, the raw materials are getting better and preparations more thoughtful, the emphasis on locally grown and house-made ingredients is growing, bars are becoming bona-fide destinations rather than dime-a-dozen watering holes, and bartenders are turning into their own versions of celebrity chefs. (It’s probably not a coincidence that the utterly odious term “liquid chef” has been proposed as an alternative to the already-absurd “mixologist,” or that nearly all of these bars are housed inside of or are affiliated with relatively schmancy restaurants, or at least serve high-end food.)

As I wrote in an October 26 story for our annual Bars, Clubs, and Coffeehouses issue (itself a new invention, established last year partly to keep up with the trend), “In a sense, it wouldn’t be entirely hyperbolic to say that cocktails and spirits are experiencing something of a slow-food movement of their own, as tastes and expectations begin to change.”

But here’s the funny thing: At the very same time that 2011 was shaping up to be the year of the specialty cocktail, it also became the year of the foodie backlash. In his mega-viral March Atlantic essay, “The Moral Crusade Against Foodies,” B. R. Myers set up just that: a thousand-plus-word treatise on the glorification of gluttony, unchecked elitism, and “indifference to suffering” — human and animal — of the modern American foodie movement. “Whether gluttony is a deadly sin is, of course, for the religious to decide, and I hope they go easy on the foodies; they’re not all bad,” Myers concluded. “They are certainly single-minded, however, and single-mindedness — even in less obviously selfish forms — is always a littleness of soul.”

Myers was clearly trying to be provocative, and it’s not like the gourmet-cocktail movement carries with it even most of the same ills as the foodie movement. It’s not, for example, wholly dependent on the consumption of animals, and it is, mercifully, much less masturbatory and more democratic. But he does raise a point: It doesn’t take a razor-sharp sense of class consciousness to understand the inherent ickiness of attending a $65-a-head cocktail event in a neighborhood whose residents are more likely to be living in poverty than not. Nor does it take preternatural self-awareness to understand that obsessing over the latest bar or newest cocktail comes at the expense of attending to other, often more important, things. This is, after all, a trend and a subculture founded on consumption, sustained by dogma, and marked by such inventions as tea foams and saffron tinctures, for fuck’s sake. In that sense, it’d be hard to argue that it’s not at least a little bit ridiculous.

As an alcohol columnist, I know I’m complicit in this — and definitely conflicted. There are moments — like when I watched a streetful of Occupy protesters shout about income inequality just a few feet away from a seemingly oblivious Uptown bar, or when I switch my browser window from a bar-chatter blog to, say, the New York Times — when the self-indulgence and silliness of it all hits me square in the chest.

But at the same time, in the grand scheme of things, if you have the means, paying $12 for high-quality ingredients and preparation isn’t all that unreasonable. And while it’s possible to spend thousands of dollars on a meal at a fine restaurant, it’s pretty difficult to spend more than $50 at a bar without ending up in the hospital. It’s an indulgence, to be sure, but a small one — and after all, one person’s self-indulgence is another’s escapism. Cheers.