.A New Millennium for Vegetable Lovers

Veganism shows off its decadent side at Millennium's new Rockridge location. 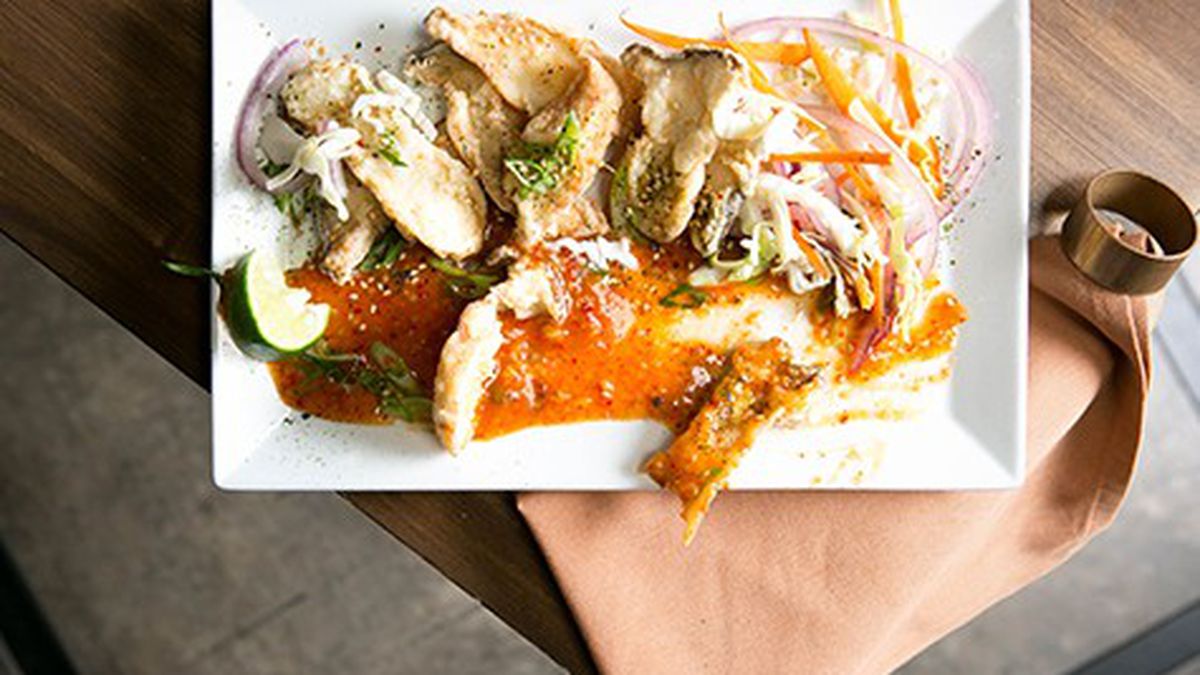 Six months have passed since San Francisco’s most well-regarded vegan restaurant first announced that it would have to close after the owners were unable to renew their lease. If you listen carefully, you can still hear the lamentations of the faithful.

After all, even in vegetable-crazy Northern California, a vegan’s dining-out options are somewhat limited. And the number of places where a vegan is able to indulge in a big blowout meal — to drop several hundred bucks on a tasting menu, craft cocktails, and multiple bottles of wine without even once having to worry about a dish’s ingredient list — is even smaller. For about twenty years, Millennium was that special-occasion place for many of the Bay Area’s plant eaters.

As with so many things, San Francisco’s loss is Oakland’s gain. Executive chef Eric Tucker and general manager Alison Bagby both already live in the Town, and Tucker is one of the co-founders of Encuentro, a successful vegetarian restaurant in the Jack London district. In a fortuitous turn of events, the former Box and Bells space in Rockridge became available right around the same time that Millennium in San Francisco was counting down its final days.

Open since June, the College Avenue space looks almost entirely unchanged from its Box and Bells days. The biggest difference I noticed: The stack of decorative wine crates above the door has been replaced by a wheelbarrow tableau. (Because, you know, vegetables.)

Tucker said he’s scaled down the menu a bit to account for the fact that the new Millennium is about half the size of, and a little less formal than, the original. While this is almost certainly still the priciest vegan or vegetarian dining establishment in the East Bay, the restaurant makes an effort to offer a greater number of affordable options than it did during its white tablecloth days across the bay. There are always a couple of entrées priced under $20, and there’s an expanded selection of inexpensive bar snacks, including a bowl of crunchy, Indian-spiced fried chickpeas that made a wonderfully toasty start to one of my meals.

For those of us who dined at, and loved, Box and Bells — James Syhabout’s short-lived, meat-centric paean to the restaurant staff meal — it’s a funny thing to sit down to eat a vegan dinner at a restaurant that had, less than a year earlier, been so focused on obscenely decadent meat dishes. Vegan food gets a bad rap in certain circles for being insubstantial — a bunch of sprouts and leaves that never quite fill you up. But if there was one thing I took away from my meals at Millennium, it’s this: The food was hearty — decadent, even. And, not for nothing, it was often quite delicious.

Those qualities can be attributed, at least in part, to the abundance of mushrooms on the menu. If the restaurant has a signature dish, it’s probably an appetizer of sesame- and arborio-crusted king trumpet mushrooms, a dish that hit all of the same pleasure centers as a plate of fried calamari that you might eat at your neighborhood Thai joint — right down to the sweet chili dipping sauce and the little pile of funky cabbage-mint slaw, at least in the current, early-summer version of the dish. What made this special was the use of ground-up arborio rice in the dredge, yielding a fantastically light and crispy texture that served as a nice counterpoint to the mushrooms’ pleasant toothsomeness and — for lack of a better word to appeal to the reluctant flesh-abstainer — their meaty texture.

That said, Millennium isn’t the kind of vegan restaurant that’s particularly interested in serving imitation meat (a single grilled tempeh dish is probably the closest thing you’ll find to that). Instead, what Tucker understands is how to wield the power of umami to create a deeply satisfying dish. Hearty wedges of spelt-and-caraway flatbread were topped with enough sprout-y, weed-like herbs — tarragon and dill, mostly — to make me feel like I was grazing. But, again, an abundance of mushrooms (criminis, maitakes, and slender velvet pioppinis) were the dish’s focal point and the source of its heady, saliva-inducing umami fragrance — a quality enhanced further by a slather of miso-infused corn-shallot “butter.”

While every dish at Millennium fits under the broad, exquisitely sourced umbrella of California cuisine, what’s noticeable is how heavily Tucker and his crew lean on Asian and Latin flavors — and in more nuanced ways than your typical hippie-cafe tofu stir-fry. Tucker attributes his affinity for Asian flavors to the monthly trips that his family used to take when he was a kid to New York City’s Chinatown. Some dishes have the kind of “East Meets West” quality I associate with fusion restaurants that were popular in the early Aughts — including a plating aesthetic that’s a little bit busier-looking than the minimalist style at many of today’s fine-dining restaurants.

The use of Asian flavors makes particular sense because many Asian cuisines are vegetable-centric to begin with, Tucker explained. His Burmese red lentil curry — presented, beautifully, in a small cast-iron skillet — doesn’t require any replacement ingredients. The rich, subtly spicy coconut milk sauce stands on its own merits; a crispy jasmine rice cake, instead of your standard bowl of white rice, is the dish’s only obvious fine-dining embellishment.

If you aren’t familiar with the phyllo-like Tunisian pastry dough known as brik, you might not be able to make heads or tails of the menu description for the Brik Purse. What do grilled portobellos, braised chard, butter bean sugo, smoked onion coulis, and spelt salad add up to exactly? A kind of stuffed pastry dish that I quite enjoyed, it turned out. Again, elements of umami — the truffle-infused mushroom-and-chard filling, as well as the sweet miso-and-smoked-onion sauce on the plate — carried the day.

Meanwhile, under the stewardship of pastry chef Ariana Goldschneider, the desserts proved to be worth saving room for — especially a gorgeous peach-topped cheesecake that had me echoing that old omnivore food writer cliché: The cashew-based “cheese” base really was just as tasty and satisfying as the real thing.

Not everything I ate was a bona fide triumph. A scorched-tasting almond-milk cappuccino made for a practically inedible nightcap. Worse yet, a corn tamale entrée had a texture akin to the dry cornbread you might get at a middling soul food restaurant; it had nothing on the moist, lard-soaked delicacies that come out of the steamer at my favorite tamale joints.

But even that dish — the least successful I tried — contained a welcome revelation: Hidden under the corn husk wrapping of the tamal was a pile of sautéed amaranth greens, one of my all-time favorite vegetables. Wild-tasting and slightly bitter, the greens are relatively little-known in the United States; I’ve rarely encountered them outside of the most authentic Asian restaurants.

That seems fitting, though: If you’re going to open a vegan restaurant, what higher calling do you have than to introduce your customers to new and obscure — and wildly delicious — vegetables?