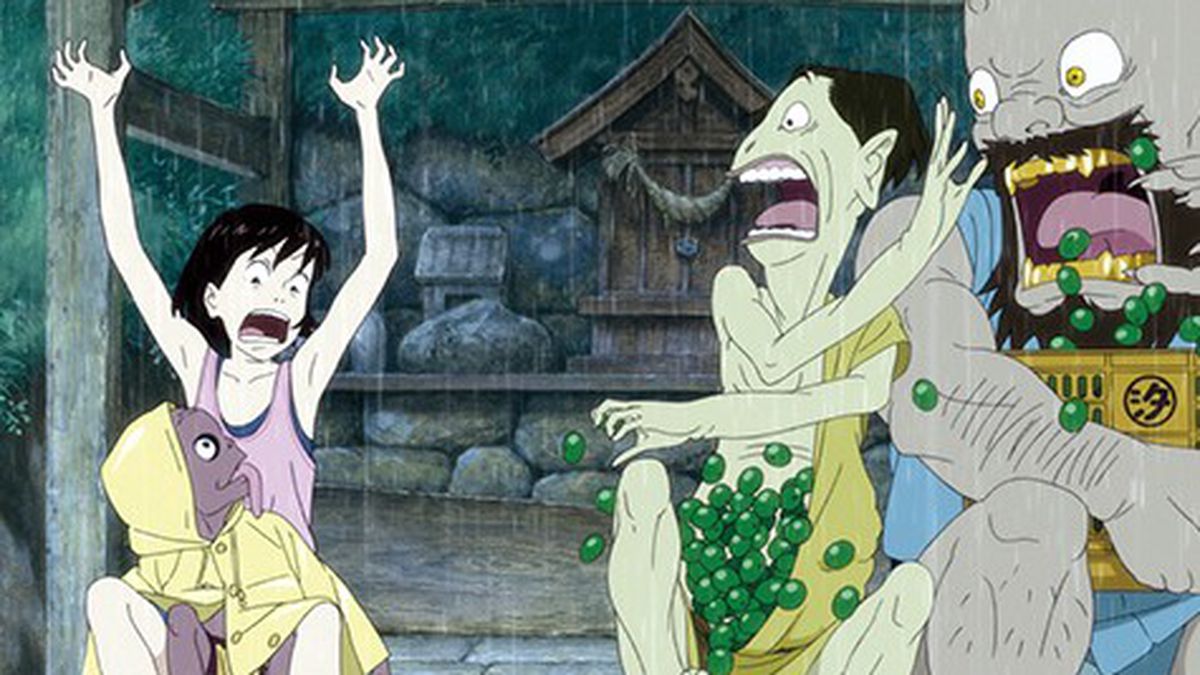 A Letter to Momo

A girl and her strange friends.

Japanese animated filmmakers working in the wake of Hayao Miyazaki seem to occupy an express lane to life’s deepest emotions. Case in point: Hiroyuki Okiura’s A Letter to Momo, is a deceptively profound character study of a sensitive teenage girl struggling with grief, guilt, newfound friendships, and a typhoon, in roughly that order.

As Momo (voiced by Karen Miyama) and her asthmatic mother Ikuko (the single-named actress Yuka) arrive by boat on Shio Island in Japan’s Inland Sea, we can tell right away, from the music, that this is a “feelings” animation. Momo and her mom have moved from Tokyo to live with Ikuko’s aunt and uncle, essentially in an effort to get over the accidental death of Momo’s father, a tragedy for which Momo feels responsible. The key relic left by her departed father, the thing that haunts her, is a letter that begins “Dear Momo,” with nothing underneath. What did her father want to tell her?

In the kindly couple’s attic, Momo discovers a scary old book full of demons and spirits. That discovery coincides with the falling of three magical raindrops from the sky, water beads with minds of their own that transmogrify into a trio of goblins that only innocent souls can see, and function as Momo’s guardian angels. The impish Mame, Kawa the farting reptilian joker, and the nightmarish giant Iwa may be grotesque but, despite their previous penchant for sucking people’s livers out of their bodies and devouring them (“We were gods, fallen to goblins,” explains one of the creatures), the hideous/comical trio’s mission on earth is now to help Momo recover, despite challenges involving wild boars and hordes of demonic protoplasms.

Okiura’s drawing — he has served as an animator on the Ghost in the Shell animes in addition to the classic Akira — is splendid, very much in the Miyazaki style, and Momo’s slow realization that she’s not alone in her sorrow touches that gentle, heartbreaking chord we recognize from such Japanese cinematic masters as Yasujiro Ozu, as well as from Miyazaki’s landmark fables. A Letter to Momo is a sweet, melancholy story with beautiful artwork that pays special attention to both natural surroundings and traditional Japanese animistic spirits, but its appeal is overwhelmingly human.