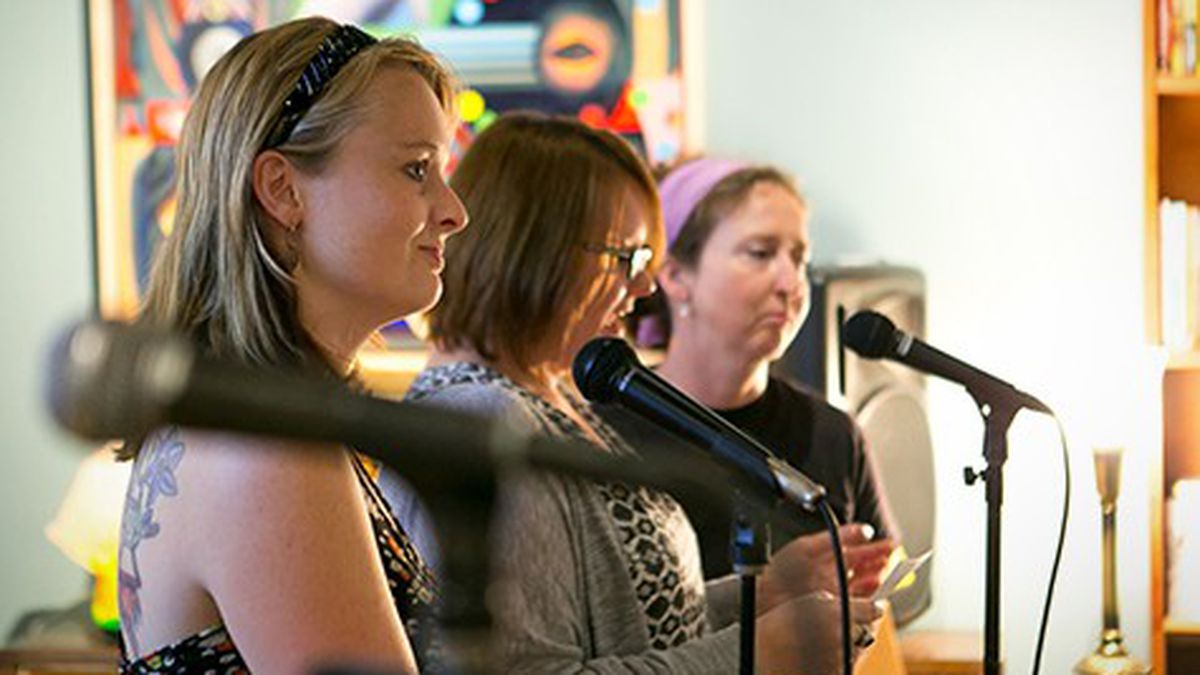 A Home for Drama and Literature Fans this Fall

After a quiet opening last April, Oakland's Octopus Literary Salon is kicking off a variety of events for drama and literature lovers.

When Rebecca Grove opened the Octopus Literary Salon last April, she wanted the bookstore and coffee shop to have the same atmosphere as a cozy living room. The former educator decorated the tiny spot in downtown Oakland (2102 Webster St.) with cool blue tones, pictures of serene seascapes, and wooden bookshelves filled with volumes from her personal collection. The décor sharply contrasts the steel and concrete business area that the shop is nestled in, making it a quiet reprieve for the people trickling in on their lunch break. “I wanted it to feel sort of like a home away from home,” said Groves in a recent interview. “[It’s] somewhere that people can come and join in a community that shares in their love of literature and get a cup of coffee and some good food.”

As intended, the salon has hosted a number of literary events since opening, including readings, book launches, and “Open Mic Mondays.” But this fall marks the start of something special for Grove. The Octopus Literary Salon will now be home to the Open Society for Impromptu Dramatists, an inclusive group that regularly convenes to read dramatic works. Grove founded the society with customer-turned-friend Farah Dinga, hoping that the group would bring together theater aficionados, writers, literature fans, and people who haven’t yet had the opportunity to immerse themselves in a creative society.

“I think that non-artists — and people who classify themselves as non-artists or are told that they’re not artists — forget that they have those parts of themselves,” said Dinga, who serves as director of the society. “Whether you have a favorite monologue or were an understudy and want to perform that piece you never got to share — you can do that here.” She said the dramatic readings would also be a place for local, more established artists to promote their original work.

The first meeting, which is open to the public, will take place on September 13, and will include a reading of Christopher Durang’s Betty’s Summer Vacation. Then, after a short break, the series will continue through the month of October under the theme “Spooks and Ghouls,” followed by November’s “Let’s Celebrate Family.” The goal is to host the dramatic readings every Sunday, said Dinga.

Aside from starting the society with Dinga, Grove has also been busy organizing several other literary events, resulting in a fall calendar that is teeming with opportunities to celebrate the written and spoken word. Highlights include the poetry variety special “The Crow Show,” hosted by Oakland author and Beast Crawl organizer Paul Corman-Roberts — someone who Grove credits as a huge force in Bay Area poetry. His September 5 show will mark the ninth installment of the poetry series and will feature comic storyteller and NPR alum Dhaya Lakshminarayanan, poet and editor of the Zoetic Press Allie Marini, local lyricist Chris Smith, and Oakland educator Neil Uzzell.

In addition, journalist and blogger Susan Kuchinskas will be paying a visit to the salon to host “Dirty Old Women,” an erotica-themed event that features original writing and an open mic. Performances will focus on the experiences and sexual preferences of self-identified older women, including “what they want, what they’ve done, [and] what makes them hot,” according to Grove. The popular, sometimes humorous reading is held every fourth Tuesday.

Meanwhile, there’s also a “Kids Open Mic Brunch” (Aug. 30) with books from Anitya Press, a publishing house that specializes in culturally diverse and educational narratives. Oakland pediatrician and live music blogger Mike Linn is hosting the event and is planning to add more kid-friendly days to the Salon’s calendar in the coming weeks.

“We really try to have something for everyone,” said Grove of the salon’s growing roster, which also features a “Banned Books Day” (Sept. 22), a Roald Dahl Day (Sept. 13), plus various comedy and improve nights.

Until then, patrons of diverse ages are welcome to attend the music-themed nights, featuring intimate performances from local musicians. Specifically, for fans of blues music, historian Mike Bond is hosting the “Bottleneck Blues Seminar Series,” which will continue through the month of September. The event, geared towards beginning blues listeners, will incorporate video, speeches, and recordings of seminal blues artists. The second session will take place on Sept. 15 and is an early birthday celebration honoring legendary musician B.B. King, who died last May.