.A Guide to Vegan Cocktails

They're a lot more complicated than simply excluding the cream. 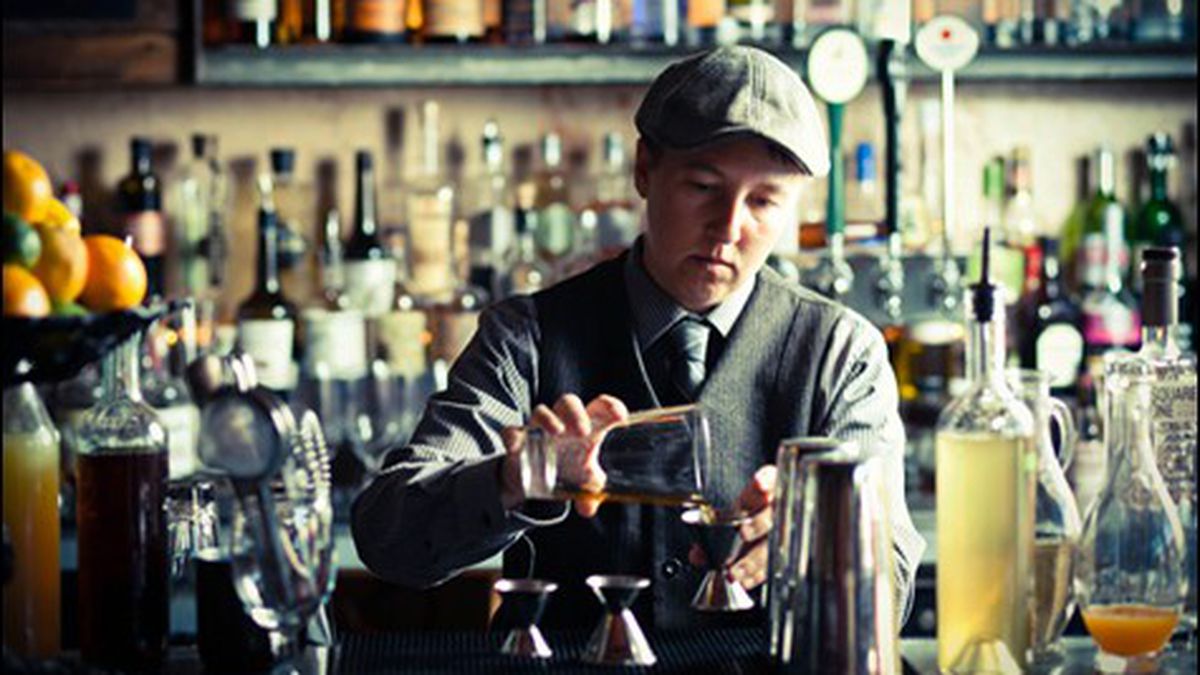 Here’s a joke for you: A vegan walks into a bar and orders a Bloody Mary.

When Nat Harry became the head mixologist at Revival Bar + Kitchen nearly two years ago, she started getting requests for strictly vegan drinks. This was natural for Downtown Berkeley, and sounded easy at first. Worcestershire sauce, honey, egg whites, and dairy products were obvious exiles. Thus no Bloody Marys, Black Russians, Brandy Alexanders, Grasshoppers, or eggnog. But what else?

“The more you look into this, the more you think: uh oh,” Harry said.

Cocktail components can be rendered vegan-unfriendly due to their ingredients, their production processes, or both. Conventional white sugar is refined using charred animal bone. Certain well-known alcoholic beverages — such as Drambuie and Yukon Jack — are honey-based. Others, such as Benedictine, include small quantities of honey among a long list of components. Some — such as Cointreau, Chartreuse, and Grand Marnier — are based on closely guarded secret recipes, which might very likely include conventional sugar and who knows what else.

Sake (intrinsic to sakerinhas or saketinis) is traditionally filtered with gelatin. Wine (indispensible in mimosas, spritzers, and sangria) is traditionally processed with egg whites. Beer and ale (necessary in Boilermakers, Irish Car Bombs, and U-Boots) is traditionally clarified — “fined,” in industry parlance — with isinglass, a gluey substance derived from fish bladders. (This invokes yet another joke: What do beer and bladders have in common? Again, it’s not what you think.) Red beverages (including Campari and Tropicana Ruby Red Grapefruit Juice) are often colored with cochineal, aka carmine, a dye extracted from insects.

Because Revival is a “craft bar” renowned for using artisanal spirits, fresh juices, and local ingredients, “we know where everything comes from, and we get to meet many of the producers personally and ask them as many questions as we like — which really helps when you want to make vegan cocktails,” Harry said.

So does her artistry when devising new drinks or new twists on old ones: a genius knack for infusions and substitutions that far outweighs whatever any vegan drink might lack. For a spunky gimlet that she dubs the Pale Fire, Harry mixes house-made sage syrup, fresh lime juice, and Square One vodka infused with black peppercorns. Her transcendent vanilla-scented Silk Road Sour — part of a newly revamped cocktail menu set to roll out within the next few weeks — comprises fresh orange and lemon juices, simple syrup, and bourbon infused with Mandarin Silk tea.

“This way,” Harry said while serving one of these sunny yellow beauties with a twist of lemon zest, “I don’t have to feel bad about making someone an egg-free whisky sour.”

The full bar at Origen, a Catalan-inflected “farm-to-fork” restaurant set to open in Berkeley on November 1, prominently features vegan cocktails— but many classic cocktails were already vegan from the outset, said Origen’s co-owner Trace Leighton.

“My favorite drink for years has been a dirty martini, and that’s as vegan as they come,” said Leighton, who makes this drink by mixing East Bay-made Hangar One vodka with dry vermouth and a bit of brine from the restaurant’s house-made olive mix, shaken and poured over ice with an olive garnish for a crisp, keen, suavely acidic sip.

“Since some distilled drinks — such as your more complex sipping rums — are made with fermented sugar, you still have potential problems,” Leighton said. Like Revival, Origen makes its own syrups in-house using char-free sugar.

Finding safe components “is a brand-by-brand specific process,” said Alicia C. Simpson, author of Quick and Easy Vegan Celebrations. “Many people assume that vegans don’t drink. They don’t understand veganism as an ethical choice but think it is more of a health-conscious way to eat — so oftentimes people are surprised that vegans drink at all. I always say, ‘There aren’t any actual geese in Grey Goose,’ and that lightens the mood,” Simpson said.

“Most vegans already have their preference for a particular brand or type of alcohol just as omnivores do and will politely decline if they are presented with a cocktail that contains an ingredient they don’t drink. If you’re looking to find a substitute for milk in a cocktail recipe — a White Russian, for example — any non-dairy milk works well. Try soy, almond, or rice milk.”

Square One spirits are also must-haves at Gather, whose bar features a full complement of strictly organic spirits and cocktails designed especially with vegans in mind. Beverage manager Sarah Cain is particularly wary of “products whose secret ingredient lists are very well-protected,” as well as products containing honey. “Bees are involved in a lot more things than we realize,” she said.

Gather makes its own simple syrups using char-free organic Wholesome Sugar. Gather’s cocktail menus, like its food menus, are gratifyingly detailed, listing every ingredient and indicating which non-vegan classic drinks can be made in vegan versions. Eggless pisco sour? No problema.

“Our hardest challenge was creating a vegan Bloody Mary,” Cain recalled. “What could we do about the Worcestershire sauce?” Trial and error led to a sensible substitute: tamari, whose thick smooth salty richness shares some qualities in common with tamarind-anchovy Worcestershire, “so it gives that depth of flavor that you expect in a Bloody Mary,” Cain said.

“Whether it’s veganism or another dietary restriction that gets people more connected to the idea that they are ingesting products, not simply food, I’m thrilled,” said Origen’s Leighton. “Whatever gets them wondering: What is this? What was it made with? Where and how was it made? The more they ask these questions, the more transparency we will have. And the more transparency we have, the more people will make better choices” — even when you’re completely hammered, or about to be. &#8;

Previous ArticleMarching, Dancing, and Lots of Tear Gas: What Went Down Last Night at the Occupy Oakland Protest