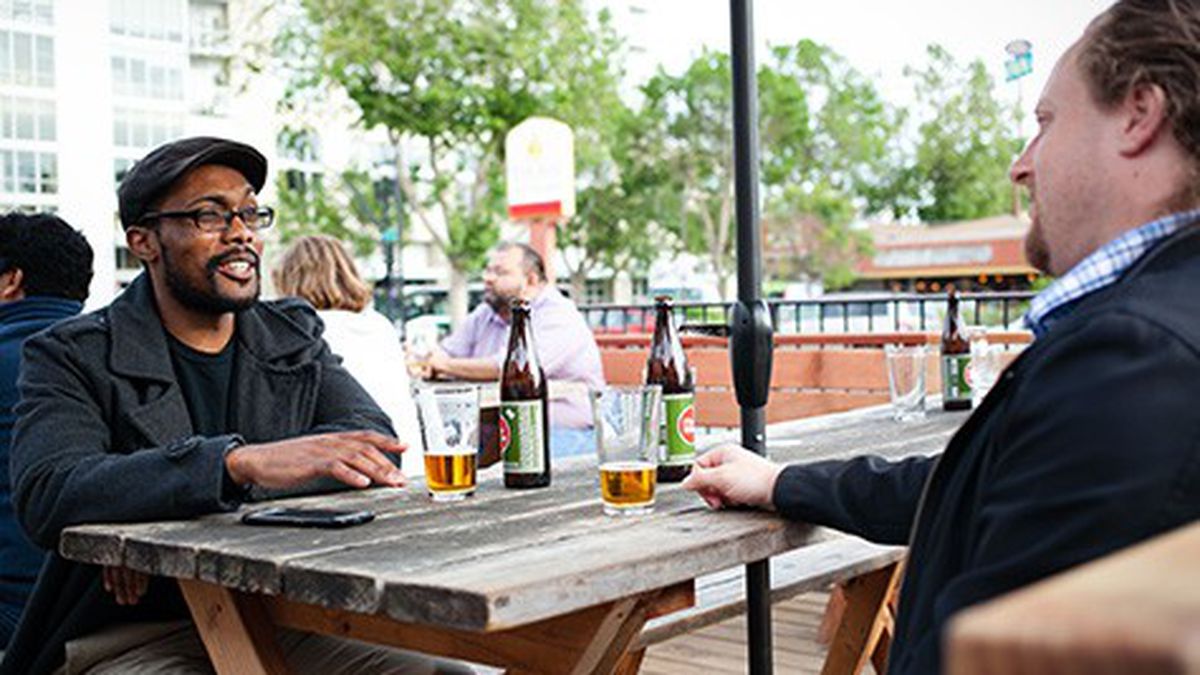 Brew is a friend. Your friend. Beer has been there since California’s Gold Rush days. So, this summer, let’s celebrate our awesome old-school brew spots — and a few new ones, too — all of them with outdoor seating, to boot.

To begin, nothing is more OG craft beer Oakland than Beer Revolution (464 Third St., 510- 452-2337, Beer-Revolution.com). There’s still a ridiculous selection of some of the best brews in the state, the patio vibe out front is friendly and on the level, and you’ll still drink one too many and try to open the employee door instead of the bathroom. Don’t forget that Beer Rev also boasts a solid to-go bottle and can selection.

The Trappist (460 Eighth Street, 510-238-8900, TheTrappist.com) is another original Oakland brew spot just a few blocks from Rev. There’s a small and shaded patio in the back, perfect for sipping both classic Belgian ales — or the occasional beer slushie, which I’ve sometimes seen churning back there in a machine.

Further east up Broadway is the newish Drake’s Dealership (2325 Broadway, 510-833-6649, DrinkDrakes.com). Back in the day, if you were craving for some Drake’s, you had to brew down at the original location behind a Walmart in San Leandro. Which is fine. But the new spot, right in the heart of Oakland, is quite the gem — complete with a healthy selection of guest taps.

And, lastly, there’s no better way to end your beer-guzzling weekend than hoisting a pint at Faction Brewing Co. (2501 Monarch St., Alameda, 510-523-2739, FactionBrewing.com) and watching the sun dip down over San Francisco. That view. Those flawless hoppy beers. It’s enough to make you forget all about the crap things in life. Such as your next rent check.