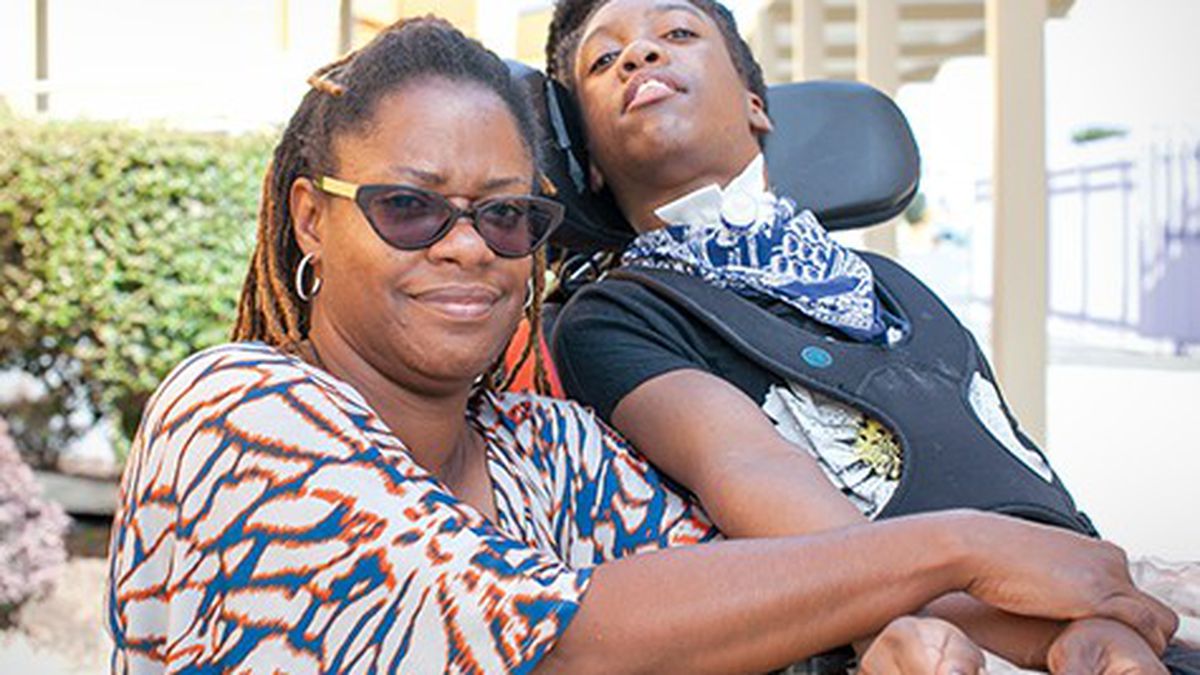 California is dismantling a state health program for seriously ill children, and pushing them into risky managed health plans that could limit access to specialty care.

Several years ago, Niara Pare repeatedly suffered from bouts of pneumonia. The nineteen-year-old Oakland girl has cerebral palsy, a neurological disorder that impedes her muscle coordination and makes her particularly vulnerable to risks associated with infections, including pneumonia. “Our daughter needs specialized care otherwise she’s going to be right back in the hospital,” explained Larene Pare, Niara’s mother.

Since Niara was first diagnosed with cerebral palsy as an infant, she and her family have relied on a state public health program called California Children’s Services (CCS) to provide physical therapy and coordinate her medical care. CCS provides a safety net for the state’s sickest children — those with chronic, life-threatening, and disabling conditions. These kids are also often the most expensive and challenging to treat. The program offers families case management, which helps ensure that children can see appropriate specialists for their unique conditions. When Niara was hospitalized for pneumonia, CCS case managers made sure that she received intensive nursing care at home, which helped ensure a successful recovery, Larene said. “Had we not had CCS, we would’ve just been sent home.”

But under a new proposal by the California Department of Health Care Services (DHCS), children and adolescents like Niara could lose the kind of vital care coordination that helps families navigate long-term treatment and helps parents and providers make critical, life-saving decisions. That’s the perspective of a growing group of critics of DHCS’s so-called “Whole-Child Model,” a proposed redesign of CCS that opponents say would effectively dismantle the program — with potentially fatal consequences.

Established in 1927, CCS is the oldest public health program in the state and currently serves 190,000 children under the age of 21. These youth suffer from a range of chronic and serious conditions, such as cystic fibrosis, hemophilia, heart disease, and cancer. The program is open to families who are eligible for Medi-Cal (state health insurance for low-income people); families with income of $40,000 or less; and families for which out-of-pocket medical expenses for the child are exorbitant — exceeding 20 percent of the family’s income. The therapy services are available to all children with CCS conditions regardless of income.

But in recent years, DHCS has explored the possibility of ending CCS as a state program and transitioning sick kids into managed healthcare plans. Despite intense backlash early last year — see “State to End Program for Sickest Kids,” 2/12/14 — DHCS in June unveiled its “Whole-Child Model” plan, which would roll CCS children into managed healthcare plans in phases over the next four years. Under the Whole-Child Model proposal, the program would still be state-funded.

The state plans to transition about 25 counties in 2017 from CCS to a managed care model, and in 2019, the remaining 33 counties could follow suit. Jennifer Kent, DHCS director, said in an interview that 2019 is the earliest that those latter counties could make the change, but added that the state has yet to finalize its proposal.

Alameda County — where local CCS officials and hospital executives have vocally opposed the state’s plan — is in the 2019 group (Contra Costa County is in this second group, too). But if either of the current managed health plans in Alameda County that administer Medi-Cal — Alameda Alliance for Health or Anthem Blue Cross — were to submit an application to the state to also take over CCS, then DHCS could potentially transition the county into managed care in the first round, under the state’s proposal. (Alameda Alliance for Health representatives declined to comment and an Anthem Blue Cross representative did not respond to a request for comment.)

The state says the Whole-Child Model will help streamline care for families so they get comprehensive treatment — for both their CCS conditions and their general primary care and mental health services — through a coordinated system within a single managed care plan. Currently, children in the program are often simultaneously enrolled in CCS (for treatment for their specific chronic conditions) and in Medi-Cal managed care plans (for the rest of their care). “It’s really important that the kid be looked at not only for their CCS condition, but for all the other things happening with the child,” said Kent.

But opponents of the state’s plan — which include county health officials, children’s hospitals, and a number of patient advocacy and disability rights’ groups — have argued that the state’s proposal is largely a solution in search of a problem and that managed care health plans are not equipped to take care of children with complex needs. The new system, they say, could limit families’ access to specialty care, eliminate the extensive case management and coordination built into the current model, and greatly erode the high standards of care that CCS and county programs have developed over the years. Moreover, state officials acknowledge that the new system will not save California taxpayers any money.

Under the existing program, patients have access to a diverse set of specialists from across the state who are experts in treating rare and complex conditions. But if managed health plans establish their own limited networks of CCS providers, families may have fewer options. And because managed plans pay physicians a fixed amount of money per patient on their plans, insurance organizations would have a financial incentive to discourage families from seeking treatment from specialty providers outside of their networks, opponents say. A managed health plan could also direct a CCS child to get surgery from an adult cardiac surgeon, instead of a pediatric specialist outside the network.

Bert Lubin, CEO of UCSF Benioff Children’s Hospital Oakland, said that chronically ill children who don’t get comprehensive and proper treatment will end up draining the healthcare system in the long run. “If the new [managed care] plan is developed by somebody who doesn’t really have the expertise … the cost to society, the cost to families, and the costs to the state will be higher.”

And although the state has proposed keeping counties in charge of CCS therapy programs — which provide physical and occupational therapy to children with various conditions — critics say these families will still suffer if the CCS program is no longer coordinating therapy services with the rest of a child’s care. That’s because families pushed into managed care plans would no longer have case managers helping them align therapy services with other CCS services, forcing parents to take on that role and potentially yielding worse health outcomes.

“Case management acts as a link between the medical therapy program and surgeries,” said Dave Kramer-Urner, supervising therapist for Santa Cruz County’s CCS program, which is on the chopping block in the 2017 transition. “There’s going to be a gap in understanding and a gap in providing the right services.” And if the quality of care or the level of coordination declines, he added, “There are going to be a lot of kids who fall through the cracks … and the consequences are going to be devastating.”

And although DHCS has emphasized that it would be responsible for maintaining CCS’ high standards of care and families’ access to the best providers, critics have argued that the state has not demonstrated that it has the capacity to take on this role. In June, the state auditor specifically criticized DHCS’ oversight of Medi-Cal managed care plans, saying the department needed to improve its monitoring of the plans to better ensure access to care.

The audit also said DHCS has failed to verify the accuracy of plans’ provider networks, has failed to validate plans’ data on access to care, and has rejected thousands of calls from Medi-Cal recipients seeking assistance through its managed care ombudsman office.

Kent, DHCS director, defended the department’s oversight of managed care, saying the audit misrepresented the agency’s procedures. She further argued that CCS’ successful network of specialty providers would remain intact in the Whole-Child Model. “We’re not proposing to dismantle the program,” she said, arguing that the state carefully selected counties in the first round that have nonprofit managed care health plans, which are well-equipped to provide coverage for the CCS population. “They have no profit motive. … We chose them deliberately.”