A Bay Area man tests the limits of diner endurance. 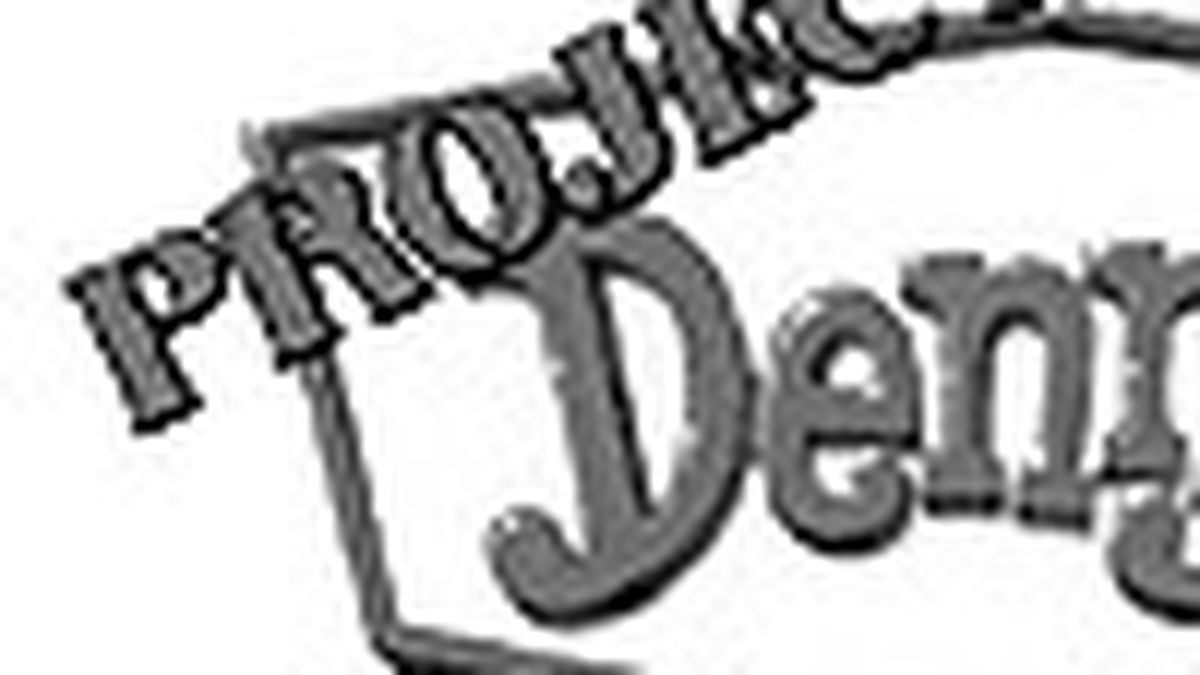 Jason Vanderford-Pfaff would prefer that you not visit his Project: Denny’s Web site. But back in 1996, he was humming a different tune. Of course, 1996 was a friendlier time; Clinton was in the house, everybody was destined to be a millionaire, the Spice Girls were the future of music. And Jason Vanderford-Pfaff was a slender, starry-eyed college student from Ohio with an old school bus and a mission statement. His goal was to visit as many Denny’s restaurants as possible before he died. He was on tour, a Denny’s tour of big-haired waitresses and smothered hash browns.

Caught up in the spirit of the age, he started a Web site called Project: Denny’s. “I have been a Denny’s fan for as long as I can remember,” he wrote in the site’s introduction. “When I was a wee lad, my grandfather would take me there for breakfast. As I grew older, I quickly realized the benefit of a place where you can get semi-decent coffee and an omelet any time of the day or night. Sure, all the food tastes the same and it always leaves a thick layer of grease on your plate, but where else can you get a Moons Over My Hammy?”

Vanderford-Pfaff invited visitors to use Project: Denny’s as a tool to rhapsodize about their favorite dishes, or to warn others about particularly bad restaurants. The Denny’s-yellow Web site set various review criteria, including food consumed, name of waitperson, and whether they gave away any free swag. Vanderford-Pfaff used to ask for free stuff just to see what he could get. “We’ve gotten some wacky stuff, too,” he now recalls. “We have an official Denny’s-branded vomit clean-up kit. But mostly lots of crayons and menus and carafes. Oh, and a toilet.” There was even a place for reviewers to help prove Vanderford-Pfaff’s theory that all Denny’s branches employ at least one manager who looks like Weird Al Yankovic.

Something about the Web site struck a chord. Denny’s customers from Albuquerque to Guam came out of the woodwork to talk about their Grand-Slam experiences.

“Is there a more satisfying eating experience than ordering the chicken strips with dip at any time of the day that I feel like?” wrote an English woman after a satisfying visit to a Denny’s in Anaheim. Others debated the merits of the hash browns, or wrote rambling reviews about visiting the diner while on lots of LSD. Someone raved that they had visited the best Denny’s in the world, while another complained about a manager who wanted to “kick their ass.” Some thoughtfully sent in naked photos of themselves standing in front of the restaurant.

Soon, newspapers and magazines such as The Washington Post, Wired, and Food Service Today were clamoring for interviews. After he moved to San Francisco, the popular Bay Area television show Evening Magazine brought its cameras along for a lunch at the Corte Madera Denny’s, and Vanderford-Pfaff did a radio interview on NPR.

Project: Denny’s provided insightful coverage of the East Bay Denny’s scene. One contributor, [email protected], wrote with concern about a waiter in Emeryville who was pushed around by a particularly lazy manager. Another, Shawn Roberts, recalled with anger the day the restaurant was closed: “Pest control, baby. WHOLESALE COCKROACH SLAUGHTER!!!!” Meanwhile, Fremont’s outpost got mixed reviews: “Their hot chocolate is kinda crappy, but that vanilla cappuccino stuff KICKS ASS,” wrote F. Sabina Ahmed. The review also described an interlude in which a waiter displayed his ignorance of the difference between hash browns and home fries. “Lesson learned: the waiters at this location are not knowledgeable on the subject of breakfast potatoes.”

But much has happened since 1996; Bush is now the man, the Web produced more paupers than princes, and the Spice Girls stopped talking to one another. And the idea of visiting all the world’s Denny’s just doesn’t seem as fun as it did in 1996. Vanderford-Pfaff is older, larger, and incredibly sick and tired of talking about Denny’s.

He doesn’t do in-person interviews any more. Although it would have been nice to get him alone in a cushy Denny’s booth, he would have none of it, and only agreed to be interviewed by telephone and e-mail. Asked to describe the food and atmosphere of the East Bay’s many Denny’s, he even gets a bit huffy. “What, are you kidding me?” he replies via e-mail. “Haven’t you ever BEEN to a Denny’s? I think I got something fried. Probably had butter or mayonnaise on it, too. I remember the one by the airport had nice trees in front. The one in Hayward was having a big sale on plush toys.” According to his review of the airport restaurant, he also got lots of swag on that visit: One menu and a rack of fourteen wineglasses.

Today, the Web site is in a state of neglect. Its last meaningful entry was in May of 2002, and it certainly hasn’t been updated to reflect its owner’s grouchier state of mind. Astute observers might have seen this all coming. After all, one contributor to the site noticed a disturbing trend early on: “I am concerned about your weight, as your pictures on the site seem to get progressively larger. Denny’s might not be lookin’ out for you, bro.” Elsewhere on the site, our hero conceded as much himself: “For me, the results of the project are a pudgier midsection, a greasier complexion, and a higher cholesterol count.”

Still, if Project: Denny’s leaves an overall impression, it’s that compared to other chain-diner food, such as that found at the odious Baker’s Square, the fare at Denny’s isn’t that bad. But the burned-out Vanderford-Pfaff begs to differ. “The food sucks,” he sighs via telephone in a let’s-face-it tone of voice. Later, he e-mails a clarification: “It’s not so much that Denny’s sucks as much as it is that stopping every five minutes to get a picture of one sucks. But the food is really secondary anyway. It is what it is.”

There are lessons to be learned from the story of Jason Vanderford-Pfaff. Be careful what you wish for. And if you wish for fame, be specific about what kind of fame you desire.

He understands this now. “Driving all around and scamming them for free food is fun and quirky and charming when you’re a goofy twentysomething kid tearin’ up the place. Once you hit thirty, it starts to be a little depressing,” says Vanderford-Pfaff, who is rapidly approaching that milestone.

Vanderford-Pfaff retired having visited 250 out of the possible 1,500 restaurants. “My most recent trip was from Sacramento to Toledo, Ohio, with a detour through Yellowstone,” he explains. “It was this past fall. The mountains in Utah were bursting with autumn foliage, there was just a hint of snow up in the twisty roads. Purple mountain majesty sort of stuff. It’d be pretty hard to top that, so I figure I might as well call it a day.”

But the documentarian of Denny’s softens a bit as he delivers a parting piece of advice. “Next time you’re in Denny’s real late at night and you’re getting along fine with the waitstaff, order a ‘Delidinger.’ It’s not on the menu anymore, but sometimes they’ll make it if you ask real nice. It’s a whole lotta sandwich filled with meat like turkey and ham. It’s the sort of sandwich you take half of home and wake up bleary-eyed the next afternoon and suddenly remember, ‘Oh, I have a sandwich!’ And it’s the best sandwich ever at that point.”

Next ArticleHere’s the Beef!