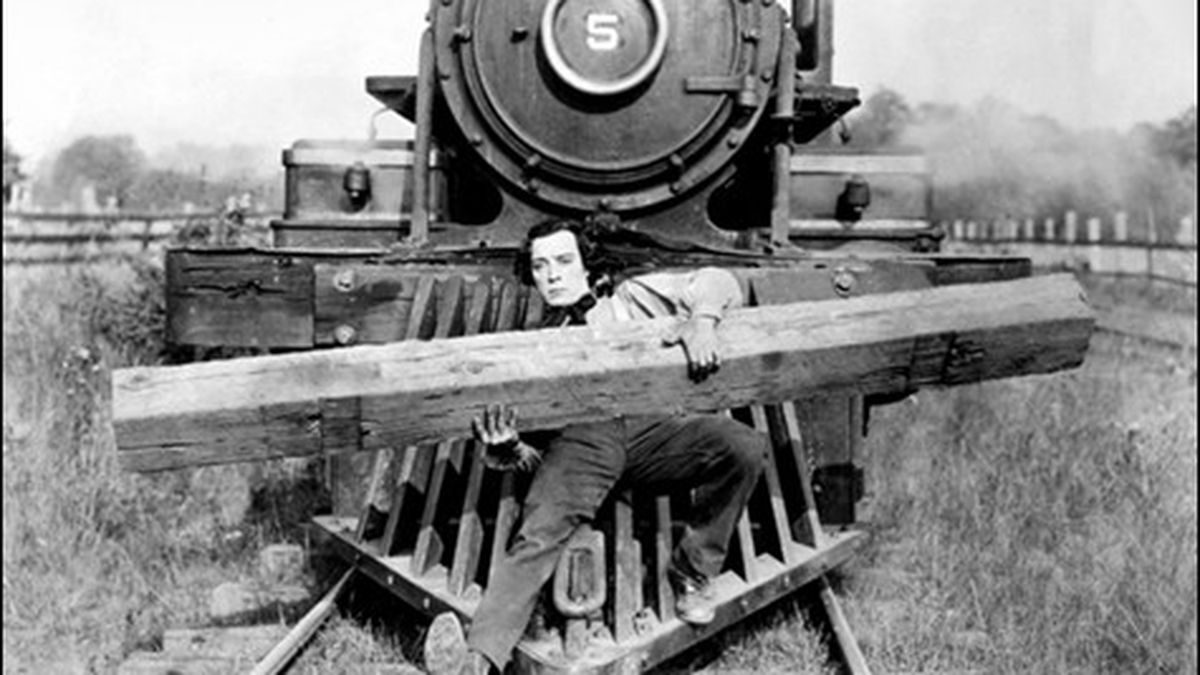 A Culture Clash of Cinematic Proportions

The term “silent film” is, weirdly enough, somewhat of a misnomer. Since 1895, when the Lumière Brothers displayed the very first public projection of a movie in Paris, live music has given audiences the proper emotional cues to interpret all the moving images playing out before them onscreen. Without the accompaniment of pianists, organists, and small ensembles, silent films never would’ve succeeded in bridging the gap that exists between the audience and the tragedies or pratfalls flickering onscreen.

Over the past forty years, UC Berkeley’s Pacific Film Archive has hosted countless performances that featured musicians, in order to recreate this early-20th-century film-going experience. But around seven years ago, the archive’s curators decided to shake things up a bit. “I wanted to do an accompaniment that was kind of diverging,” said video curator Steve Seid. Instead of pairing silent films with era-appropriate music, Seid decided to fuse the classics with live DJs playing electronic music in a now-annual event called “Cine/Spin.” The result is somewhat disjointed and definitely weird, but also appealing for the same reasons that it is initially unsettling.

“I’d seen DJs working with film, but I’d never seen DJs working to film,” said Seid. “You get this crazy collision of sensibilities, but I actually enjoy that. It’s a way for the present to be able to claim a bit of the past for its own, and it’s also a crazy way to introduce a younger audience to silent film.” And since the original intent of scoring was to connect with the images onscreen, electronic music actually manages to do that especially well for a modern audience. “It gives you an unexpected conduit to get into the experience,” he said.

On Friday, April 19, join Seid and the BAM/PFA Student Committee at the Berkeley Art Museum (2626 Bancroft Way, Berkeley) for this year’s iteration of “Cine/Spin,” featuring Buster Keaton’s 1926 film The General. Five DJs will each score a fourteen-minute segment of the film, a slapstick comedy starring Keaton as a Confederate railway worker scrambling to steal a train back from the Union army.

In its infancy, the event was held in the theater at the Pacific Film Archive along with all the other silent-film screenings. This year, it’s being held in the giant foyer of the ultra-modern Berkeley Art Museum, adding another anachronistic touch to the experience. “It’s more festive and spectacular, less sobering,” Seid said — which befits an event that makes a point of throwing convention to the wind. “I think some people think, ‘Oh my god, you’re besmirching these revered old films!’ But, honestly, if you ask me, I think all those things are up for grabs in the first place.” 7:30 p.m., $7. 510-642-5249 or BAMPFA.Berkeley.edu

You Write Too Long: This Week’s Cover Bite-Sized

‘The Big Short’ Has a Snappy Energy