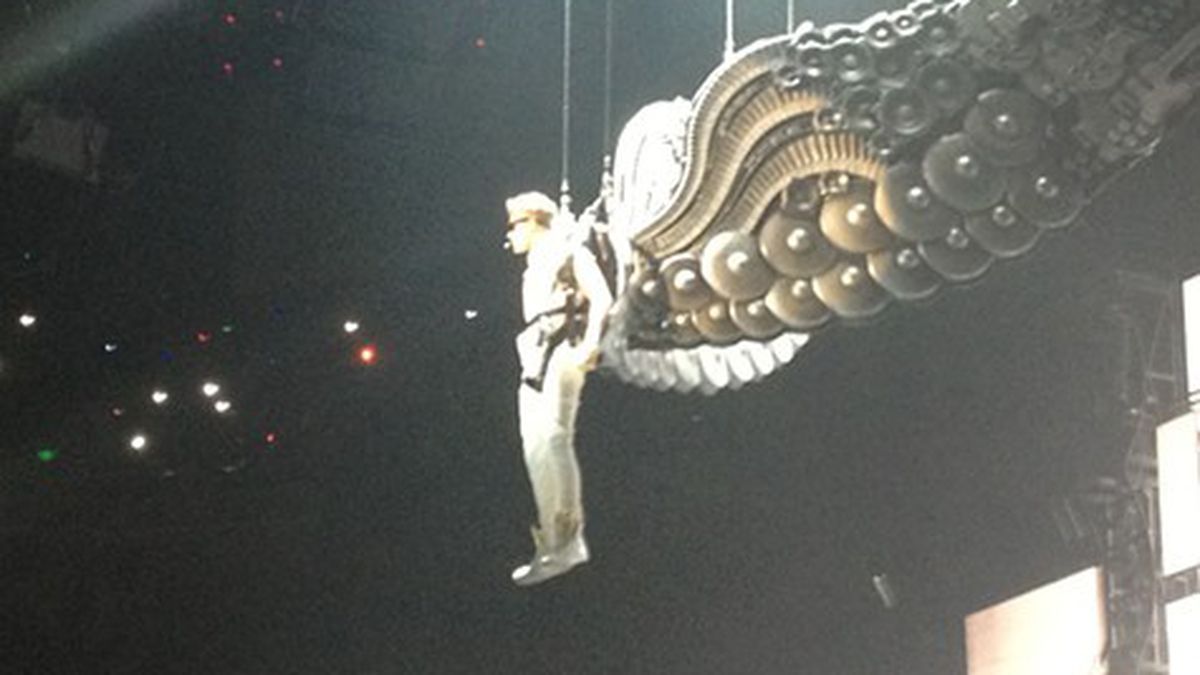 I got kicked out of the Justin Bieber concert on Saturday, guys. In fairness, it wasn’t really my fault, and the whole thing was a lot more prosaic than it sounds — there was a mix-up with my press pass, which basically meant I was allowed to be there for three songs and then would be forced to leave. But in those three songs, I learned pretty much everything I needed to know. Let’s take a journey:

1. The amount of Justin Bieber merch that exists in this world is staggering. Socks! Earrings! Watches! Water bottles! Backpacks! AND SO MUCH MORE.