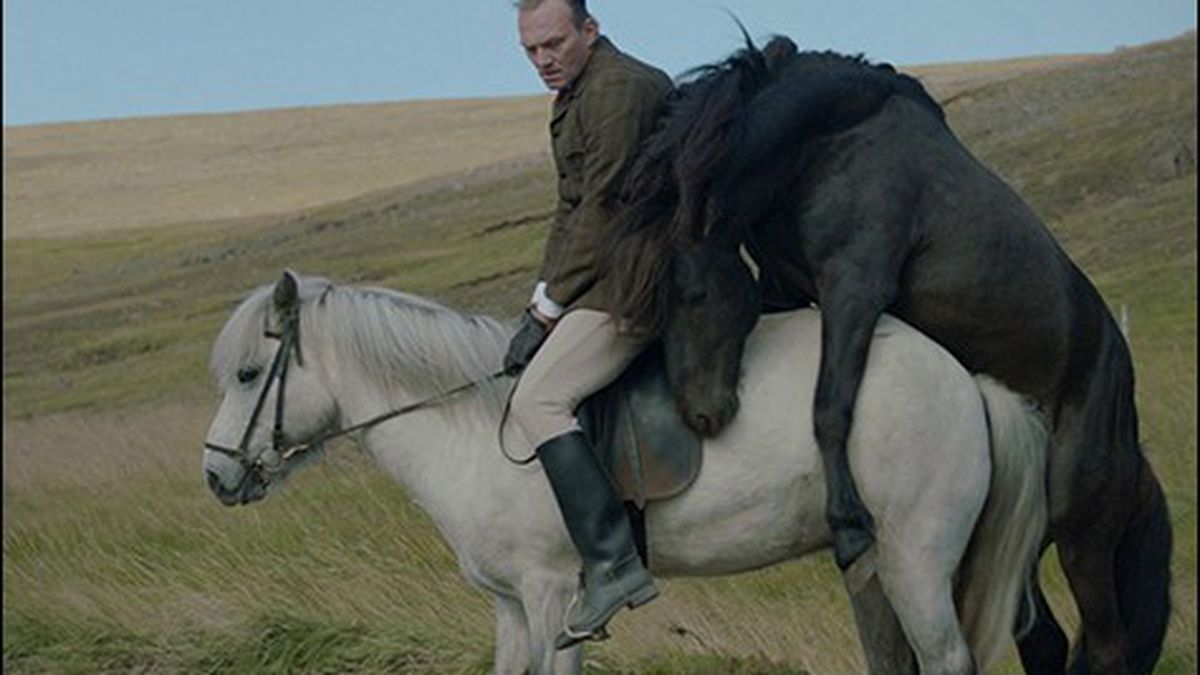 San Francisco in the claws of art.

At 57, the San Francisco International Film Festival is behaving like any other middle-aged, self-conscious, urban patron of the arts: changing one or two of its routines, shopping for new clothes, cultivating some brash younger friends, but essentially staying a bit closer to home — at least philosophically — than it once did.

There’s a new executive director (Canadian Noah Cowan, the fourth in three years), a few more live stage events with music (a popular trend among fests trying to lure fickle hipsters), and a relatively strong field of indie productions. As usual, the old standbys — village pictures, documentaries, and coffee-table films — are out in force, although the latter now is more likely to feature grand dames Isabelle Huppert or Agnès Varda than antique literary adaptations. It’s business as usual for the venerable cultural event, swimming against the tide of ever-shortening attention spans with a 110-year-old art form clenched firmly in its teeth.

Tired of James Franco yet? The festival gives us two more chances to make up our minds about the insanely prolific actor-writer-filmmaker. First up is Child of God, Franco’s co-adaptation of a Cormac McCarthy short story about murder and necrophilia in rural Tennessee, starring Scott Haze and Tim Blake Nelson, with Franco directing and costarring. It plays Friday, April 25 at the Sundance Kabuki in San Francisco’s Japantown. Franco also wrote the source material for Palo Alto, the iffy directorial debut of Gia Coppola, granddaughter of Francis Ford Coppola. It’s based on Franco’s short stories about his Peninsula hometown and stars Emma Roberts, Jack Kilmer, and you-know-who, as a predatory girls’ soccer coach. May 3, also at the Kabuki.

Of the festival’s 168 programs, 34 show at the UC Berkeley Art Museum and Pacific Film Archive. One the best of those is Robin Campillo’s French drama Eastern Boys, a combination character study/cautionary tale about what happens when an incautious gay man named Daniel (Kevin Spacey lookalike Olivier Rabourdin) picks up a Ukrainian (or is it Chechen?) teenage hustler named Marek (or is it really Ruslan?) in the Gare du Nord in Paris, and invites him up to his high-rise apartment. It screens April 30 at BAM/PFA. Abdellah Taïa’s gay-themed drama Salvation Army combines formal elegance with a familiar scenario as a young Moroccan learns to deal with his homosexuality. May 4 at BAM/PFA.

French filmmaker Catherine Breillat, an SFIFF regular, returns to the Kabuki May 1 with Abuse of Weakness, her semi-autobiographical character study of a disabled movie director (Isabelle Huppert, in fingernails-on-blackboard mode) and a tough hustler (actor Kool Shen) dancing circles around each other after the director suffers a massive brain hemorrhage. Does that sound like a million laughs? Huppert makes us like it. Another Gallic soufflé, François Ozon’s Young & Beautiful, outstrips the Nymphomaniac series and Blue Is the Warmest Color in the Wanton Teenage Harlot category, courtesy Marine Vacth’s performance as a seventeen-year-old call girl. It hits the Kabuki April 28. And then there’s Agnès Varda: From Here to There, a scrumptious “video diary” documentary compiled from the director’s TV mini-series, with the maker of Vagabond and Cleo from 5 to 7 wandering the world, from Mexico City to Nantes to St. Petersburg, drinking it all in with her remarkable eye. Four hours that fly by in a flash, May 4 at BAM/PFA.

When was the last time you saw a movie from Kazakhstan? The SFIFF welcomes a pair of hypnotically paced village pics from that former Soviet Socialist Republic in Central Asia. Seric Aprymov’s Bauyr (Little Brother) and Emir Baigazin’s Harmony Lessons both look like they take place in the same country schoolhouse. The former (April 28 at BAM/PFA) details the exploits of a headstrong boy settling his family’s debts; the latter (April 25, Kabuki) shows the predicament of a shy kid tormented by bullies.

Every festival has a few unheralded dazzlers. Among this year’s crop is Benedikt Erlingsson’s Of Horses and Men, which, on the surface is a village pic about a community of lovably odd equestrians in Iceland, but which comes to reach heights of sly humor that recall Jacques Tati and the Coen brothers. See it at the Kabuki May 2. While we’re on the subject of the Coens, David Zellner’s Kumiko, the Treasure Hunter plunges us into the inner life of a lonely, delusional Tokyo “office lady” (brilliantly played by Rinko Kikuchi), who follows her obsession with the Coens’ Fargo all the way to the wintry countryside of Minnesota. Why? She’s searching for Steve Buscemi’s “buried treasure.” Poor Kumiko. (May 1 at the Kabuki.) Meanwhile in Tonnerre, a burnt-out thirtysomething ex-rock-musician (Vincent Macaigne), living with his father in the title community, loses it over a much younger woman while director Guillaume Brac sympathizes — to a degree. May 1, also at the Kabuki.

Finally, on May 4 at BAM/PFA, the festival salutes the prolific career of Filipino filmmaker Lino Brocka (1939-1991) with one of the most widely applauded of his 65 movies, Manila in the Claws of Light. Brocka specialized in socially conscious melodramas about the Philippines’ have-nots, always taking their side, but with a certain irresistible irony. The 1975 Maynila: Sa mga kuko ng liwanag (its original domestic title) stars Bembol Roco as a newly arrived provincial laborer, bouncing roughly from job to job in the cruel big city while searching for his lost hometown sweetheart, played by Hilda Koronel. The dangers and indignities they go through, Brocka tacitly assures us, are only what usually happens to the poor everywhere. If you require happy endings, better find a Disney cartoon instead.

The SFIFF opens Thursday evening, April 24 at the Castro Theatre with The Two Faces of January by writer-director Hossein Amini (Drive).