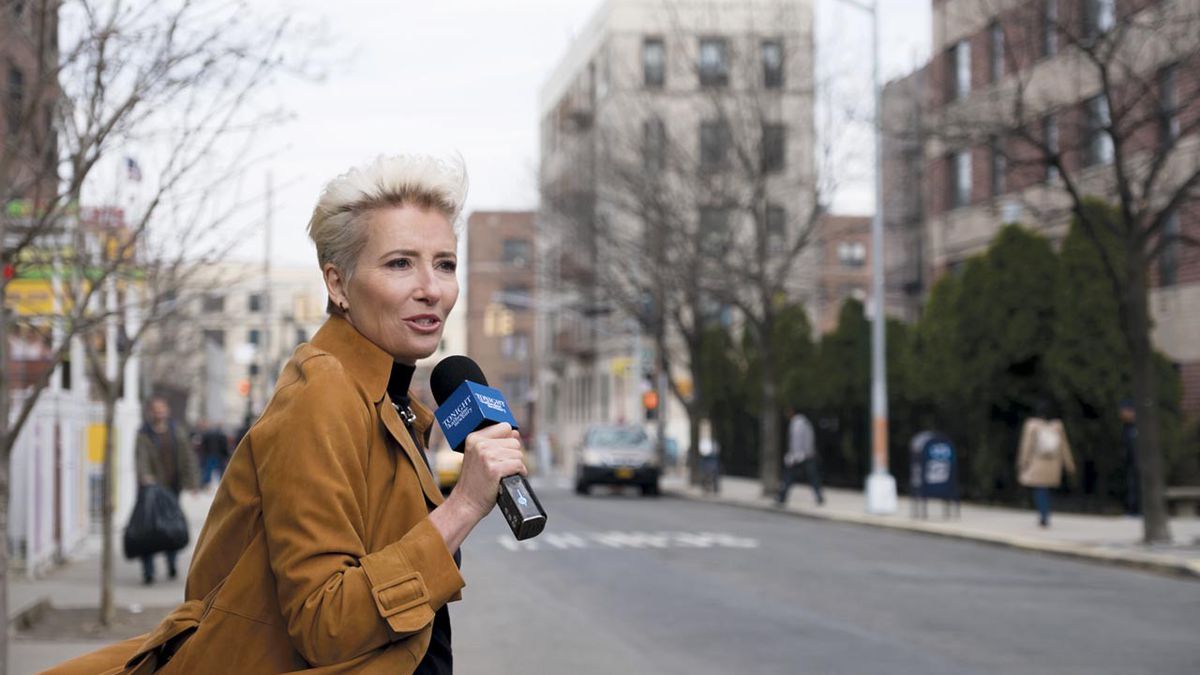 Late Night is the story of a veteran network-TV talk show host named Katherine Newbury (Emma Thompson) trying to salvage her fading career by hiring a woman of color named Molly Patel (Mindy Kaling) to punch up her monologues. In other words, a potboiler dispatch from the culture wars, in a candy wrapper.

Kaling’s screenplay, under the direction of Nisha Ganatra, might make a suitable vehicle for the actor-writer — TV vet Kaling starred in The Office and The Mindy Project — if we could accept the basic premise, that the only thing late-night TV needs is a non-white, female touch to make it relevant. That argument doesn’t go far enough. It also needs to be funny.

As written, Katherine’s show is more like 60 Minutes than anything Stephen Colbert or Jimmy Kimmel would try. We’ve tried to imagine Thompson, generally a serious dramatic actor, poking ribald fun at Donald Trump’s latest escapades, but it doesn’t compute. Neither, for that matter, would Katherine’s intended replacement, frat-boy comic Daniel Tennant (Ike Barinholtz, at his greasiest). The show has too many white male pranksters on the writing payroll as it is. Kaling and Ganatra’s film takes on ageism, sexism, racism, careerism, guilt-tripping, and slut-shaming in the softest, soberest way imaginable, without hurting anyone’s feelings. If its mission is to put us asleep in the middle of the night, it’s a winner.

With better writing, Kaling’s character could have given us something to actually cheer for. Barinholtz, Denis O’Hare, Hugh Dancy, Max Casella, Reid Scott, and Paul Walter Hauser, as the testosterone contingent, certainly give Molly an easy target to shoot at. And the “no social media presence” and YouTube jokes are well aimed — even the “Mimi Mismatch” dog-butt-sniffing bit (don’t ask) rings uncomfortably true. Mainstream entertainment is dumb and getting dumber. Too bad that no matter how it’s resolved, Thompson’s Katherine character comes across as misconceived. Or maybe the well-traveled British actor is just plain miscast. Take Late Night with a large grain of salt.&#8;

Video: The Daily Show – Denver ‘Gone To Pot’ Over Green...