A special silver anniversary photo essay from the archives of the Express. 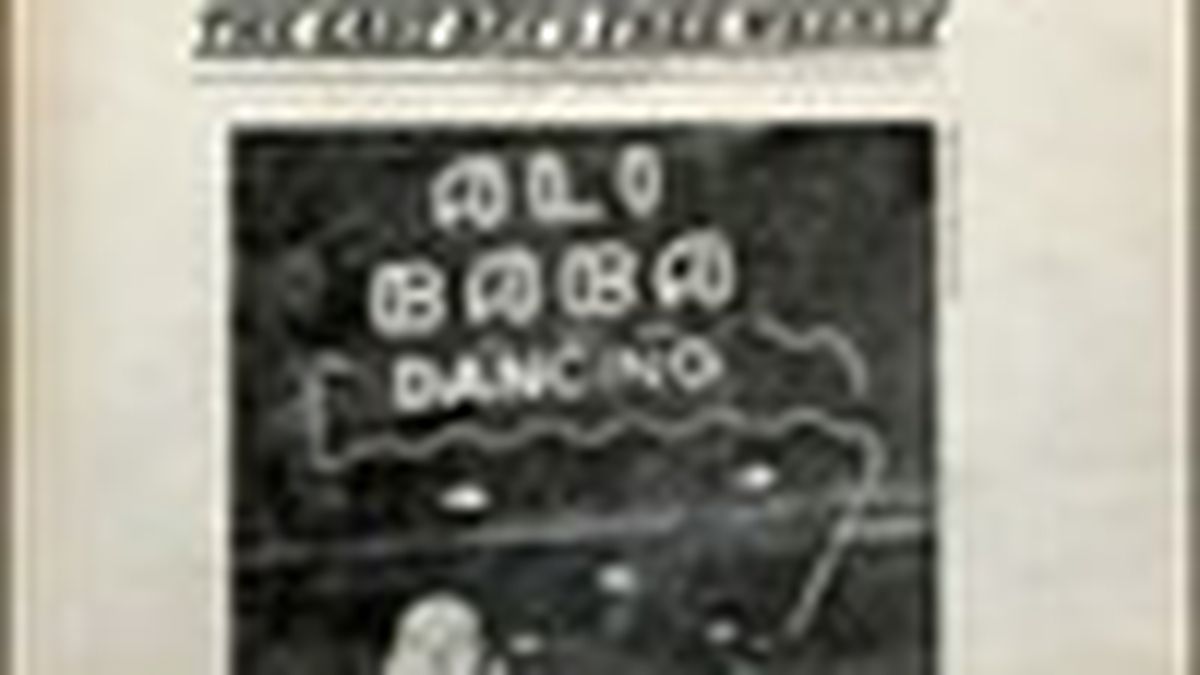 Sometime during the workweek that concluded on Friday, October 20, 1978, a young photographer named Nick Allen mounted the steps at 3254 Adeline Street in South Berkeley. He passed by a collection of newly constructed wooden distribution racks, arrayed atop the stained linoleum of an otherwise barren lobby, and advanced into the drafty warren of unheated rooms that comprised the offices of the fledgling East Bay Express. Later that week, the racks would be distributed to street corners around Berkeley and Oakland, where they would receive the paper’s inaugural issue.

The cover story Allen had been assigned to photograph was written by a retired dockworker and Beat poet named George Benet, and celebrated the Ali Baba Ballroom, a prominent landmark from prewar Oakland. The print the photographer handed in that day was a stark image of an aging couple lit by the garish, sepulchral wash of a Weegee-style Speed Graphic flash: he in a three-piece gabardine suit, the tennis-ball-sized knot of his tie riding jauntily beneath his prominent Adam’s apple, a crisp fedora held in his hands; she in a modest cloth coat buttoned to the throat and belted at the waist. Above their heads floated the fat neon letters that graced the marquee: Ali Baba. Dancing. Even though Allen brought another picture with him that morning of a similarly posed but much younger group of Ali Baba patrons — ballroom dancing was experiencing a boomlet among the twenty- and thirtysomethings of that era — there was no question about the image we would choose for our first cover. It was exotic; it was authentic; it was nostalgic; it was gloriously black and white; it was … Oakland.

By the autumn of 1978, the East Bay was emerging from a nearly decade-long slumber and, once again, Berkeley seemed to be leading the way. While echoes from the rapturous tumult of the 1960s were still resonating in American mass culture, here, where so many of the seminal events of the 1960s had actually taken place, the fires had burned to embers. Vietnam-era student activists had joined veterans of the Free Speech Movement and settled down in neighborhoods from North Berkeley to Rockridge, displacing the annual autumnal stream of Cal students and sparking both a housing crisis and, only months before, Berkeley’s first rent-control ordinance.

At People’s Park, an uneasy truce was holding, and memories of the military occupation of the city were growing more distant. The rail line where protesters had gathered to stop troop trains at the height of the Vietnam War still existed, but only one sleepy freight train was left to clatter through the backyards along Sacramento Street each day. The massive demonstrations that had shut down the university were more than eight years in the past. Now, fraternity row was undergoing a renaissance, Animal House was playing to packed houses at the Act One, and toga parties were the season’s rage. There were only two businesses of consequence on Fourth Street, Brennan’s and Spenger’s Fish Grotto, the latter nestled comfortably among the country’s top five highest-grossing restaurants.

Meanwhile, from our perch in Berkeley, the small staff of the Express was looking curiously out at the less-familiar region that surrounded us, organizing expeditions into the unexplored wilds of the urban East Bay. As writer John Krich would put it in these pages a few months later: “Oakland offers a challenge, it represents a quest: to unearth the urban, to seek out the resources and reverberations to be found behind the ghost town facade.” From the beginning, the boldest and most unflinching of those seekers would be carrying cameras.

Even before the exhilarating moment when we glimpsed the two people who, like rare and colorfully plumed birds, would grace our first cover, we had realized how important photography would be to our mission. It was the photograph that prompted the headline we attached to the Ali Baba story, “Last Tango in Oakland,” and as it turned out the headline was more prescient than we had any way of knowing. Within months, the high-Deco dance palace at Webster and Grand would be scheduled for demolition to make room for a bland, generic office building, the vast spring-loaded hardwood dance floor that had swayed to the beat of a generation, lost forever.

On October 20, 1978, there were three functioning department stores in downtown Oakland (four if you count the sprawling Swan’s Market) and one movie theater (the late and seldom-lamented Roxie). The port had recently taken its place as the largest on the West Coast, but it mostly functioned out of sight beyond barbed wire. The waterfront was home to a small collection of restaurants and a somnambulant development, officially named Jack London Village but universally known throughout the advertising sales community as the “kiss of death mall.” The peeling flophouses along 8th and 9th streets, then grandiosely called “Victorian Row,” had yet to be redeveloped into “Old Oakland.” Emeryville was a virtually unpopulated town composed of warehouses, foundries, and rowdy country-Western bars. Personal computers hadn’t been invented, few had yet heard the word “biotech,” and improbable eight-foot toque-clad Doggie Diner canine heads could still be found prominently alongside local streets.

Lionel Wilson had just been elected Oakland mayor with considerable support from the Black Panther Party, ending decades of white Republican rule. Proposition 13 had just been approved but its effects were still being debated. The descendants of Senator Joe Knowland had finally sold the once-powerful Oakland Tribune to a billboard company; within a year it would wind up in the hands of the Gannett Corporation, which would bring in a redesign team including a charismatic black editor named Robert Maynard.

Change was in the air, and the early issues of the Express were full of fond and nostalgic images of the East Bay we knew we were leaving behind: Lou Lekas at the front door of Nick & Gus’ Hole in the Wall; the counter staff of the Genova Deli at its cozy original storefront location in the Temescal District; Kingsley Wightman beneath the dome of the old Chabot Observatory. But increasingly, Express photographers were bringing back bracing images of East Bay life clinging to margins of gaping urban spaces. We went in search of the real city and found it next to broad, empty streets and weed-choked lots cleared for long- forgotten redevelopment schemes. Vast, container-strewn aprons surrounded Oakland’s busy docks, and the lonely grandstands of the Oakland Coliseum had, only recently, played host to the smallest crowd ever to watch a major league baseball game: 653 hardcore fans. The creative use of negative space quickly became a photographic motif carried down through the years: four teenagers clown around with each other against the looming stucco wall of a North Richmond corner market; jazz saxophonist Joshua Redman huddles in the bottom of the frame against the acoustic tiles of a preperformance green room; a couple dances in an spacious but empty blues club; a masked Bay Bridge worker walks a cable far above the dizzying expanse of the bay.

That image, by Richard Barnes, which appeared in the paper’s fourteenth issue (accompanying a story by W.A. Van Winkle about the daily operation of the Bay Bridge), was also an early and dramatic example of a quality our young, thin paper was eager to demonstrate: access. Express photographers provided our readers with bold graphic announcements of our journalistic ambitions: we could go anywhere, and we did.

In truth, we were addicted to pictures. Why use an illustration when we could run a photographic image (however clichéd the editor’s idea may be)? Early Express photographers such as Mark Sarfati and Chris Duffey (whose work still graces these pages) constantly rose to the artistic challenge of the “grab shot.” A story on the Alameda County Fair would occasion a glimpse of screaming children whirling on a carnival ride; a story about homelessness in Berkeley would be illustrated with an image of a mother and her child begging before a South Campus pizza parlor; an examination of the financial woes of AC Transit could prompt a panoramic image of the interior of an articulated crosstown bus; and a feature story on swing-shift work would produce the cheerful image of a freighter glowing like a showboat at her floodlit wharf.

Beginning with that first cover photo, the photography accompanying Express stories has always told a story of its own. Never were those stories more eloquent than in the issues we published in the wake of the region’s twin October surprises: the Loma Prieta Earthquake in 1989, and the wildfire in the Oakland and Berkeley hills two years later. On deadlines of 24 and 48 hours respectively, we went to press with issues reacting to the disastrous events. Of necessity, the initial stories were largely told in pictures. There were no complaints about the lack of commentary.

Over the many years since the first issue of the Express hit the streets, most of the gaping holes that once dominated the frame of our community life were filled. Soon, nobody would describe Oakland as a “ghost town,” and it somehow seemed a little less suitable for photographs to render life in this community exclusively in black and white. Eventually, photography itself changed, too, as computers made possible digital manipulation and blurred the distinction between photography and illustration.

The East Bay has changed, and so have the tools and techniques this paper uses to describe it. But when we look back over the years into the eyes of that nameless pair posing for a young photographer in front of a long-vanished dance hall, we see something we missed at the time: their generosity and their resolute vitality. In the end, we all construct our own image of the place we call home. Those two people will always be in mine.