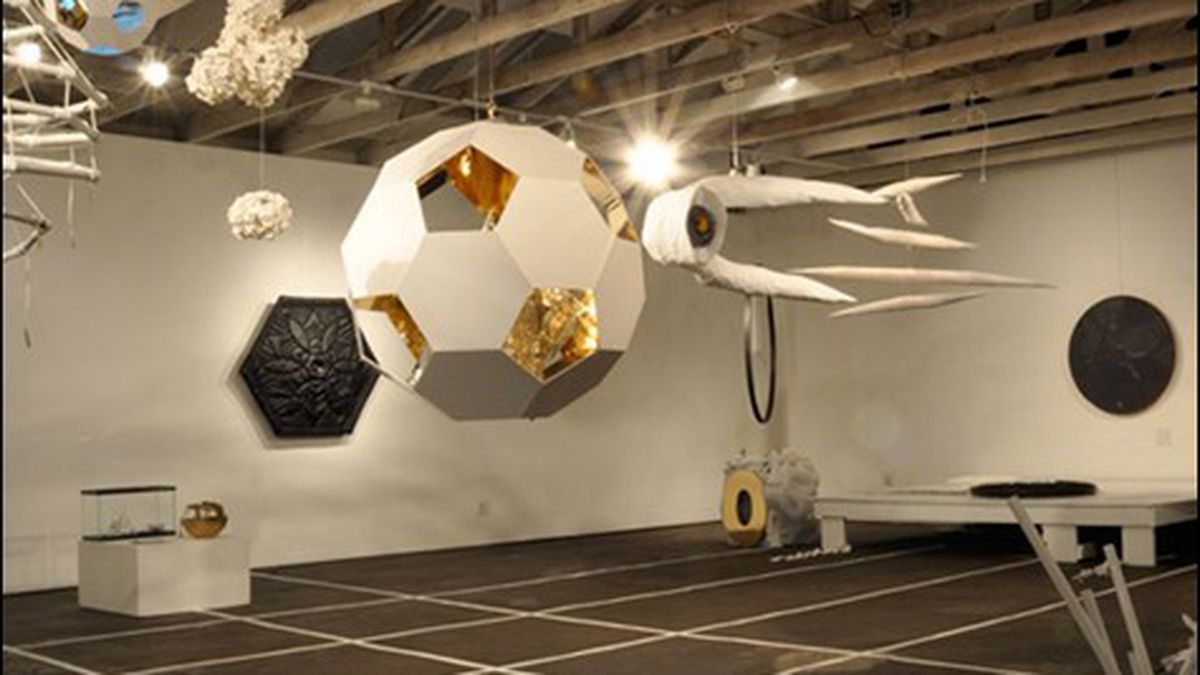 The experimental arts space struggles to survive with a series of fundraisers.

When 21 Grand (416 25th St., Oakland) opened on Grand Avenue in 2000, it quickly became known as one of the few venues in the East Bay that catered to the avant-garde and experimental arts scene. It was one of the original members of the loose collective of galleries that would ultimately found Oakland Art Murmur, and its live shows drew experimental musicians who might otherwise skip the East Bay on their tours. But the building the interdisciplinary arts space now rents, 21 Grand’s third home, doesn’t have a cabaret permit — which is required of any venue that serves alcohol, is open to the public, and permits dancing. Manager Darren Jenkins said that because 21 Grand didn’t serve alcohol at its shows, he thought was in the clear.

Nonetheless, about two months ago a police officer served him a cease-and-desist letter. Jenkins was told that he couldn’t keep holding shows without getting a cabaret license, which would require extensive fire and building code renovations, which Jenkins estimates will cost at least $120,000. For a venue that typically charges between $5 and $10 per ticket and that more or less breaks even each month, that figure is, as Jenkins put it, “beyond crippling.”

So Jenkins, who doesn’t make a salary, has been forced to find a way to pay the bills without going into personal debt — and without holding the live shows that generated the bulk of his revenue. A few weeks ago, he raised some money with an “emergency rummage sale.” On Saturday, Nov. 6, he, along with George Chen, who works with Club Sandwich, the company that booked many of 21 Grand’s shows, will try again with a Benefit Record Sale (10 a.m.-5 p.m., $2).

In addition to being a fund-raiser, the sale is a means of continuing to foster the community built around 21 Grand. “That’s our primary responsibility,” Jenkins said. “To cater to artists of all kinds interested in creating experimental work.” Chen and Jenkins have rounded up fifteen or so collectors and DJs with a taste for experimental, avant-garde, punk, and noise: basically, Chen said, “people who have been hoarding a lot of weird stuff for years, stuff that really represents the aesthetic of 21 Grand.” The two have also organized another benefit for the following day, Nov. 7, SuperCollider for Beginners, a workshop about the programming language taught by local experimental musician Chad McKinney (2-9 p.m., $50).

Jenkins hopes the money he raises from entrance fees to these two events will put at least a small dent in the mounting pile of expenses he has no real way of paying, and allow him to raise enough money to see out the end of his lease in January, when he hopes to find another space. He said he’s staying optimistic, but 21 Grand’s future is definitely uncertain. “It’s all very up in the air at this point,” he said. “No matter what, I think it’s going to be a struggle.”

Preregistration recommended for the workshop; e-mail [email protected] or call 510-444-7263.