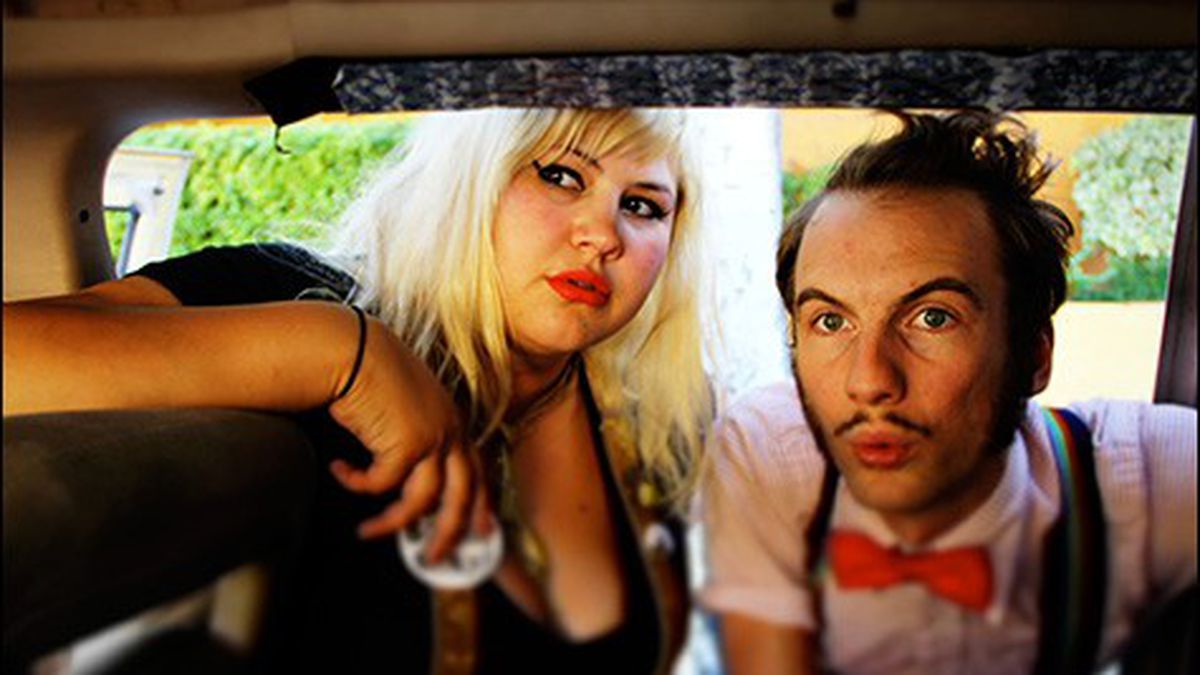 Get your summer music fest on at Mosswood Park.

This weekend, Burger Boogaloo, a two-day music festival featuring rock bands from multiple generations, returns to Mosswood Park for the second year in a row. How did Oakland get to be the lucky host of one of the most anticipated summer music festivals? It’s not luck at all, but the result of what has always made Oakland innovative: the people who live here.

Modern summer festival experiences have become increasingly commercialized and controlled, which can be a thrill for those who don’t mind navigating big crowds, heavy security, and overpriced food in order to hear the music. But for the rest of us, there’s still the Burger Boogaloo.

Burger Records co-founders Sean Bohrman and Lee Rickard, together with Total Trash Productions’ Marcos Ribak, have teamed up again to bring the music to Mosswood Park. The event is open to people of all ages, and features a cornucopia of local and touring rock bands spanning many decades of rock ‘n’ roll. Last year, about 3,000 people were in attendance. Bands played, people danced, local food and drinks flowed, and everyone went home to thrive another day.

The Boogaloo — now in its fifth incarnation — originated as a single night at San Francisco’s The Knockout in 2010. Bohrman and Rickard, with the help of Ribak, put the show together as a showcase of bands on Burger Records. The second Boogaloo came together at the end of SXSW; so many groups wanted to play that the Boogaloo moved to Thee Parkside, and stretched from one night to two. The festival stayed put for another year, but last year, Ribak wanted to take the fledgling Boogaloo to the next level, and he had had his eye on the East Bay as the place to do it.

Ribak, a founding member of the band Rock and Roll Adventure Kids, moved to the Bay Area from Southern California in 1998 to study at UC Berkeley, where he started as an architecture major but ended up with degrees in music and history. “The vibe in Berkeley was so much more down to earth [than Southern California], so cool,” he said. “And Oakland has that vibe, too.” Before the Burger Boogaloo, around 2009, when Ribak was touring with his band alongside Bohrman and Rickard, then members of Thee Makeout Party, Ribak found himself at the Mosswood Park Amphitheatre after a summer on the road. It was there that he had his rock ‘n’ roll vision.

“It was just the perfect place for a show,” he said. “Big enough for lots of people but small enough that everyone could see the bands and enjoy the music.” So he started talking to the Oakland Parks and Recreation Department about making it a reality. Originally his idea was to throw a free show in Mosswood Park, but the permits were so expensive that the idea ran aground.

As the event grew in San Francisco, Thee Parkside put pressure on Bohrman, Rickard, and Ribak to make it a 21-and-over event. At the same time, Ribak found himself growing tired of the destruction that can come with the touring musician’s life. The desire to bring the rock ‘n’ roll outside into the sunshine with a barbecue instead of in a dark bar, kept Ribak fixated on Mosswood Park as the ideal destination. Ribak wasn’t putting all his eggs in one basket, however. He was looking into parks in San Francisco and Berkeley at the same time, but the response from Oakland’s city council was overwhelmingly the most positive of the three cities. Berkeley wasn’t interested in fostering a new event, and San Francisco seemed more interested in bringing in corporate buses than culture, Ribak said. After a few years of working out details with Oakland Parks and Rec and the city council, the Boogaloo came to Mosswood Park in the summer of 2013.

Ribak’s enthusiasm for his experience with the City of Oakland is transparent. “Something crazy is happening in Oakland right now,” he said. “People who work for the city are excited to make things happen.”

The respect is mutual. Dana Riley, manager of operations for Oakland Parks and Rec, said the department sees working with Ribak as a great partnership, and one that will continue. The mission of the Boogaloo falls very much in line with that of the existing concert series hosted by the Parks Department — Sundays in the Redwoods. Now in its ninth season, Sundays in the Redwoods features multiple concerts in Joaquin Miller Park. The idea is to make it affordable, Riley explained. “We’re not trying to turn a profit, just cover our costs and ultimately provide a service to the people. We make sure there is transportation and that the event is generally accessible to everyone. The Boogaloo people are doing the same thing. And it’s a pleasure to work with people who clearly love what they do.”

Ribak loves what he does in more ways than one. Citing his early architecture training, Ribak explained how, when he scopes out a site, he is looking at its tactical and spatial potential. With its central location and proximity to public transit, Mosswood Park was perfect. It’s also a weather oasis that stays sunny long after fog has claimed much of the rest of the East Bay. Plus, Ribak explained, “The Boogaloo last year brought all this color to the park. There is the green of the trees and brown and gray of the concrete, but with all the kids, all of a sudden there were bursts of pinks, yellows, blues.”

The music alone is reason enough to get excited for the upcoming Boogaloo, no matter what generation you hail from. A stunning six decades of music will be represented in one weekend, with a first-time West Coast appearance by Seventies proto-rockers The Gizmos and the reunion of the early punk outfit Milk ‘N’ Cookies. San Francisco psych rockers Thee Oh Sees are also playing for the first time since 2013, but the cherry on the weekend is without a doubt Sixties legend Ronnie Spector, who headlines the festival on Sunday.

A lot has happened with rock ‘n’ roll since the early festivals helped transform the genre. Video may have killed the radio star, but the Burger Boogaloo is helping to put the power of music back where it has always belonged: in the hands of the people.

Eat your heart out!