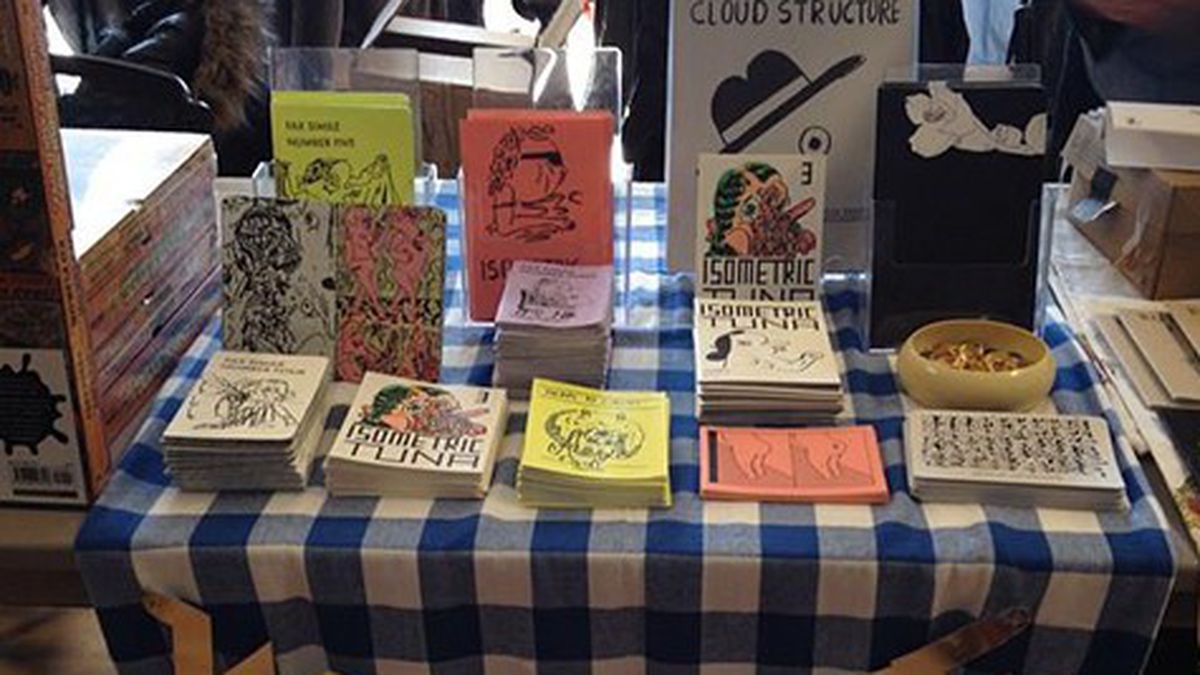 This weekend, both the East Bay's Alternative Book and Zine Fest and Anarchist Conversation and Book Fair are back, offering counterculture publications, art, and discussion.

Both the East Bay’s Alternative Book and Zine Fest and Anarchist Conversation and Book Fair are back, offering counterculture publications, art, and discussion.

This weekend, the East Bay Alternative Book and Zine Fest (EBABZ) and the East Bay Anarchist Conversation and Book Fair have teamed up to bring you two full days of grassroots literary programming at its finest. As much as we love San Francisco’s LitQuake and Alternative Press Expo, the way these events are scrappily sewn together evokes a quintessentially East Bay spirit — one that’s focused on the direct transmission of ideas and work from one hand to another.

The weekend will begin on Thursday night at 7:30 p.m. at EM Wolfman Small Interest Bookstore (410 13th St., Oakland) for the EBABZ kickoff celebration: Zinextravanganza. The folks at the adorable little spot in downtown Oakland will be throwing a night of readings and mingling dedicated entirely to zines. The goal is to bring zine makers together to meet, trade, and potentially find collaborators. The night will also feature readings by local and visiting zine creators Nomi Kane, Ari Perezdiez, Silver Sprocket, Red Velvet, D. B. Elsa, and Sarah Godfrey.

On Saturday, EBABZ will host more than one hundred exhibitors at Berkeley City College (2050 Center St., Berkeley) from 10 a.m. to 5 p.m. Those will include zinesters, writers, illustrators, comic artists, printers, collectives, and artists — although none of those distinctions will seem substantial or important once you’re there. As long as it’s independently made and East Bay-grown, it will likely be there. The fest will also feature local zine legend V Vale, who started the punk rock zine Search and Destroy back in 1977 with $200 granted by Allen Ginsberg and Lawrence Ferlinghetti, and has run RE/Search publications since 1980. Musician Brontez Purnell (of Gravy Train!!!! and The Younger Lovers) and illustrator Janelle Hessig will also be there to talk about their recent publication, The Cruising Diaries, a collection culled from Purnell’s early 2000s zine, Fag School, and illustrated by Hessig.

Then, Sunday will mark the third annual East Bay Anarchist Conversation and Book event, held at Oakland’s Humanist Hall (390 27th St.) from 10 a.m. to 8 p.m. To the uninitiated, the anarchy scene may seem insular and small, but the Bay Area actually has one of the most active anarchist communities in the country. According to the fair organizers, it also has the highest number of anarchist media makers in the world. This event will feature more than thirty anarchist presses and publishing houses, including Slingshot, PM Press, and Little Black Cart.

Rather than placing speakers on a pedestal, the event (appropriately) rejects the imposition of hierarchy, and instead offers up the floor to anyone who would like to propose a discussion topic and those who want to respond to them. The goal is to provide a structured space for newcomers to question devoted anarchists as well as for seasoned radicals to hash out more nuanced ideas and arguments with each other. This year’s discussion topics have yet to be decided, but last year’s included topics such as varies as the law, asynchronous music, and Thomas Pynchon. There will also be presentations and workshops will also be happening throughout the day, touching on topics such as publishing, colonization, and anarchist practice in the East Bay.

Even if you don’t make zines and aren’t an anarchist, you’re still invited to all weekend festivities. Who knows, maybe you’ll find a new calling and wind up hosting a table next year.