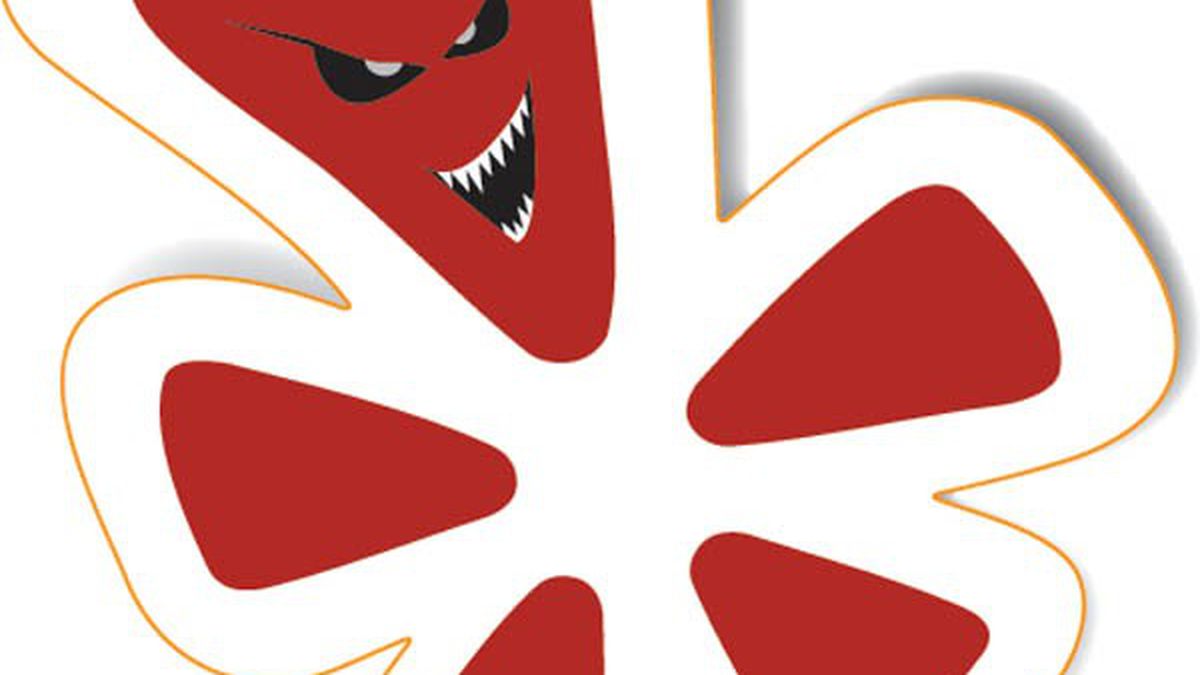 After my story “Yelp and the Business of Extortion 2.0” was
published last month, Yelp CEO Jeremy Stoppelman promptly launched into
damage-control mode — and for good reason. The story, which was
picked up by national news outlets including The New York Times
and The Wall Street Journal, detailed the accounts of
local business owners who said that sales reps at the popular
user-generated review site offered to move negative reviews of their
businesses if they advertised. Stoppelman immediately denied the
allegations on Yelp’s official blog, criticizing my use of anonymous
sources and the credibility of one on-the-record source. A few days
later, he posted another response, optimistically titled “East Bay
Express Story Starts to Unravel.” But the reality was just the
opposite.

Since then, many business owners from around the country have come
forward — via e-mails or comments on the Express‘ web site
— alleging similar tales of extortionist tactics by Yelp sales
reps. To make matters worse, Stoppelman’s handling of the allegations
exposed the company’s blaring hypocrisy. For example, he rebutted the
story on Yelp’s blog, which, ironically, doesn’t allow comments.
Business owners contend that they just want the same opportunity to
respond to negative, false, or damaging information about their
businesses. Instead, the only way for them to salvage their businesses’
reputation is by paying Yelp — regardless of whether the reviews
are true or false.

Secondly, Stoppelman criticized my use of anonymous sources, calling
it “fraught with hazards and … strongly discouraged by most editors.”
Yet Yelp is a review site based entirely on anonymous sources.
Stoppelman claims Yelp’s reviews are reasonably trustworthy because of the web site’s review filter, and because reviews may be suppressed if they’re not written by frequent Yelpers. However, only the first name
and last initial of the reviewer is posted, in some cases just
initials, and in some cases fake names with no photos. Frequently
posting anonymously does not make one any less anonymous.

Because Stoppelman’s chief criticism of my article was that many of
my sources were anonymous, for this follow-up I decided only to
interview people who were willing to go on the record. Their stories
are no less damaging: several said that the reps would offer to move
negative reviews if they advertised; and in some cases positive reviews
disappeared when they refused, or negative ones appeared. In one case,
a nightclub owner said Yelp offered positive reviews of his business in
exchange for free drinks.

Barry Hyde, owner of M&M Auto Werkes in Campbell (eleven
reviews, 3.5 star rating), said that about a year ago, Yelp sales rep
Jacqueline Fitzhugh called him to let him know that his business had a
lot of positive reviews on Yelp. “You can accentuate that with
advertising,” he recalled Fitzhugh telling him. Hyde declined, saying
that he didn’t want to spend the money. This scenario, he says, went on
for a few months.

Then, Hyde said he received a negative review from a legitimate
customer. He tried to rectify the situation with her, but to no avail.
Seven months later, Hyde said the customer’s boyfriend posted a
negative review based on his girlfriend’s experience. “I have an issue
with that,” said Hyde, noting that third parties aren’t allowed to post
reviews as outlined by Yelp’s Terms of Service. When he complained to
Fitzhugh, he said she replied, “‘We can’t control that, but if you
advertise you can control the order that they’re in.’ So I could move
those negative ones down to the bottom of my listing.”

Fitzhugh’s response unsettled Hyde. So he said he contacted
Stoppelman and told him, “What you’re doing is unethical” because Yelp
doesn’t allow business owners to post their responses to negative
reviews. “We stopped talking for a while,” Hyde said. “Then I notice
some of my five-star posts are disappearing. They said we have a spam
filter like Google.” Hyde tracked his reviews, printing them daily to
monitor which ones would disappear. Some stayed up for as short as 31
days and as long as 131 days — all were five-star reviews, he
said. Hyde said that Yelp told him that if he advertised, some of those
five-star reviews would come back. But that wouldn’t make sense if they
were truly being suppressed because of Yelp’s anti-spam algorithm. “If
these are bad people as you stated, why would I want them to come
back?” he wondered. Hyde says he agreed to finally advertise with Yelp,
but was then told his business wasn’t eligible for reasons they
wouldn’t disclose.

Calvin Gee of Haight Street Dental in San Francisco (twenty reviews,
3.5-star rating) said he had five five-star reviews on Yelp when sales
reps contacted him starting around the end of 2007. “They were kind of
aggressive,” Gee recalled. “I said no a couple times. After I said no a
bunch of times … then I got negative reviews. … All of a sudden it
dropped to 3.5 stars.” Gee said one of the negative reviews was clearly
written by a former employee he had fired. He alerted his sales rep,
who then removed it. “They say they have an algorithm — that’s
total bullshit,” he said.

According to Gee, Yelp sales reps told him that if he advertised,
“they would remove the sponsored search of other dental offices on my
page, and then they would let me choose my favorite review, and then
they would move the negative reviews to the bottom of the page,” he
said, noting that the last two options were distinctly different. “And
then they definitely said when I talked to them about the negative
reviews, they said they would remove that — which they did.”

Exploring the issue further, Gee noticed that one of his competitors
and an advertiser with Yelp, CitiDent, had two separate business
listings on Yelp. In what Gee believes is proof that Yelp kowtows to
its advertisers, the business had more positive reviews and a higher
star rating on the page that was marked as a Yelp sponsor, and more
negative (though different) reviews and a lower star rating on the page
that was not marked. Gee printed up both pages, dated August 2008,
which he shared with this newspaper. Today, CitiDent is no longer a
Yelp advertiser and only has one page, on which both the positive and
negative reviews from the two listings are combined.

Larry Trujillo, co-owner of the Uptown Nightclub in Oakland (78
reviews, four-star average), said that shortly after he opened the club
in November 2007, a Yelp salesperson harassed him almost daily about
advertising. “He would call up and the first thing he would say is, ‘I
notice you have a lot of positive reviews,'” Trujillo recalled. “‘We
could make sure that those reviews stay positive.'”

One of the ways Trujillo could accentuate his positive reviews,
apparently, was by giving Yelpers free drinks. Separate from the ad
pitch, Trujillo said Yelp executives contacted him about throwing a
party at the venue.

He recalled the scenario in an e-mail: “After numerous tours of the
Uptown and rounds of free drinks given to the so-called brass of the
Bay Area ‘Yelpers’ who were offering to throw a Yelp party at the
Uptown, when I was finally contacted by a Sarah Lippman, I learned
their real motive. … After several phone meetings, she finally came
to the point and pitched me on what she really wanted: free use of the
club with staff and alcohol expenses covered by the Uptown in exchange
for positive reviews.”

When he questioned Lippman on how free alcohol would translate into
positive reviews of his business, he said Lippmann responded, “because
the party would be made up of Yelp bloggers/posters.” Trujillo
questioned her further: “But if they truly loved the Uptown, wouldn’t
they be posting these positive reviews anyway?” “Well not necessarily,”
he recalled her saying. “Well this party would be a little incentive to
crow about the Uptown.”

Trujillo likened her pitch to extortion, and then told her she could
rent the Uptown and he’d risk bad reviews. “Well that’s not how we do
things,” he said she had responded. “We never pay for stuff like this
and other businesses have responded positively to these types of
offers.” Trujillo said he expressed his skepticism of whether his
business’ positive reviews were “posted merely to warm us up for your
pitch” and ended the discussion: “Thanks but no thanks.”

Debbie Leonardo, director of membership at Ruby Hill Golf Club in
Pleasanton (ten reviews, 4.5 star rating), said she received a sales
call from Yelp about a year ago. The saleswoman, whose name Leonardo
could not recall, explained what Leonardo could control if she bought
an ad, such as her business’ photos, and that no competitor’s ad would
show up on their page. “And that’s when she told us we could get rid of
our worst review,” Leonardo said. “The other people have said ‘bury’
— she said we could remove our worst review. She was the only
one. Everyone else indicated that we could bury them, move them
around.” Leonardo declined the offer.

Bob Kurtz, owner of adult and collectibles store Collector’s Realm 3
in Oakland (four reviews, four-star average), said that Yelp sales reps
contacted him about advertising after he received a negative review.
“We asked about our very negative review and we were told that as paid
advertisers that review would be dealt with,” he recalled in an e-mail.
“While not said, there was the implication in my mind that the review
would be buried in some manner or perhaps even removed.” Kurtz said he
wrote a negative review about Yelp on Yelp, but that it was suppressed.
“Clearly they are hypocrites,” he said.

Nicholas Paul, an instructor at an art studio in Chicago (which did
not want to be named for fear of retribution) and who handles the
studio’s advertising, said that Yelp approached him to advertise
starting in July of 2008. After he turned them down, “then all of a
sudden three of our positives disappeared and then we got two negative
ones,” he said. Of the original thirteen reviews they had, only eight
now remain, four of which are negative. Paul says the sales rep told
him he could control that. “We could basically adjust the way our
reviews are read,” Paul said the rep told him. “We could highlight the
ones we wanted and put the ones we didn’t want on the backburner.”

Stoppelman has proclaimed such stories as impossible: not only are
changes of this type forbidden by the company, he says, but sales reps
are not technically able to make such changes. But continuing to deny
the stories — which are now adding up thanks to reporting by
other news outlets — further damages Yelp’s image as an
objective, unbiased, user-generated review site. It also hurts their
relationship with business owners, upon whom they rely for revenue.

Jo-Ellen Pozner, an assistant professor in the Organizational
Behavior and Industrial Relations Group at UC Berkeley’s Haas School of
Business, believes the best thing for Yelp to do in the wake of this
controversy is to increase its transparency. In other words, Stoppelman
should publicly apologize for any potential wrongdoing, explain how the
behavior might have occurred, and then outline the steps the company
will make to avoid future wrongdoing. “That would be easy for Yelp to
do,” she said. But given Stoppelman’s response so far, that scenario
seems unlikely.

If the Express was to follow Yelp’s model, we would ensure
that positive information about Yelp will appear higher up in our next
story — if they advertise.