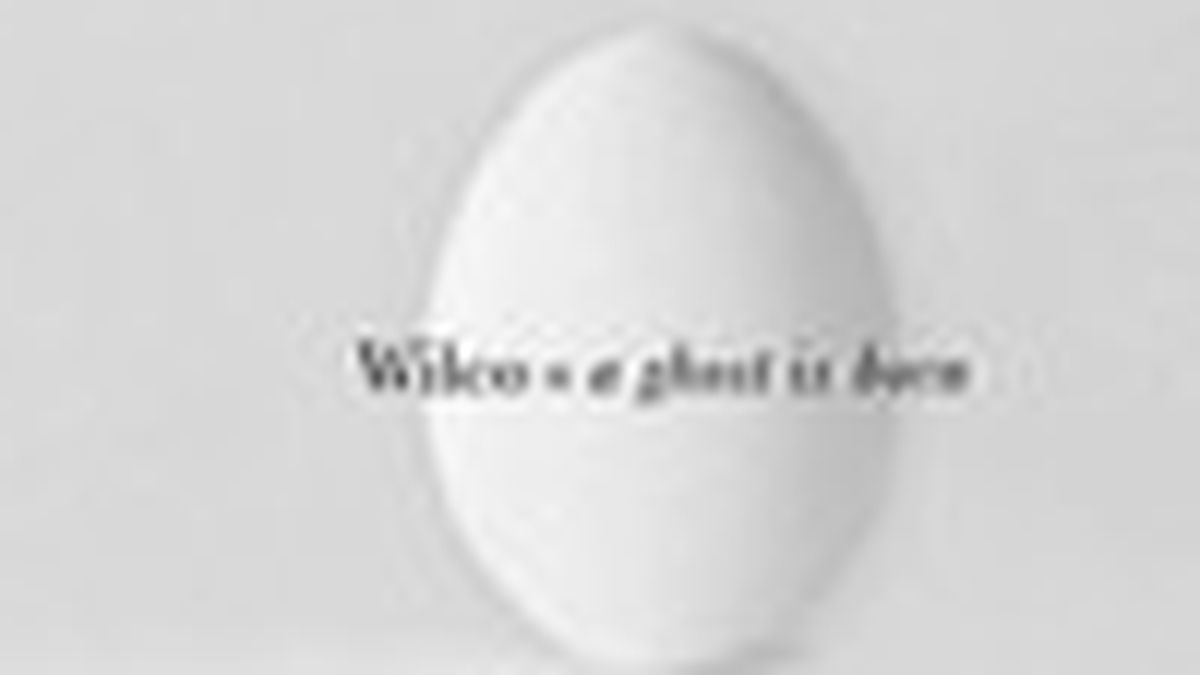 A Ghost Is Born

When a band tries to follow up an album that has been literally smothered to death by wonky music critics and the wordy pillows they carry, it’s never pretty. No wonder, after the mass hysteria of 2002’s Yankee Hotel Foxtrot, that members of Wilco had to dry out at rehab clinics and/or part ways — the crumbling friendship between frontman Jeff Tweedy and longtime musical partner Jay Bennett is documented in the 2003 film I Am Trying to Break Your Heart. But after ten years as a band, Wilco has never sounded more fully together than on A Ghost Is Born.

Produced by Sonic Youth guitarist Jim O’Rourke, Ghost finds the band feeding off the negative vibes of the past few years like poltergeists, channeling it into a heavier, more possessed sound. As he did on Foxtrot, Tweedy spins tales of lyrical gold here: “Spiders (Kidsmoke)” uses bass-thumping heartbeat meters to frame his observation that Spiders are singing in the salty breeze/Spiders are filling out tax returns/Spinning out webs of deductions and melodies, before it dissolves into a cacophonous eight-minute guitar crash. That’s in addition to typically gloriously layered songs like “Company in My Back,” “Hummingbird,” and the opener “At Least That’s What You Said,” where Tweedy gets straight to the point: I thought it was cute/For you to kiss/My purple-black eye/Even though I caught it from you. And on Ghost‘s closer, “The Late Greats,” Tweedy sings The best songs will never get sung/The best life never leaves your lungs/So good you won’t ever know/You’ll never hear it on the radio with such resolve, you can’t help but smile when the hair on the back of your neck stands up.