.Why Protest Songs Are Still Necessary

Protest songs by local artists in 2014 rekindled some old debates about the form's purpose and efficacy. 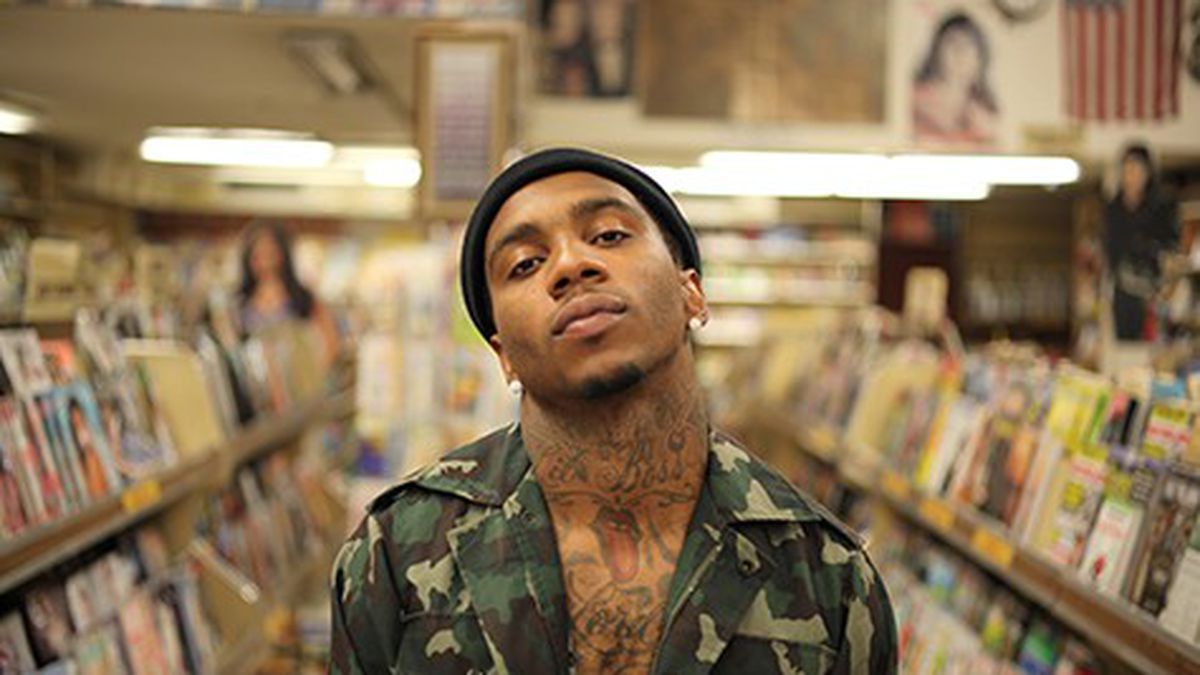 On December 22, after the Millions March, protesters lingered in the evening at 14th Street and Broadway in downtown Oakland. A young man pushed a makeshift mobile sound system into the intersection. He hit play, the music started, and the evening’s tone shifted. The crowd danced and gestured, and an element of exuberance mingled with the dismay, indignation, and defiance that has characterized protests locally since the tragic death of Michael Brown in Ferguson, Missouri, and a grand jury’s decision not to indict the police officer who killed him.

The playlist featured Earth, Wind & Fire and Michael Jackson, but it mostly skewed toward rap. Plenty of East Bay emcees appeared, including Keak Da Sneak, Mac Dre, and E-40, along with anti-police tracks by N.W.A. and Lil Boosie (“Fuck tha Police” and “Fuck the Police,” respectively). The only contemporary track was Mistah F.A.B.’s “Lovelle Mixon,” which was released in 2014, and lists the names of police brutality victims including Oscar Grant, Eric Garner, and Tamir Rice, while the title refers to Lovelle Mixon, who killed two Oakland police officers and two SWAT team members in 2009 before being shot dead.

The sound system has been a fixture at recent demonstrations, and the highly topical tracks brought to mind the ways in which musicians across various genres continue to address politics through protest lyricism. Though protest songs are stigmatized, they’re part of a rich and controversial history.

“Eve of Destruction,” written by P.F. Sloan and popularized by the singer Barry McGuire in 1965, tackles racism at home and oppressive regimes abroad. The moral grandstanding of McGuire’s tune contrasts with a song such as Bob Dylan’s “Hurricane,” which narrates a specific event: the racially motivated conviction of Rubin “Hurricane” Carter for murder. Songs like “Eve of Destruction” have come to be viewed as somewhat cloying, and there’s been plenty of backlash against what was perceived as sermonizing from folkie politicos. It’s telling that artists including The Dickies and Johnny Thunders reprised the tune in the punk era, because punk is similarly criticized for self-righteousness.

Today, even self-consciously political punk lyricism rarely scans overtly as protest music. Local hardcore outfit Punch opened its 2014 album with “Worth More than Your Opinion,” which condemns the normalized objectification of women, while Replica’s 2014 track “Imagine Sisyphus” compares the wage labor rat race to the Greek myth. They’re essential topics, but they exemplify a lyrical preference for abstraction and diffuse identity issues over responses to specific current events. They’re closer to “Eve of Destruction” than “Hurricane,” except the topics are treated so vaguely that listeners can choose to ignore them.

It’s the same in indie rock. The Classical’s Juliet Gordon said that “Driveby,” a song from the local act’s 2014 album Diptych, was written in response to George Zimmerman shooting the unarmed black teenager Trayvon Martin in 2012. Musically and lyrically, it stabs at the mangled heart of a society that enables such an occurrence (and too many others like it), but it privileges atmosphere and allusion over sloganeering. On a national level, it’s similarly common for lyricists to cite current events, say, in an interview, while treating the same topics as poetically malleable material in a song.

Of course, no song is worse merely for creatively obscuring its subject matter. Still, to survey punk and independent rock in general, it appears that the stigma associated with protest songs partly accounts for dissuading more forthright lyricism. Musicians worry that topical songs become quickly dated, but that fear is largely unfounded. Countless protest songs outlast the source material of their indignation. More so, it seems that artists are avoiding preachy reputations, but a few Bay Area rock acts don’t care.

2014 saw a rash of rock lyrics that seemed to be pointed criticism of the oft-debated, tech-precipitated influx of newly wealthy young men in the Bay Area with little regard for the culture that preceded them. Musicians created a whole compilation themed around the issue, called San Francisco’s Doomed. John Dwyer, leader of Thee Oh Sees, was particularly outspoken about his resentment of the city’s changes, both in and out of song. He presented an art show entitled Landlord Apocalypse, and released the track “You Can Have It,” wherein he laments, Just walking down the street makes me wanna puke … I think I miss the old days. In conclusion, he deadpans, Well done, internet. The trouble is nostalgia isn’t very helpful when it comes to enacting social change, and “the internet” is a straw man for real problems. “You Can Have It” will only irritate people who haven’t already reached the same conclusions. And considering the fact that Dwyer moved to Los Angeles this year, it’s more of a song of capitulation than protest.

In a press release for the local outfit Pow!’s 2014 debut Hi-Tech Boom, Dwyer wrote, “The iPhone is the new Styrofoam cup.” Hi-Tech Boom is certainly forthright in its objection to the harrowing reality of displacement, but, like Dwyer’s “You Can Have It,” it’s not a convincing critique. When vocalist Byron Blum sings on the title track, Now I’m seeing red/As they take away our bread/I’m hanging on a thread/And I wish they’d all drop dead, it’s easy to pine for just a little of the poetic liberty that makes other politically inflected rock songs sort of imprecise. Everyone’s entitled to express rage, and it needn’t be intellectually robust, but it’s dismaying to think that 2014’s local protest songs are all pat or vague and thus politically impotent.

Luckily that’s not always the case. Lil B’s “No Black Person Is Ugly” is a protest song that defies all of the aforementioned trappings. With beatific keyboard, some plaintive guitar, and a spare beat, the music disarms and ingratiates listeners on the front end. When Lil B raps, Sometimes my skin is the reason I’m alive today, it’s both a beaming affirmation of his identity and an ironic underscoring of the grim reality cited by recent protestors: Black people are disproportionately targeted, incarcerated, and killed in the United States. He notes the mainstream media’s aversion to depicting black people except as criminals and prisoners, along with the reinforcement of white beauty standards on magazine covers. The fact that No black person is ugly is a protest lyric in the song’s context emphasizes terrible racial dynamics in need of dismantling.

“No Black Person Is Ugly” wasn’t on the demonstration playlist, but the march highlighted a different sort of political utility for protest music. Perhaps the songs “Fuck the Police,” “Fuck tha Police,” and “Lovelle Mixon” don’t have the nuanced mix of pathos and insistent pride that makes “No Black Person Is Ugly” so revealing of how seamlessly racial biases are woven into the social fabric. Still, as expressions of anger, calls-to-action, and one of many different types of emotional outpour working in confluence to demand change, they’re absolutely necessary.