The most romantic restaurants, according to local chefs and restaurateurs — and their better halves. 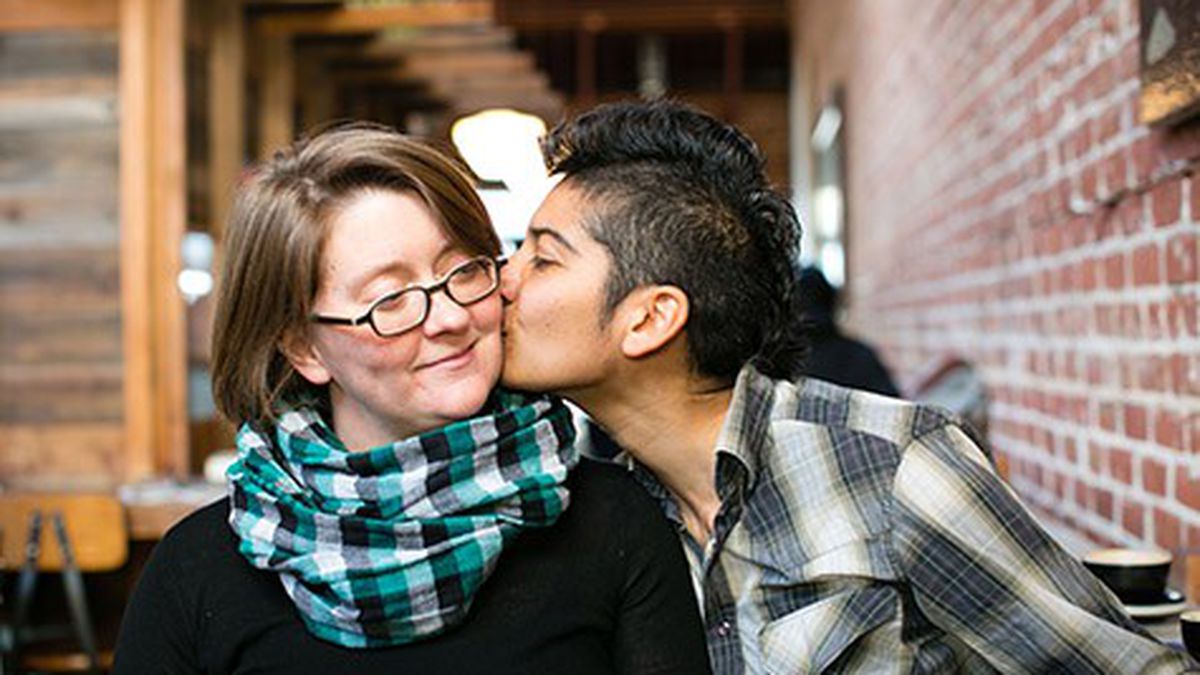 Running a restaurant is notoriously grueling work, with long hours that run late into the night — conditions that aren’t exactly conducive to an active love life. And when both members of a couple work in the industry, date nights really tend to be few and far between. It should come as no surprise, then, that the East Bay’s chef couples make the most of these rare opportunities for romance — and you know they make sure to eat well.

Liz Sassen, who is chef and co-owner of the Piedmont Avenue restaurant Homestead with her husband Fred Sassen, said one of the most memorable dates was the first meal they ate at Duende (468 19th St.), a stylish Spanish restaurant in Uptown Oakland. There, they shared paella and a chuletón — a giant 48-ounce Piedmontese steak meant to feed four people, but the two of them polished it off on the their own, eating mostly with their bare hands.

Apart from the deliciousness of the food, Sassen said what she and her husband appreciated was how the restaurant’s coziness and warmth helped them to do what they’re almost never able to do when they dine out — shut off their “work brains” and truly relax.

Sassen said that a lot of the time when she visits other restaurants, her mind can’t help but spin with numbers: How much does that table cost? What’s the profit margin on this dish?

Duende, she said, is one of a handful of East Bay restaurants where they’re able to tune all of that out — where a romantic dinner doesn’t inevitably turn into a business dinner.

Gail Lillian and Sal Bednarz are one of the East Bay restaurant scene’s power couples: She runs Liba Falafel’s fleet of food trucks, as well as its Uptown Oakland brick-and-mortar shop; he owns a pair of restaurants — Victory Burger and Actual Cafe — in North Oakland. Lillian and Bednarz list Vik’s Chaat (2390 Fourth St., Berkeley) and Benchmark Pizzeria (1568 Oak View Ave., Kensington) among their date-night haunts. But for anniversaries and other special celebrations, the couple usually winds up sharing a meal at Ippuku (2130 Center St., Berkeley), a sleek izakaya where the private booths and tables help create a feeling of intimacy, Bednarz said. It doesn’t hurt, either, that the food is so good. Bednarz and Lillian’s favorite dishes include bacon-wrapped mochi, whole grilled squid, and, for an unexpectedly sexy dessert, soft-serve ice cream with a sweet soy sauce reduction drizzled on top.

For other restaurant couples, too, certain eateries hold sentimental appeal because of milestones they celebrated there. Andrew and Sequoia Vennari, who own the Laurel district breakfast-and-lunch spot Sequoia Diner, had their first date at the Rockridge staple Wood Tavern (6317 College Ave., Oakland), and they never stopped going back — including when they celebrated their engagement a few years back. “It’s our nostalgic place,” Sequoia said, adding that they’ll usually go for a late lunch that might include “a bunch of Bloody Marys and a giant bowl of fries.” Plus, as Andrew quipped, in reference to Wood Tavern’s most famous sandwich, “Can you think of a more romantic meat than pastrami?”

Meanwhile, Jay Porter, who co-owns The Half Orange and Salsipuedes with his wife Katie Mayfield, say they have started a recent tradition of having Chris Kronner — the chef-owner of KronnerBurger (4063 Piedmont Ave., Oakland) — cook their anniversary dinner. Last year, it was an Italian-themed pop-up that Kronner hosted at the wine bar Ordinaire (3354 Grand Ave., Oakland). This year, it was four-course dinner at KronnerBurger whose centerpiece was a ninety-day, dry-aged, grass-fed ribeye steak.

Of course, like the rest of us, chefs don’t spend all of their time thinking about food — or at least not just about food. Sometimes, they like to incorporate some post-meal extracurriculars into their date night plans. Preeti Mistry, chef-owner of Temescal’s Juhu Beach Club, said that she and her wife Ann Nadeau (a co-owner at the restaurant, although she isn’t involved in its day-to-day operations) don’t care much for traditionally “romantic” eateries, which tend to be more upscale. Instead, their weekly dose of romance typically starts each Sunday — Mistry’s day off — with brunch at Boot and Shoe Service (3308 Grand Ave., Oakland): pizza, zeppole (Italian doughnuts), Bloody Marys and gin-based Bloody Margarets, and whatever interesting seasonal salad is on the menu. Afterward, they’ll walk it all off by climbing some of the hidden staircases that wind through that part of Oakland’s Lower Hills — inevitably passing through some fancy, architecturally interesting neighborhoods.

“You get the nature part, but you also get the, ‘Oh my God, look at that house. What if we could afford to live there?'” Mistry said.

Ellen Sebastian Chang and Sunhui Chang own FuseBOX, a tiny Korean restaurant in West Oakland. Sebastian Chang said their go-to date spot is Yume (1428 Park St., Alameda), an upstairs sushi restaurant where the soundtrack is jazz and the sushi is always impeccably prepared. After dinner, they’ll walk down the block to High Scores Arcade (1414 Park St.) for a few rounds of pinball. It’s a great way to digest and to “get your body bumping into something hard and noisy” — something physical that’s sexy in its own way, Sebastian Chang said.

Of course, if you know anything about Yume, you might have heard about all of the sushi restaurant’s esoteric “rules” — about how to sit, how to pick up the sushi, and what time you have to show up to get a table. Before she ate there for the first time several years ago, Sebastian Chang had heard that chef Hideki Aomizu would prepare special dishes for customers he likes, so there was this pressure to make a good impression, too. It all added up to make the lead-up to dinner somewhat stressful, she admitted. In a sense, she found the whole experience to be the perfect metaphor for the tension and excitement you feel when you’re first trying to date someone.

And, when all was said and done, Sebastian Chang and her husband had this wonderful, intimate dinner that they’ll never forget. And that, she said, is what love — and the restaurant business — is all about: “We’re in a memory business. You want to create an experience for someone that adds to their memories.”