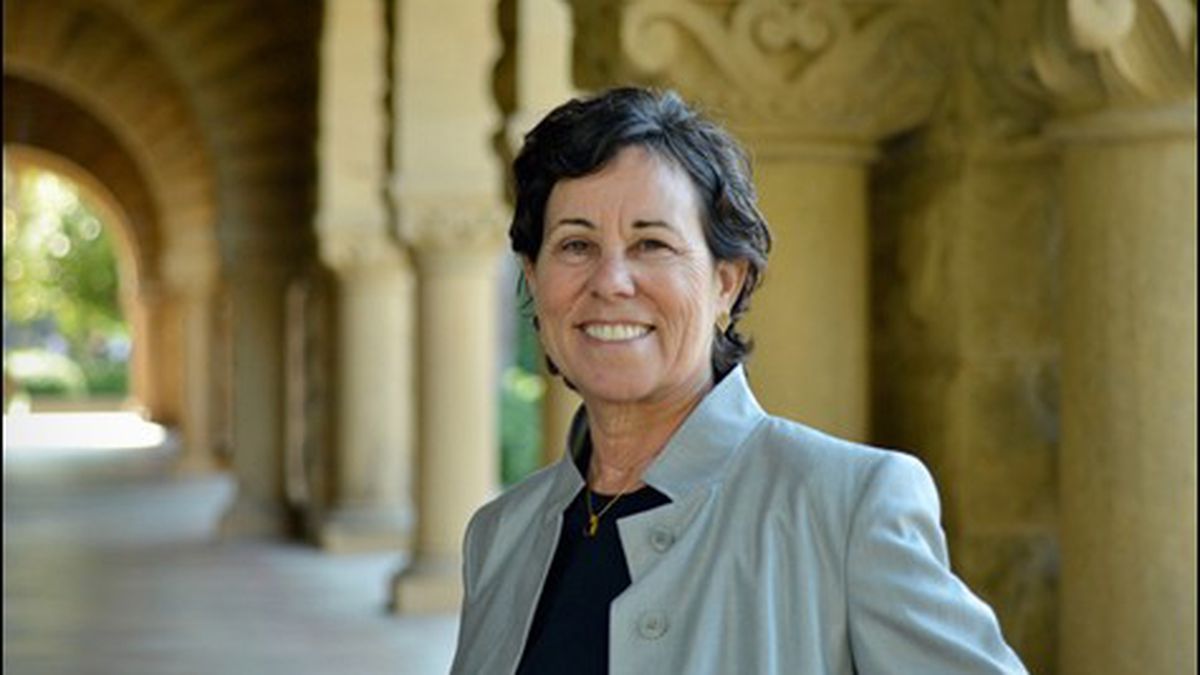 Victoria Sweet checked in for a few months, but found she couldn't leave.

The first time Dr. Victoria Sweet entered the front gate to Laguna Honda Hospital, “an elegant, though somber, riff on a twelfth-century Romanesque monastery,” it was the beginning of a beautiful relationship. “Even that first day … I remember it very clearly, and now I can identify the feelings I had of being in the right place,” she recalled. The eventual result, God’s Hotel, is equal parts memoir, history of a hospital, discussion of changes in modern medicine, and love story to a San Francisco institution and its patients. Sweet reads from the book at Books, Inc. (1760 Fourth Street, Berkeley) on Monday, May 7.

The hospital, also known as an almshouse, is one of the last of its kind in the United States. Dedicated to caring for the chronically ill, it serves mostly poor inhabitants of San Francisco. A “squeamish intellectual by nature,” Sweet went into medicine to practice psychiatry, but moved to the hands-on stuff after discovering she has a flipside “where anything could happen to the body and I’d have absolutely no reaction to any of it … blood, guts, bodily excretions, nothing.” Stationed in the admitting ward, Sweet saw patients from the Tenderloin, patients who lived on the streets — people who had been treated by other hospitals, released, and, if they were lucky, sent to Laguna Honda for long-term rehabilitation. Lucky indeed, because Sweet and her colleagues shared the same caring approach. “I think that almost everyone that takes care of patients — doctors, nurses all the way down to the janitor … had quite a lot of kindness, innate warmth,” she said. “You had to be able to feel the sense of sadness, loss, humanity that you just would pick up, but you also had to have a sense of irony, of amusement, sort of a sense of enjoyment in patients.” Some patients had tongues so swollen they couldn’t close their mouths; others with open sores had to be treated in hyperbaric oxygen chambers to heal, she said. Many touched the lives of their caregivers, ultimately transforming them.

As her guide, Sweet relied upon the writings of Hildegard of Bingen, a Benedictine nun in the 12th century who used humoral medicine according to a gardener’s rule of thumb, making little adjustments and then waiting to see which treatment worked. More commonly known as the System of the Fours, Hildegard’s practice relied on treating patients by “imagining how the environment outside of the body could affect the inside of the body,” using the elements of earth, water, air, and fire. Only in this way, through careful observation of the patient, she believed, could you begin to understand what was wrong with the patient. Hildegard was practicing slow medicine, and Sweet followed her lead.

Sweet’s book contains no medical jargon that the casual reader might balk at. And nothing too gory or gut-wrenching; just descriptive stories of patients, unusual treatments, a hospital in transition, and a doctor on a journey, learning to practice “a beautiful art.” Sweet came for a few months and stayed for more than twenty years, but she wasn’t the only one. When she asked her colleagues why they stuck around, they would “get a sort of faraway look in their face, and kind of cock their head, and sort of try and put their finger on it — and it was usually the patients. They’d stayed for the patients.” 7 p.m., free. 510-525-7777 or BooksInc.net