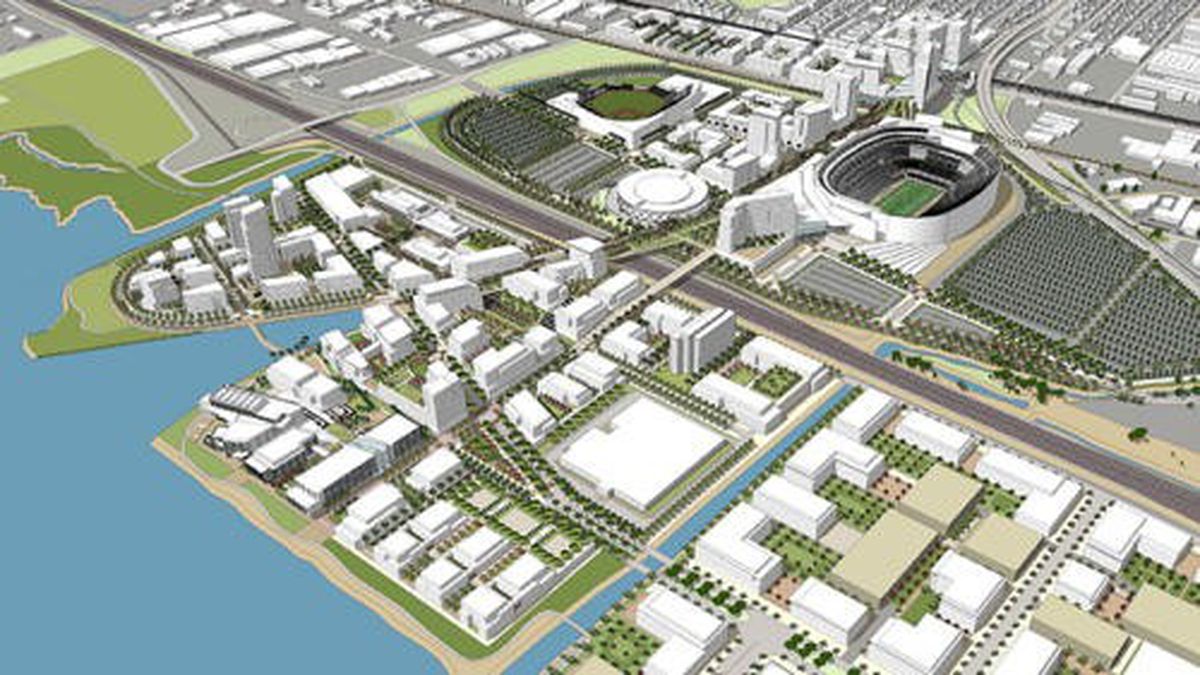 1. The Oakland City Council last night approved key aspects of the proposed Coliseum City plan, opening the door for the construction of a mega-development that would include new stadiums for the Raiders and the A’s, the Trib$ reports. The Raiders, however, have not yet committed to the proposal and A’s co-owner Lew Wolff has said that he has no interest in it.

2. The Bay Area Air Quality Management District is moving forward with a plan that would require property owners to replace their fireplaces with cleaner wood-burning stoves — or eliminate them completely — whenever a home is sold or changes ownership, the Chron reports. Wood-burning fireplaces in the Bay Area produce substantial amounts of pollution and greatly impact people with breathing problems.

[jump]
3. Oakland public schools have hired a private company to investigate the district’s police department and the use of force on campuses, the Trib$ reports. The move comes in the wake of a video that showed two Fremont High School security guards beating up a student.

4. A developer has broken ground on a 99-unit luxury apartment complex in downtown Berkeley at the corner of Dwight Way and Shattuck Avenue, the CoCo Times$ reports. The project by Olympic Residential Group of San Carlos also will include ground floor retail.

6. And Kaiser has launched a massive study to investigate the causes of childhood autism, the Chron reports.

Next ArticleObama Commutes Sentence of Prisoner Serving Life for Pot