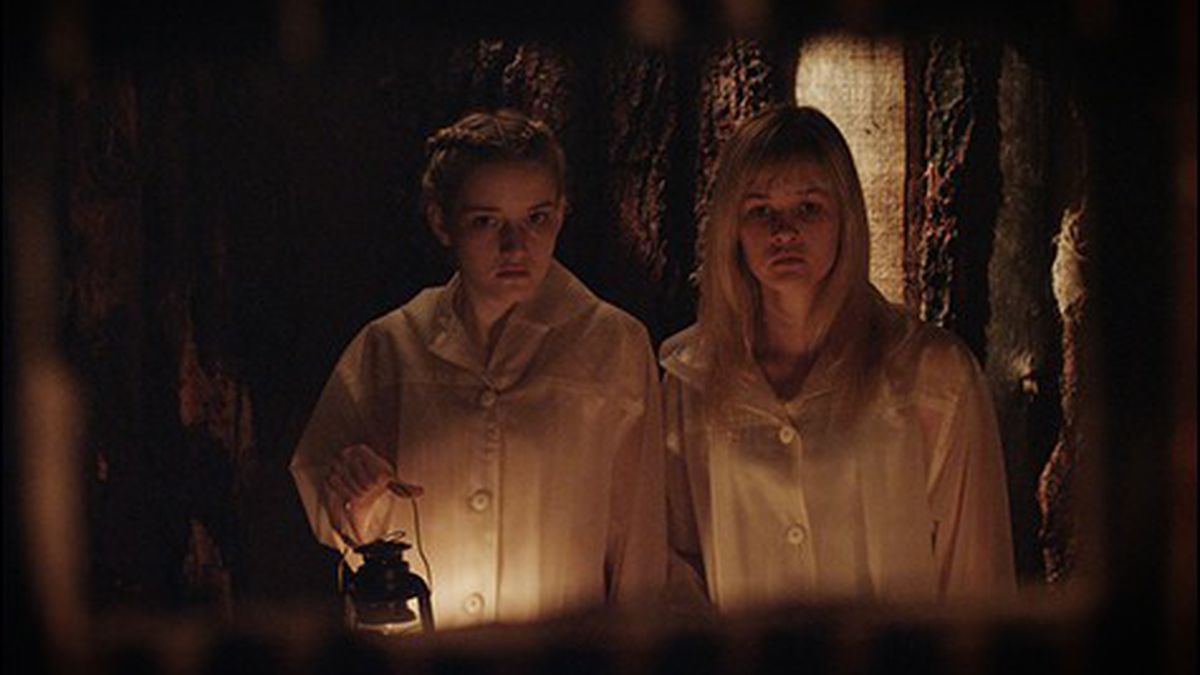 We Are What We Are

The other white meat.

In Jim Mickle’s stylishly macabre We Are What We Are, a reclusive nuclear family of cannibals is slowly decimating the population of a rural community. Perhaps the outline sounds familiar. The new movie is adapted from Mexican filmmaker Jorge Michael Grau’s 2010 release Somos lo que hay, which translated into English means “The Other White Meat.” Or was it “Clean Plate Club”?

Head of the clan is bearded, stern patriarch Frank Parker (Bill Sage), who spends a lot of time in his combination workshop/dungeon/slaughterhouse, tending to business. Frank’s two teenage daughters are ambivalent about the whole cannibalism thing. Fourteen-year-old Rose (Julia Garner) balks at kitchen chores involving cutting. Her older sister Iris (Ambyr Childers) has an inconvenient crush on a local law enforcer, Deputy Anders (Wyatt Russell), a former school classmate. Wonder what was in her lunchbox?

The Parkers belong to a tradition of crazy country folks with weird religious ideas, the sort of folks who look like they don’t bathe. Their culinary notions come directly from their ancestors, who first ate people in 1782. The family chronicle — there’s always a Scary Old Book — explains everything, but the only thing that bloody, implacable Frank will say as he serves up the chili is: “It’s our way.” Turns out Frank is suffering from kuru, a form of prion disease that comes from ingesting contaminated human brain tissue. Also, Doc Barrows, the town physician (Michael Parks from Django Unchained and more than a hundred movies and TV shows), is onto the Parkers, so it’s only a matter of time. Meanwhile, we amuse ourselves thinking up alternative titles: Cloudy with a Chance of Eyeballs; Lady Fingers, Anyone?; The Silence of the Neighbors, etc.

Director Mickle, who adapted the screenplay with Nick Damici, is a former production technician who worked his way up to make such titles as Stake Land and Mulberry Street. In addition to his gothic sensibility, Mickle has a talent for using sound. The obscure “old weird America” soundtrack tunes by Rube Lacy and other artists contribute to the eeriness. The silences in We Are What We Are have more power than any shock cuts.

Facebook
Twitter
Linkedin
Previous articleBicyclists Get a Sharrow on Oakland’s 40th Street
Next articleMid-Week Menu: Mockingbird Replaces Hibiscus, Off the Grid Comes to Concord, and Uptown Kitchen Celebrates Food Made for Stoners