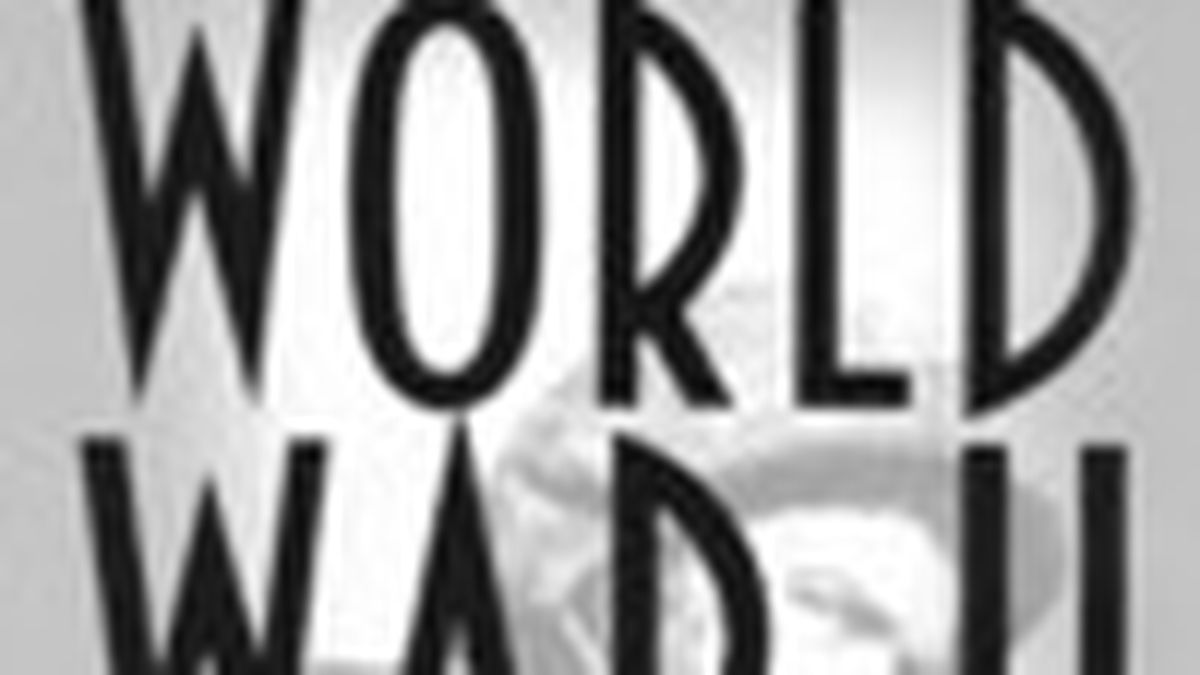 Donald Miller has (re)written one of the best books on World War II, but will anyone care?

Only a couple of months ago, it looked as though Donald Miller had a publishing home run on his hands–a thoughtful, exhilarating, inclusive book about World War II scheduled to hit stores just as Steven Spielberg and Tom Hanks’ Band of Brothers was finishing its critically lauded run on HBO. His work was–no, it is–nothing short of a publishing milestone: Miller has revised, expanded and substantially rewritten The Story of the Second World War, originally published at war’s end by Henry Steele Commager, among the most revered historians of the American 20th century. A compendium of first-person accounts of battle, from its participants and its war correspondents, Commager’s book was the very model of narrative history. It put you in the action, in the boots of the soldiers, the cockpits of its pilots, in the foxholes that became graves. It was a flawed piece of work, riddled with hundreds of errors bound to crop up when penning history on the fly, but an important work nonetheless–part textbook, part thriller. Miller had taken on the seemingly impossible task of updating Commager’s work, without betraying it, and come out the other end holding in his hands the retitled The Story of World War II, among the quintessential books penned on the subject.

But that was before September 11, before the United States once again found itself at war, only this time with thousands of casualties piled up on the home front. To a generation that wasn’t the Greatest Generation, a phrase that has made Tom Brokaw plenty of coin, World War II seemed but a speck in history’s rearview mirror. Millions still watched Band of Brothers, a lovingly gung-ho adaptation of Stephen Ambrose’s best-selling book that played like an episodic sequel to Saving Private Ryan, but no longer, it seemed, did they have much interest in reading about something that happened thousands of miles away, decades ago. Who needed Hitler or Tojo in 2001 when there was a new poster boy for hate? Who wanted to read about such distant places as Guadalcanal and Tinian when they need only look out their windows to witness, firsthand, the wasteland of war?

Where, only weeks ago, books about World War II filled the best-seller lists, suddenly climbing the charts–with a bullet–were titles about the Taliban, Osama bin Laden, Muslim extremists, terrorists, the Twin Towers. Selling faster than latex gloves was Germs, the book on bioterrorism penned by Judith Miller, Stephen Engelberg and William Broad. Bookstores couldn’t keep in stock The New Jackals, Simon Reeve’s 1999 book on bin Laden and terrorism; Yossef Bodansky, heretofore the little-known director of the Congressional Task Force on Terrorism and Unconventional Warfare, was selling by the thousands bin Laden and Al Qaeda books that, before September 11, sold in the dozens. Even Andre Kress Gillespie’s 2-year-old history of the World Trade Center, Twin Towers, published by Rutgers University Press, still sits high atop The New York Times list of best-selling hardcover nonfiction titles. Of the 15 top books on The Times‘ current list, five are somehow related or relevant to the events of September 11.

Which left Miller and his publisher, Simon & Schuster, trying to sell a 704-page, 35-buck World War II book in what Miller calls the “black hole of publicity.” The professor of history at Lafayette College in Easton, Pennsylvania, says he’s been bumped from several major network shows in recent weeks, which not so long ago would have lined up to fete a book narrated, in large part, by the men who fought in the trenches. He says he and Joe Persico, author of the recently published and well-reviewed Roosevelt’s Secret War: FDR and World War II Espionage, were scheduled to appear on one network talk show to discuss World War II. Instead, they were told by one programming executive, “Our audience wants to hear one thing. They want to hear about this war.” In their stead, such authors as Peter Bergen, whose Holy War, Inc.: Inside The Secret World of Osama bin Laden ranks among Amazon.com’s top sellers, fill the hot seats and push their own product.

“You’ve got a situation today where an obscure, horribly written university-press book about bin Laden is selling 300,000 copies, where it sold 200 in its original edition, which is what it deserved to get,” Miller says, though without a hint of bitterness in his voice. (Simon & Schuster has shipped 25,000 copies of Miller’s book.) “Barnes & Noble had a huge order in for this book, and they cut back the order. Then, a week and a half later, they re-ordered and increased the order rather dramatically, thinking again there is a continuing interest in World War II and an interest in the parallels between then and now. My friend’s a rep for Barnes & Noble, and he gave me the nitty-gritty on that one. Judith Miller’s book is doing very well, and they didn’t expect it to do that well. And neither did she.” He laughs.

At the last minute, Simon & Schuster offered Donald Miller the opportunity to add an afterword, in which he could parallel World War II and the so-called war on terrorism. If nothing else, perhaps, the publisher felt it would make The Story of World War II more relevant, more timely–as though such a thing were possible. He wisely declined, even though, during his current tour of national bookstores, where he speaks and signs, he is inundated with questions from an audience that wants to know, among other things, “Are we really at war?” and “Was World War II like the war on terrorism?” Miller figures he spends half of his visits talking about the comparative aspects of both conflicts. And his students likewise eat up teaching time worrying and wondering. “These kids are really upset about this war for a lot of reasons,” Miller says, “the reasons I was upset about the war in Vietnam.”

Yet he feels that any comparisons he might offer would be contrived, if not downright cynical. Sure, he insists, there are a few to be made–both wars are about revenge, more or less, fueled by a certain kind of racism. Where once the United States wanted to get those Japs, portraying them in popular media as buck-toothed buffoons with thick glasses and bright yellow skin, now we play scud-and-seek with camel jockeys and towelheads.

“I was playing golf with a guy the other day,” Miller says, “and he was saying, ‘Get every fucking raghead in the country out of here. I don’t care how many of them there are. I don’t care if some of them worship at a Protestant church, let alone a peace-loving mosque.’ You really get the feeling, and it’s increasing. That’s where the comparisons really are: Then, as now, we were fighting an enemy who will do seemingly anything to win.

“You don’t want to beat these comparisons to death with what’s going on today, but I remember a couple of days after the World Trade Center was hit, I thought to myself, ‘My God, Hitler came to power in 1933, and the first bombing was in 1993, and Pearl Harbor was in ’41, and the World Trade Center was in ’01. And in both cases, we ignored the early evidence that we know terrorism’s out there, but we’re surrounded by these two oceans, and American power won’t let this affect our daily lives.’ Then all of the sudden, out of the blue, we’re hit and not quite ready for it. Then there’s this discussion of can we fight a protracted war. And the Japanese propaganda through the early part of the war was we’re soft and materialistic: ‘We’ll bleed ’em,’ they said, ‘until they succumb.'”

The Story of World War II is a remarkable book in any context; one need not wrap it in today’s headlines or network-news crawls to make it relevant or electrifying. It’s the sort of project borne of necessity and passion: Miller’s own father was a World War II veteran, as were many of his relatives. He grew up begging the old men for tales they preferred to keep locked in the attic, along with their old uniforms and purloined souvenirs taken off slain Nazi soldiers. When Miller’s father died in 1995, the historian, who had written books about cultural critic Lewis Mumford and the building of Chicago, decided he wanted to tackle the war.

But he had no jumping-off point, not until he found in the offices of friend and documentarian Lou Reda a copy of Commager’s original book, which Commager had written while working as propagandist and historian for the War Department in Paris, London and Washington, D.C. During the war, Commager had plowed through everything written on the subject, from speeches to news broadcasts to magazine pieces to government documents, and assembled the best and most pertinent material into a single bound document.

Miller found the book brilliant but flawed: Because Commager had never set foot in the Pacific theater, The Story of the Second World War was decidedly Eurocentric; like President Roosevelt, he, too, thought the war would be won or lost in Germany. And Commager never had access to firsthand accounts of battle, except those that had been combed over by military censors. So Miller began interviewing dozens of veterans, and in the end, he not only revised Commager’s work but made it substantially his own–to the point he even thought about abandoning the project and doing his own World War II book. (Indeed, he just signed a contract to write another, this one about the 8th Air Force, with whom his father flew.) In the end, the book was both revelation and cathartic for the author. For the reader, it’s the best kind of historical narrative: You chase its pages, wondering always, “Will we win?” And that’s what makes it an important book, today, tomorrow, always.

“Total war is the most awful thing ever invented by humankind,” Miller says. “When you get a war that’s so bad that an atomic bomb is seen as a deliverance, you got yourself in an awful situation, and God help us if we ever have to fight something like this again. I hope the book stands alone, independent of any context. It’s like the so-called Greatest Generation itself. You don’t have to glorify their deeds or make their actions relevant to our time or use their heroism for our political purposes. I think you let them alone and let their deeds stand for themselves.”