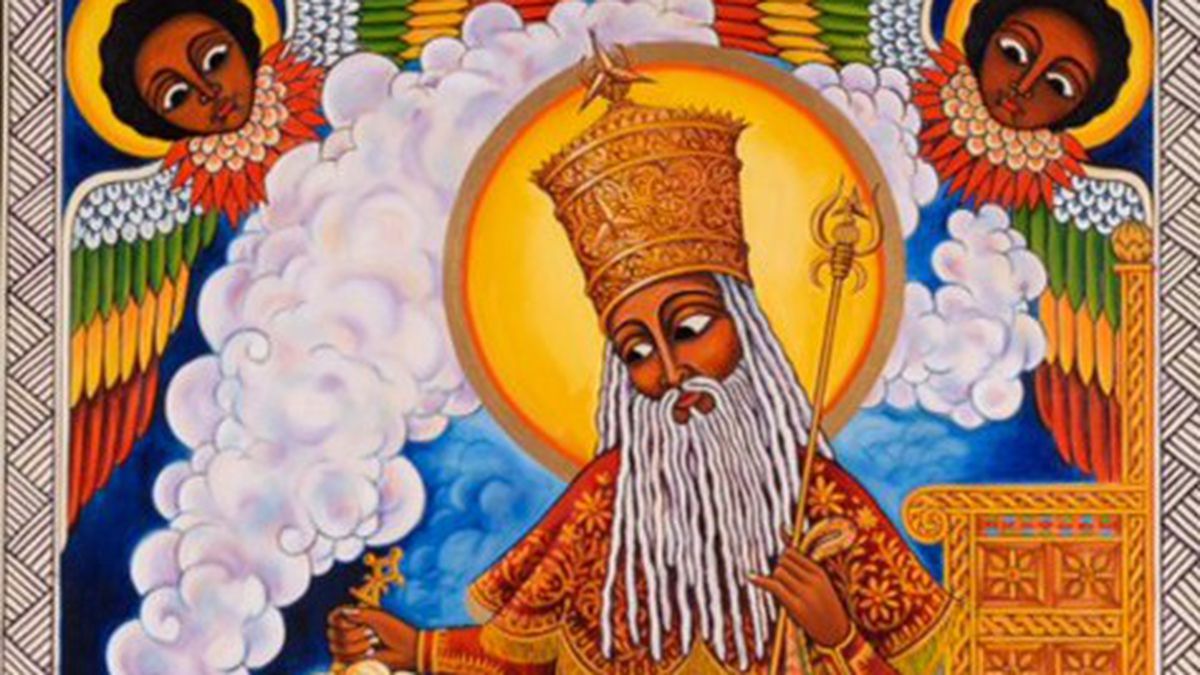 Rastafari artist and author Abba Yahudah shows a striking range of works in The Art of a Journey at Oakstop.

Artist Abba Yahudah threads his spirituality throughout everything he does. Yahudah is a proud Rasta, and he recently released a book entitled A Journey to the Roots of Rastafari, which historically chronicles the movement and expands on its virtues from the perspective of a devoted practitioner. But his presentation in The Art of a Journey at Oakstop (1721 Broadway, Oakland) reminds viewers that his work should not be viewed solely through the lens of his beliefs, or any other categorical characteristic of his identity.

Yahudah was born in St. Catherine, Jamaica to a family of artists and builders. At fifteen, he immigrated to the United States, and took on a job as a sign painter. After many years of studying and working creatively in New York City, he now lives in the Bay Area, making art that travels the world, informing people about the Rastafarian way of life.

But beyond being informational, Yahudah’s work is simply striking. Most immediately entrancing is his use of vibrant colors — an effect that he considers to be therapeutic. In his religious series, “Angels and Icons,” he brings to life visualizations of biblical excerpts, interpreted in alignment with his own spirituality. Explained in long wall texts as part of the show, the interpretations reflect Yahudah’s strong devotion to the “rebirth of the Goddess” and resistance toward “false patriarchal ideologies that subjugate the feminine principles.”

The pieces themselves reflect familiar styles of Catholic painting, with icons floating on thrones and cherubs adoring central figures. But Yahudah’s cherubs have rainbow-feathered wings, small afros, and big brown eyes. The colors he uses are brighter, his compositions are pleasingly symmetrical, and all the figures he depicts appear to be of African descent.

The Art of a Journey also includes some of Yahudah’s abstract work, including pieces from his “Made in Ethiopia” series. His abstract works could be understood as simplifications of his religious paintings, minus the dogma, and focusing instead on the energy and broader notion of faith. Circles and lines intersect to form eye-like shapes, reminiscent of those peering out from the cherubs’ faces. Although the symmetry and imagery is discarded, the same vibrancy and harmony remains.

“Made in Ethiopia” provides an aesthetic bridge between the figurative and abstract, offering designs that incorporate religious figures into pattern-like compositions, highlighting how his various styles work as differing riffs on the same subject matter.

Yahudah will be giving a talk at the show’s closing reception on Saturday, January 10 from 1­–­6 p.m.

Armageddon Exhibit A: “Smell Yo Dick”