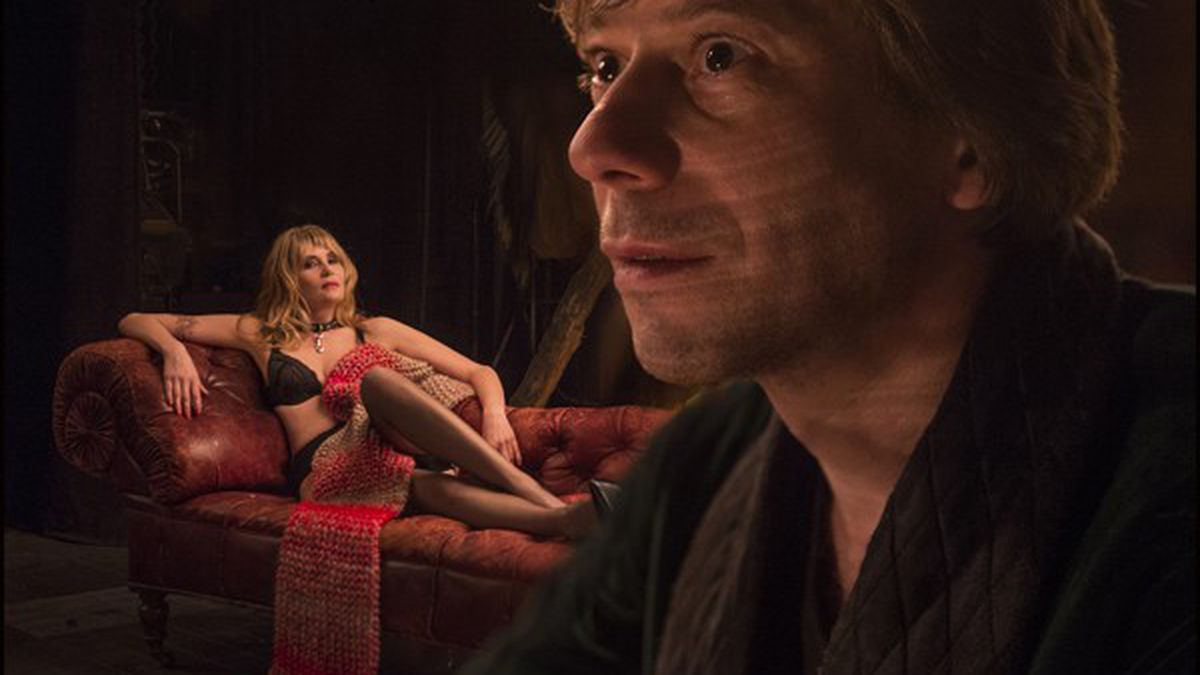 You’d think the combination of Roman Polanski and Leopold von Sacher-Masoch would be a match made in histrionic heaven. After all, Polish international filmmaker Polanski has spent his career constructing scenes of crime, madness, cruelty, and sexual obsession, while Austrian writer Sacher-Masoch (1836-1895) is best known for his novella Venus in Furs, and for being, arguably, the first “masochist” (the term was coined in 1886 with Sacher-Masoch’s name) — the novella describes a man who gains sexual satisfaction by instructing a woman to dominate and humiliate him.

Sadomasochistic motifs have certainly cropped up from time to time in Polanski’s filmography, and the superficial trappings of Venus in Furs are something of a pop-culture perennial. But Polanski’s new film, Venus in Fur (La Vénus à la Fourrure, Polanski dropped the final “s” on furs), is actually an adaptation of a stage play by David Ives, also based on Sacher-Masoch’s work. And so we’re ushered into the second of Polanski’s late-career filmed plays (after 2011’s Carnage) — an elliptical two-character actors’ exercise with Mathieu Amalric and Emmanuelle Seigner in the roles of a harried playwright/director casting his version of the Sacher-Masoch property and an opportunistic auditioning actress, respectively. At first, Thomas (Amalric) behaves dismissively toward Vanda (Seigner), but as the “audition” proceeds, he subtly concedes authority and she gleefully assumes it, with maximum cartoonish dominatrix strutting.

The play-within-a-play, adaptation-of-an-adaptation structure naturally puts us at a distance from the material and makes Polanski’s movie more of a deliberate objet d’art. There’s none of the sweaty, life-and-death urgency of Rosemary’s Baby or Chinatown or The Pianist in the stagey posturing, just two actors running through a drill. It’s a momentarily captivating drill, but neither Ives’ play nor Polanski’s screenplay (written with the playwright) have much blood in their veins.

As has been pointed out, the 48-year-old Mrs. Polanski — Seigner married the director after starring in Frantic in 1988 — is probably a little long in the tooth to play a struggling ingénue. And actor Amalric, whose Polish-Jewish mother evidently came from the same region as Polanski, is a startling, distracting dead ringer for the Polanski of The Fearless Vampire Killers. Don’t let either of these quibbles detract from their performances. Seigner and Amalric are just fine — it’s the concept that’s a bit chewed-over. Before it takes a turn toward silliness in the last act, Polanski’s psychodrama lands one or two solid punches in the received-wisdom solar plexus, but time has already passed it by.