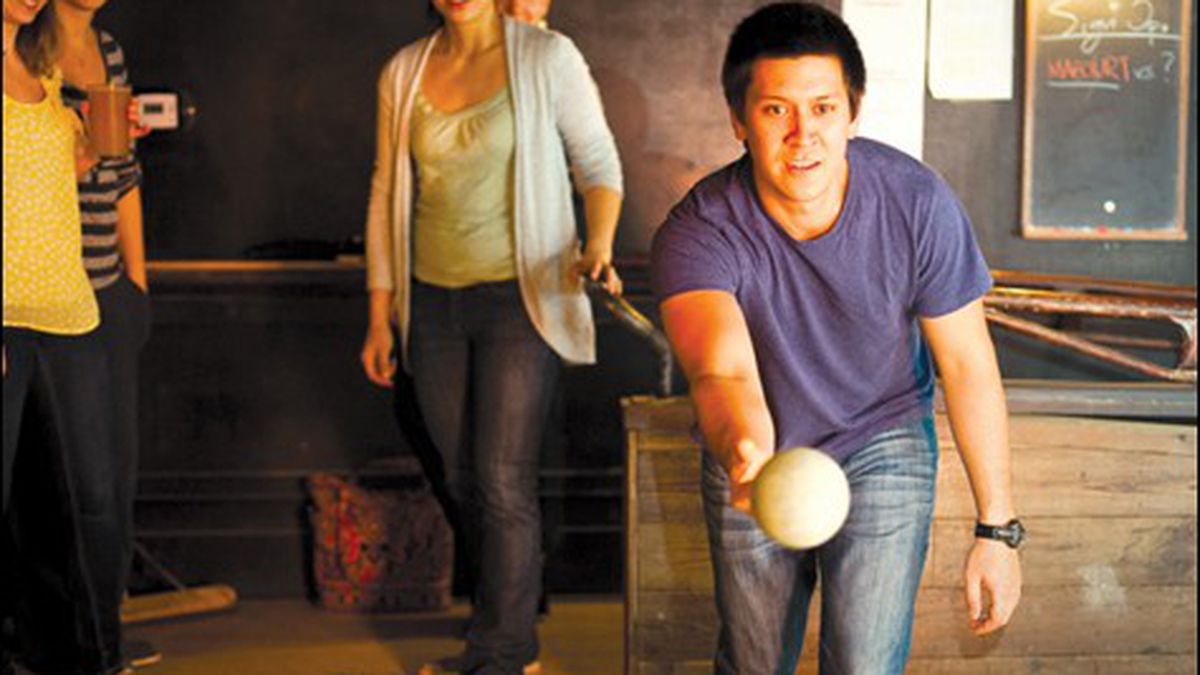 The name “Uptown” has long been synonymous with “new development” in Oakland, and it remains the city’s fastest-growing retail corridor. Since 2002, the “up” part of the name stood for “magical transformation,” and the neighborhood followed suit. Uptown Nightclub, Farley’s, Mua, Ozumo, The Fox Theater, and the whole slew of Art Murmur storefront galleries turned this north section of the city’s downtown into a veritable hotbed, paving the way for a whole phalanx of condos and modish apartments. In the past few weeks alone, we’ve seen the addition of Telegraph, a new cafe opening in the storefront that used to be Mama Buzz Cafe and Art Gallery (2318 Telegraph Ave.), signifying the end of one beloved institution and — hopefully — the dawning of another.

Last year saw the rise of Make Westing (1741 Telegraph Ave., 510-251-1400, MakeWesting.com), a bocce ball bar with an assortment of craft cocktails, at least one of which involves a slice of cucumber. Nearby, the similarly fancy Plum Bar (2214 Broadway, 510-444-7586, PlumOakland.com) offers a locally-sourced menu with seafood, kombucha, housemade sodas and yogurt, and leafy or flowery garnishes. Its sister restaurant, which opened last spring, is the latest enterprise of Michelin-star winner Daniel Patterson, whose street cred derives both from his North Beach restaurant, Coi, and from his think pieces in New York Times Magazine.

Last year also saw the emergence of Bar Dogwood (1644 Telegraph Ave., 510-444-6669, BarDogwood.com), another exposed-brick, industrial chic business that emphasizes charcuterie (a gastronomic trend that appears to be making a comeback). If you’re a meat fetishist, this might be your place: Owner Alexeis Filipello lists boar salami, lardo, and duck prosciutto among her cured meats, along with bacon chutney, artisanal cheeses, and elegant cocktails. Xolo Taqueria (1916 Telegraph Ave., 510-986-0151), another new business and latest edition to the small empire of Restaurante Doña Tomás, opened next door to Flora last April. True to the brand, it features affordable taqueria prices ($2.75 tacos and $3.95 churritos), plus an impressive burrito menu and a special braised goat dish called. If you’re particularly adventurous, Xolo also serves a bacon-draped hotdog, appropriately dubbed the Danger Dog.

Since Uptown is also known for its dance clubs, we’d be remiss not to mention The Rocksteady Cafe (1745 San Pablo Ave.), which just opened in the same building as The New Parish and Hibiscus Restaurant. For a while it was home to the soulful house music party Brothers and Sisters, which ended on February 3. It’s also hosted Dave Paul’s massively popular Prince & Michael Experience, a mashup dance event that pays homage to the two best entertainers of the Eighties.

The fact that Uptown has developed and prospered amid an economic downturn has made it a source of pride, and an object of fascination. Some optimists have even dubbed it “recession-proof.” While that might be an overreach, it looks like this swath of the city will only keep expanding in the near future, helping Oakland become the “destination location” it always dreamed it could be.